An ITV undercover investigation has revealed 18 mosques that agreed to  perform marriages of girls as young as 14.

Leaders of the nation’s largest  Somali community in Minneapolis say some of their young men are still being  enticed to join the terror group that has claimed responsibility for the deadly  mall attack in Kenya, despite a concentrated effort to shut off what  authorities call a “deadly pipeline” of men and money.

Russia: Muslims in Moscow warned not to sacrifice  animals in the street

The Moscow Department for National and Religious Policy has issued a reminder to Muslims that the sacrifice of animals  on the forthcoming Muslim holiday should be done only at  dedicated sites outside the city limits, after previous reports of sacrifices on some Moscow streets  ignited complaints from the public.

Two prominent speakers reported  to hold extremist views have been banned from speaking at an Islamic conference  at the University of London following warnings from the Metropolitan Police.

The City of Saskatoon is fighting calls to ban religious prayer from city  events, asking its solicitor to find a way to maintain the tradition in the  130-year-old city founded by temperance Christians while being as inclusive as  possible of residents in the rapidly growing city.

A stunning debate on television in the Middle East featured a 10-year-old Yemeni “bride” who was ordered by her parents into a contract marriage and an Islamic cleric who argued that such arrangements are ordinary.

Kuwaiti Islamic scholar: “First of all, as a Muslim, I believe that the Jews are evil”

Conspiracy paranoia regarding those whom the Qur’an designates as the worst enemies of the Muslims (5:82). “Kuwaiti Scholar and TV Host Rely on ‘Mein Kempf ‘ and ‘The Protocols of the Elders of Zion’ in Antisemitic Diatribe,” from…

Did they use American weapons?

They don’t have to worry about anything. No matter what they do, Barack Obama and the international media will accord them the moral high ground.

ICC Note: This opinion piece from the San Diego U-T is written by a Nigerian living in Southern California. It efficiently relates the history of Boko Haram, and also provides a chilling account of one man’s miraculous deliverance from their savage grip.

ICC Note: The European Parliament passed a resolution on Thursday, October 10th, condemning the violence and persecution against Christians in Syria, Pakistan, and Iran. The past few months have seen a dramatic increase in hostilities against the minority Christian community in these countries as extremist interpretations of Islam that promote violence to create an Islamic state have gained greater influence.

ICC Note: Iraqi church leaders addressed the conditions that led to a mass exodus of Christians out of the country in a meeting with Iraqi Prime Minister Maliki.

ICC Note: Boko Haram is suspected in the machete attack last month that left a 78 year old Italian missionary in a coma. Sadly, Afra Martinelli has succumbed to her wounds, adding yet another tragic death to the mounting toll attributed to religious cleansing in Nigeria.

The seven Christians who are accused of the murder of Hindu leader Laxamananada were convicted and sentenced to life in prison.

Seems to be no End to Violence Against Christians in India

Karnataka: no end to violence against Christians

Karnataka suffers a higher rate of violence against Christians in India than almost any other state. There Hindu radicals continue “brutal and relentless” violence against believers, and there seems to be no end in sight.

(Washington, D.C.) — “Two-thirds of Jewish Israelis believe U.S. president Barack Obama will fail to  keep his promise to prevent Iran’s development of nuclear weapons, while only 27 percent believe he will succeed,” reports the Jerusalem Post. “This according to the monthly Peace Index poll taken by the Israel Democracy Institute and Tel Aviv University, which was released on Thursday.”

“The survey of 601 respondents  constituting a representative sample of the adult population of Israel was conducted last Monday and Tuesday, the days that Prime Minister Binyamin Netanyahu met with Obama in Washington and delivered his address to the United Nations General Assembly,” noted the Post. “The headlines in the days ahead of the poll were about  the Iranian charm offensive at the UN and the phone conversation between Obama  and Iranian President Hassan Rouhani.”

(New York, New York) — “The first major survey of American Jews in more than 10 years finds a significant rise in those who are not religious, marry outside the faith and are not raising their children Jewish — resulting in rapid assimilation that is sweeping through every branch of Judaism except the Orthodox,” reports the New York Times.

“The intermarriage rate, a bellwether statistic, has reached a high of 58 percent for all Jews, and 71 percent for non-Orthodox Jews — a huge change from before 1970 when only 17 percent of Jews married outside the faith. Two-thirds of Jews do not belong to a synagogue, one-fourth do not believe in God and one-third had a Christmas tree in their home last year.”

“It’s a very grim portrait of the health of the American Jewish population in terms of their Jewish identification,” said Jack Wertheimer, a professor of…

You don’t have to be a Christian long to recognize you don’t always get what you pray for. Why doesn’t God seem to answer all our prayers? Is it because we aren’t praying properly, or have we simply failed to recognize God’s answer?  – See more at: http://coldcasechristianity.com/2013/why-doesnt-god-answer-all-my-prayers/

There are some who have been trying to synthesize Christianity and Islam. The fact is that these two faiths are mutually contradictory on a number of points. This post by the “Valley Girl Apologist” outlines 21 major differences between Islam and Christianity.

What are young atheists saying? Whatever it is they are telling us about religion is quite instructive, because it allows Christians to shore up their defenses and counter the distortions atheists have about Christianity. Most importantly, it seems that Christians are viewed as insincere and unconcerned with the way their beliefs should inform their lives. Read this post and get some valuable takeaways. 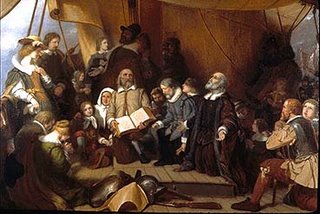 King James Only advocates claim that if a person were to study the history of how the KJV was carried throughout the world after its publication, he will clearly see God’s hand of blessing upon those people and nations who honor the KJV as God’s final authority.

For example, the exclusive use of the King James Bible was instrumental in the Puritan revival, the founding of America, the two Great Awakenings, and the great missionary endeavors during the 17 and 1800s.

Although this may appear as unfounded speculation to some, the undeniable blessings of God which accompanied the preaching of the A.D. 1611 Authorized Version constitute the central, irrefutable argument for the superiority of our King James Bible. Church history confirms that the greatst [sic] period of revivalism and missionary activity prevailed when the Authorized Version reigned supreme…

A church worker in Beijing repeated to me the tale of a church that had
worshipped in a cave during the Cultural Revolution. These Christians had
somehow saved a single Bible from destruction, but they lived in terror that it,
too, would be lost. So the believers each memorized a book—as long as they
lived, so did the Word.

Ironically, persecution strengthened Chinese
believers’ faith and determination, and religion eventually proved stronger than
its opposition. Document 19—one of the primary policy statements on religion in
China, derived from the same party gathering that established Deng Xiaoping’s
rule—states that “those who expect to rely on administrative decrees or other
coercive measures to wipe out religious thinking and practices with one blow are
even further from the basic viewpoint Marxism takes toward the religious
question. They are entirely wrong and will do no small harm.”

That’s an
incredible acknowledgement of failure from the government. Since Deng Xiaoping,
Beijing has attempted to manage and control religion through an elaborate
religious bureaucracy, all the while predicting religion will die out
naturally.

But statistics, however fuzzy, suggest precisely the opposite
has happened:
Christianity’s growth in China has been
dramatic. Some believers worship in the state-sanctioned churches, but most
still worship in so-called house or underground churches, which operate outside
the sanctioned system—making them tough to number. But there are rough
estimates. The Chinese government’s lowballed statistics numbered twenty-three
million Protestants and 5.7 million Catholics. The Pew Forum on Religion and
Public Life reported fifty-eight million Protestants and nine million Catholics;
other plausible studies suggest the total number of Christians has surpassed one
hundred million.

Holiness consists in conformity to Christ. Calvin writes, “Because the Father has reconciled us to Himself in Christ, therefore He commands us to be conformed to Christ as to our pattern.” Indeed, he continues, “Unless we ardently and prayerfully devote ourselves to Christ’s righteousness we do not only faithlessly revolt from our Creator, but we also abjure Him as our Savior.”

This is strong language. The word ardently conveys the idea of eager zealousness, or as we might say today, “going all out” or “giving 100 percent.” The word abjure means “to renounce strongly,” as in Peter’s third denial of the Lord when “he began to invoke a curse on himself and to swear, ‘I do not know the man’” (Matt. 26:74).

Calvin leaves no room for a middle ground. Either we ardently pursue the example of Christ or else we strongly renounce Him by our conduct and lifestyle. How different this standard is from the attitude of so many of today’s Christians, who are quite casual or halfhearted in their pursuit of Christlikeness. But from Calvin’s matter-of-fact writing style, it is clear that he regards a zealous pursuit of holiness as the normal Christian life.

Such an ardent pursuit of Christlikeness requires a strong motivation. To find it, Calvin appeals to the blessings of God: