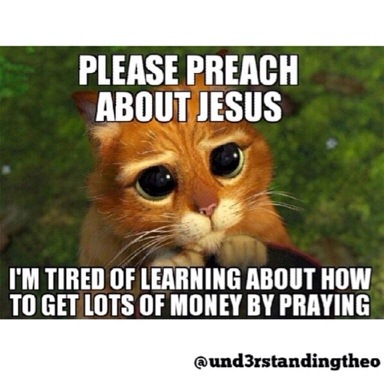 My pal Lyndon has pounded out his review of the 9th chapter of Michael Brown’s book, Authentic Fire.

The good Lord willing, I should have my review of the tenth, and final chapter, up early next week. Then, in cooperation with the fine folks over at Cripplegate, there are plans in the works to republish the entire series over on their blog, which will certainly reach a vaster and more theologically diverse audience than what either myself or Lyndon could possibly reach.

And to show once again that we mean no ill will toward Dr. Brown when we critique his book, check out this cool gigantic statue of Kenny Loggins a group of fans had built. 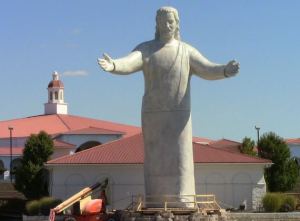 Comes now the final chapter in this short series. I pray you have been convicted, encouraged, edified, reproofed, and 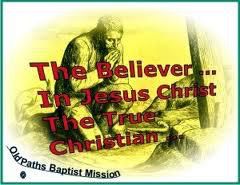 drawn closer to the Lord who shed His blood to redeem those the Father chose before time as His. As I noted in my remarks on part 2, when one is healed from spiritual death by the Holy Spirit, there will be signs of life just there are when a child is born of the flesh.

The CEO of Mozilla was forced out  because he donated $1000 to the Prop 8 campaign out in California.  Oh. The. Horror. of such an act…

MOZILLA, the outfit behind the Firefox web browser and other software, has just lost its chief executive, Brendan Eich (pictured), who resigned on April 3rd after spending little more than a week in the job. His departure raises thorny questions about where lines should be drawn between leaders’ personal beliefs and their corporate roles.

Mr Eich quit after a controversy blew up about his views on gay marriage. In 2008 he gave $1,000 to a campaign that supported Proposition 8, a California ballot measure banning same-sex marriage in the state. The measure passed but was subject to legal challenges. Prop 8’s supporters went all the way to the federal Supreme Court, which last year dismissed their appeal, thus allowing gay marriage in California to…

Dr. Tony Evans was recently our guest at LifeWay. While he was here, Jonathan and I had a chance to sit down with him and record an episode of Rainer on Leadership. Dr. Evans is still one of the greatest influences on my ministry, and I was encouraged by this discussion about life, ministry, fatherhood, and more.

In our discussion, I we covered these questions and quite a few more:

Mars Hill Church, the Seattle megachurch pastored by Mark Driscoll, has moved to destroy all staff emails more than three months old. According to the church’s new email retention policy, announced this week, the email deletions would reduce technology costs. But a group of former staff, elders, and members say the new policy is a deliberate attempt to destroy documents that might be used in litigation against the church.

WORLD obtained an email from the church announcing the new policy, scheduled to go into effect by the close of business today. “We are now shifting to a new email retention policy, which will automatically retain emails only from the last 90 days on our machines, servers, and backups,” the email read.

Reaction to the new policy was immediate, with some former staff members and elders saying that even though Driscoll issued a lengthy statement confessing to and repenting of behavior that has led to recent controversies, this action is not consistent with that statement.

Law and legal issues are of course a vital component of life. And for good parts of human history the laws of God stood over, and greatly influenced, the laws of men. But in the secular West today this is becoming more and more rare, and increasingly we find the rise of ungodly, if not anti-God, law.

This comes in many forms, including so-called anti-discrimination, equal opportunity, and anti-vilification laws. These are being used to stifle Christians from sharing the gospel, forcing them to violate their own consciences, and keeping them from speaking out publicly about important social and moral issues. We see examples of this happening all the time.

Today law in the West is largely in the hands of those who adhere to the worldview of secular humanism. This is reflected on a daily basis in a whole host of areas: laws and legislation passed, court and judicial decisions, sentencing for crime, activist agendas promoted through law, and so on.

The new Hollywood blockbuster “Noah” has created a tremendous amount of interest in the story of Noah’s Ark. Traditionally, most people have regarded it as just a cute Bible story to tell children. But could it be real? Is there solid evidence that Noah’s Ark actually existed? If there is real evidence, would you believe it? What you are about to see is absolutely stunning. In fact, some of the things that you are about to see are so shocking that many people will simply refuse to accept them. Later in this article, you are going to see video footage of the physical remains of Noah’s Ark. This discovery has been known about for quite some time, but the mainstream media has mostly ignored it. A boat-shaped object that is the exact length that the Ark should be and the exact width the Ark should be has been found on the mountains of Ararat. Ground penetrating radar shows us how the Ark was laid out, and scientific tests have been conducted on wood and metal extracted from the (Read More…)

How long can America continue to burn up wealth? How long can this nation continue to consume far more wealth than it produces? The trade deficit is one of the biggest reasons for the steady decline of the U.S. economy, but many Americans don’t even understand what it is. Basically, we are buying far more stuff from the rest of the world than they are buying from us. That means that far more money is constantly leaving the country than is coming into the country. In order to keep the game going, we have to go to the people that we bought all of that stuff from and ask them to lend our money back to us. Or lately, we just have the Federal Reserve create new money out of thin air. This is called “quantitative easing”. Our current debt-fueled lifestyle is dependent on this cycle continuing. In order to live like we do, we must consume far more wealth than we produce. If someday we are forced to only live on the wealth that we create, it will require a massive adjustment in our standard of living. We have become great at consuming wealth but not so great at creating it. But as a result of running gigantic trade deficits year after year, we have lost tens of thousands of businesses, millions upon millions of jobs, and America is being deindustrialized at a staggering pace. (Read More….)

If you do not conform to the new politically correct moral code in America, you cannot be a CEO of a major corporation. If you think that I am joking, just read on. I am actually deadly serious. If you are a young person in America today, what you believe about certain issues is going to determine how high you can climb the ladder in your professional life. In fact, a day is rapidly approaching when anyone that wants to have any measure of professional success in our society is going to have to conform to the moral code. If you choose not to conform, the thought Nazis WILL get you. (Read More…..)

According to this chart from JPM the market’s forward P/E ratio now is precisely 15.2x. What was it at precisely the last bubble peak on October 9, 2007? 15.2x.
Everyone knows what happened next.

The man who is the face and voice of the Southern Baptist Convention on public policy believes fighting to protect natural marriage is “a politically ridiculous thing to do right now.” Such pessimism is unbecoming for a man whose role is to be a leader in the task of returning our nation to its moral center.

Russell Moore is the president of the Ethics & Religious Liberty Commission of the Southern Baptist Convention. He is the face and the voice of the SBC on matters of public policy. His role is thus of enormous importance since the SBC is the largest Protestant denomination in America, after the Catholic Church.

Many may choose to give up on offering health insurance at all. The data from HHS after the passage of Obamacare showed that the Obama administration expected as many as 93 million Americans to be thrown out of their existing coverage, with employers opting to either scale down or get out, paying the fine instead.

Either way, the ACA imposes massive costs on employers, whether those come in the form of fines, higher premiums, red tape, or a combination of all three. Businesses that have new and massive costs imposed on them by regulatory changes no longer can use that capital for investment, risk-taking, and expansion. That means fewer new jobs for Americans, and fewer opportunities to move up the economic ladder as well.

Every so often I hear someone say in despair, “What is this world coming to?” This kind of comment usually comes in response to a doomsday report of some kind. You know the kind I’m talking about…

Statistics show that kids are more sexualized now than ever, and that 70% of kids will have sex before graduating high school!A new report says that 45% of Americans think that God wants them to be happy more than anything else!

Middle Eastern affairs professor Nissim Dana spoke to Arutz Sheva Monday about his upcoming book, To Whom Does This Land Belong?: New Insights into the Koran, and revealed that Islam absolutely does not have a claim to the Land of Israel – even by its own standards.

The Professor explained that the new book, published by the Bialik Institute and Ariel University, reveals several more insights into the Koran that remain unknown to the average Muslim and even some Muslim religious leaders.

“What makes Left Behind different is that it is a contemporary story that could actually happen at any moment.”It’s also a historical account, in a sense, because it’s based on a true story,” he added. “It just hasn’t happened yet, so it’s very important to us that the core story not be changed. We had offers from three of the major studios in Hollywood to distribute this movie, but none would allow final control of the story to be left in our hands.”

Perhaps you’ve heard that there is trouble brewingamong evangelicals.Younger Christians are weary of pitched cultural battles and are longing for the “real Jesus” – a Jesus who talks more about washing feet and feeding the poor than flashpoint issues like same-sex marriage and the sanctity of life.

If key evangelical influencers don’t listen, we are told, they are about to lose the entire millennial generation. Or, maybe that generation is already gone.

The chief of the nation’s Coast Guard, Adm. Robert Papp, says in the video, “We were called into the Oval Office and President Obama looked all five service chiefs in the eye and said, ‘This is what I want to do.'”