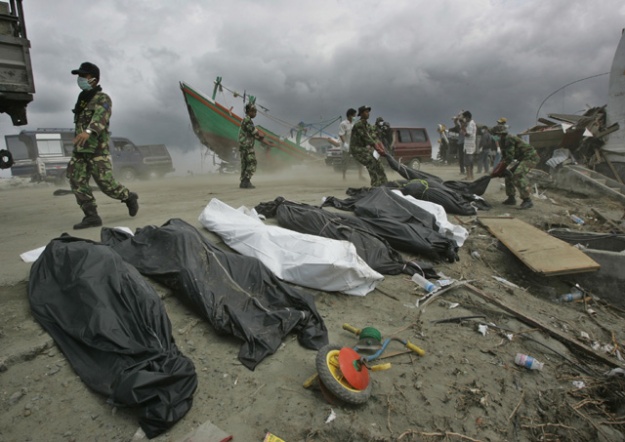 Why Does God Allow Disasters and Calamities?[1]

When the water came, I was frightened,” recalled Sanga, 12 of the tsunamis that struck in late December.  “We ran, and our home is gone.”

“From Thailand to Somalia, more than 150,000 people died in the tsunamis.  The United Nations Children’s Fund (UNICEF) first estimated children made up one third of the death toll.  But…that percentage, if anything, might be too low.  Children are much less able to run away, fight the water, hold onto or climb a tree…the youngest were simply unable to.  While some children scaled a mango tree, evading the torrent, half the group [from an orphanage]—mostly babies and toddlers—did not make it.~ “The Most Vunerable Victims.”  January 12, 2005, CNN.com.

When this event occurred, many questions transpired