We have decided to transcribe the interview between Brian Houston and Mark/Grace Driscoll that was aired at Hillsong Conference 2015. Brian Houston stated that he talked with Mark and Grace Driscoll for “an hour and fifty three minutes” but managed to edit the interview to be “fifty minutes” long. So we would greatly appreciate it if people can help fix any errors or fill in words or phrases that we could not understand. To listen to the audio of this interview – click here.

CROCODILE TEARS IN A KANGAROO COURT

Brian Houston has given Driscoll a platform to repackage, re-market and re-launch as a Pastor on the preaching network. The result was a one-sided, orchestrated, kangaroo court where Driscoll elicited sympathy and support. 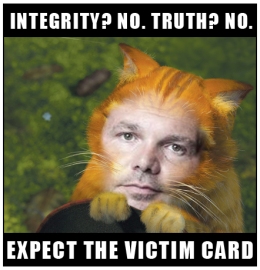 We called it all right. Driscoll played the victim card at Hillsong Conference 2015.

Before reading the interview, we would emphatically encourage you read to read the below article, researching all the things Mark…