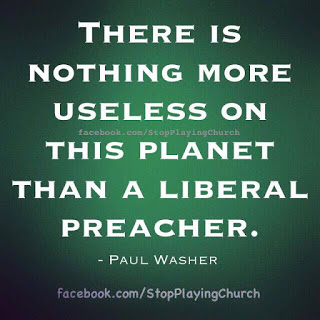 Lots of stuff today, for another rocky ride; hold on to your hats!
First up, Is the Bible Full of Contradictions?  It’s a 53 minute video.
Gary E. Gilley did a three-part examination of the emerging church back in 2006.  You can read this series here, here, and here.
Discernment diagnostics — some good tests!
Anna McCarthy — another blogger pretending to be a Christian with good advice.  She’s certainly one to avoid!
I can certainly empathize!
Catholic gullibility.  H/T Doug
More proof that the Pope is a false teacher and a disgrace to the Christian faith.
“Thousands of conversions”?!?!  Conversions to what? These charismaniacs keep regurgitating the same false revivals with the same false “signs and wonders.”  People are so gullible — which is very sad.
This should be a no-brainer.  A pastor who commits adultery should never be in the pulpit — or any leadership position — again.
So why does Tim Keller allow this man to remain on staff?
The false apostles of the NAR — another good episode from Doug Evans
The greed of the top false prophet of the NAR is putrid.
I never cared for Oswald Chambers’ devotionals/teachings because I found them to be mostly fluff.  Yes, he had some good worldview things to say, and I would have no problem sharing some citations from him, but I could never recommend him as a teacher.  Now I can explain why.  (Steve Bricker also has an example of problems with Chambers.)
Are you guilty of “confirmation bias”?
SBC president Ronnie Floyd is at it again.  Why does the SBC not throw him out?
The Proclamation Magazine now has an on-line pdf version (for those unaware, this magazine is by ex-SDA members and has some really good articles about the SDA, as well as some articles of general interest for Christians).  Some good information about Ellen White and changes the Seventh-day Adventists are making to more-or-less hide how they see her teachings and “prophecies,” as well as an examination of the Hebrew Roots Movement’s cultic false teachings. (SDA members literally HATE this magazine and viciously attack it — they hate the truth.)
I don’t think I’ve posted this before, but it is a perfect example of the false teachings of Beth Moore.  And now she’s promoting “binding prayers”!
More apostasy from the Church by the Glades.
Finally

If the leadership of the United Methodist Church had done their jobs, and if they WOULD do their jobs, the invasion of that denomination by sexual perverts would never have taken place.  But the UMC has chosen the way of the social gospel and has even put women in the pulpits, both in violation of Scripture.  They deserve what they get for their apostasy.
Steve Chalke long ago was swayed to the “dark side,” and will now perform same-sex fake marriages.

Peter Wagner is recognised as the head of the New Apostolic Reformation (NAR). He has helped define it, form it, defend it, lead it and govern it. 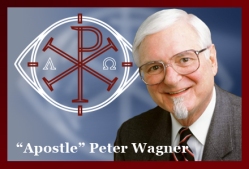 The Hillsong movement and the C3 Church movement from Australia (and the Australian and New Zealand AOG) are apart of the NAR cult. City Harvest Church and New Creation Church from Singapore and Yoido Full Gospel Church from South Korea are part of the NAR cult. The ‘Embassy of God’ is also an NAR cult. All these churches have been exposed for either coverup, sexual abuse, financial scandals, fraud and so on.

The propaganda arm of the NAR are the TBN network, the CBN network, the CharismaMag, Charisma News and many other so-called Christian publishing houses or “Christian” channels. So it is worth any government or media… 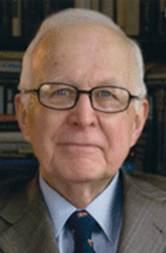 Our Left Wing government is attempting to push transgenderism down our throats; making those of us who do not accept this aberrant behavior as normal, ‘transgenderphobes.’   Now, a top psychiatrist from Johns Hopkins is telling us the truth about what he terms is a mental disorder.

Dr. Paul R. McHugh, the former psychiatrist-in-chief for Johns Hopkins Hospital and its current Distinguished Service Professor of Psychiatry, said that transgenderism is a “mental disorder” that merits treatment, that sex change is “biologically impossible,” and that people who promote sexual reassignment surgery are collaborating with and promoting a mental disorder.

Dr. McHugh, the author of six books and at least 125 peer-reviewed medical articles, made his remarks in a recent commentary in the Wall Street Journal, where he explained that transgender surgery is not the solution for people who suffer a “disorder of ‘assumption’” – the notion that their maleness…

19 And we have something more sure, the prophetic Word to which you do well in paying attention to it as to a lamp shining in a dark place until day dawns and the morning star rises in your hearts, 20 knowing first that every prophecy of scripture is not of one’s own interpretation. 21 For no prophecy was ever brought by the will of man at any time, but men spoke from God being carried along by the Holy Spirit. (2 Peter 1:19-21 translated from the…