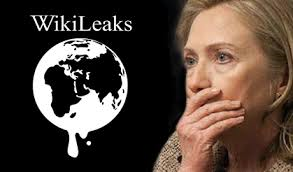 In fact, just last weekend ABC released a poll that drew huge media attention on the Sunday talk show circuit as it showed Hillary opening up a 12-point national lead.  Now, just a few days later, that exact same poll shows only a 5-point lead.  That data seemingly proves one of two things, either the polls are indeed “rigged” to show a desired outcome or the daily drip of WikiLeaks emails is finally starting to take a toll on the Clinton campaign.

But the ABC poll isn’t the only one tightening with most of the recent polls from the Real Clear Politics average showing only a modest lead for Hillary.