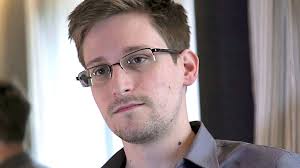 NSA leaker Edward Snowden is calling out Mark Zuckerberg and his social media company Facebook for their surveillance activities throughout the world.

“Businesses that make money by collecting and selling detailed records of private lives were once plainly described as ‘surveillance companies,'” Snowden said in a tweet. “Their rebranding as ‘social media’ is the most successful deception since the Department of War became the Department of Defense.”

Snowden’s words follow an echo of prominent individuals who have criticized Facebook for its data-harvesting services. Facebook has suspended Cambridge Analytica, a Trump-supporting firm that allegedly harvested data illegally in the run-up to the 2016 Presidential campaign.

Snowden is not necessarily buying that it is Cambridge Analytica who is at fault for this scandal. He blames Facebook for how the organization has been operating since its inception.

“Facebook makes their money by exploiting and selling intimate details about the private lives of millions, far beyond the scant details you voluntarily post,” Snowden said in a different tweet. “They are not victims. They are accomplices.”

There have been increased calls to regulate the tech giants in recent months, as they are being accused of massive censorship in addition to being a hub for fake news and disinformation to spread. It is not only privacy advocates and concerned consumers who are targeting Facebook and other massive tech companies, but also the global elite as well.

“The owners of the platform giants consider themselves the masters of the universe, but in fact they are slaves to preserving their dominant position. It is only a matter of time before the global dominance of the US IT monopolies is broken,” progressive financier George Soros said at a meeting of prominent globalists in Davos earlier this year.

The honeymoon is clearly over for Facebook and other big tech companies, as they are getting hit from all angles in the age of Trump.

Source: Edward Snowden: Facebook Is “Most Successful Deception Since The Department Of War …