In this the children of God are manifest.

As Christian believers, we stand together in the evangelical faith—the historical faith of our fathers. Yet, we must confess that many congregations seem bogged down with moral boredom and life weariness.

The church is tired, discouraged and unastonished—Christ seems to belong to yesterday.

The prophetic teachers have projected everything into the dim future where it is beyond our reach—unavailable! They have dispensationalized us into a state of spiritual poverty—and they have left us there!

But regardless of such teachers, the course of spiritual victory is clear; let us trust what the Word of God continues to say to us!

The Scriptures are open and plain. Jesus Christ is our Savior and Lord. He is our great High Priest, alive and ministering for us today. His person, His power and His grace are the same—without change, yesterday, today and forever!

Lord, Your Church is the only hope for this world. My prayer is that the Church will continue to aggressively pursue the fight against evil in this present age.[1]

Billionaire investor George Soros has repeatedly denied rumors that he is helping to finance the migrant caravans making their way up from Honduras and Guatemala through Mexico with the ultimate aim of reaching the US.

But that’s about to change, as the “Open Society” founder – who famously financed much of the opposition to Trump SCOTUS pick Brett Kavanaugh – is now partnering with Mastercard to hand out money (in the form of ‘investment capital’) to migrants, refugees and “others struggling within their communities worldwide,” according to Reuters. Through their partnership, Soros is effectively providing open financial support for migrants and refugees seeking to enter the US and Europe.

The partnership between Soros and Mastercard, which they are calling Humanity Ventures, is the result of a pledge that Soros made in September to spend $500 million to address “the challenges facing migrants and refugees.”

In a statement, Soros and Mastercard declared that government aid programs haven’t been enough to solve the issues facing refugees, suggesting that this is a problem that only the private sector can solve.

“Migrants are often forced into lives of despair in their host communities because they cannot gain access to financial, healthcare and government services,” Soros said.

“Our potential investment in this social enterprise, coupled with Mastercard’s ability to create products that serve vulnerable communities, can show how private capital can play a constructive role in solving social problems,” he added.

Right away, Soros plans to spend $50 million to provide “scaleable” health-care and education solutions. He intends to ‘invest’ the money in businesses founded by migrants.

“Humanity Ventures is intended to be profitable so as to stimulate involvement from other businesspeople,” Soros said.

“We also hope to establish standards of practice to ensure that investments are not exploitative of the vulnerable communities we intend to serve.”

Soros has said that he would prefer ‘Humanity Ventures’ to be profitable to attract “other businesspeople”, it’s unclear how, exactly, he plans to earn anything approaching a reasonable rate of return by handing out risk free loans to migrants and refugees.

This comes after Master Card back in 2016 admitted that it has handed out prepaid debit cards to migrants and refugees traveling through Europe, something the company did with the explicit blessing of the European Union and the UN High Commissioner for Refugees. 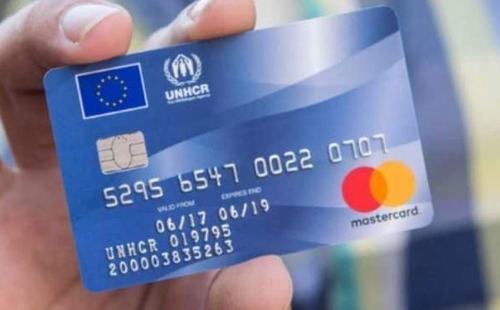 Perhaps MSNBC and other liberals who blindly claim that Soros and his network of non-profits aren’t providing financial assistance to migrants approaching the US should consider this before they continue with their denials.

Source: Soros Partners With Mastercard To Hand Out Money To Migrants

The Good:
Did Jesus Approve of Homosexuality? The answer is, of course, no he did not. Be sure to read the 5 sermons by Pastor Don Green to which this article links.
A great article debunking the whole Mariolatry of the Roman Catholic Church.
Good, concise analysis of “The Message.”
What establishes a marriage according to the Bible.
I’ve known that “Holy Ghost” in old English (e.g., KJV) wasn’t as accurate as “Holy Spirit,” but I never knew why.  Now I know!
Do we have reasons to believe in God’s existence?
Great reference source to articles about the KJV Only movement.
The Bad and/or Ugly

The Pope really, really needs to butt out of politics/social gospel and stick to his RCC, which needs a whole lot of correction and cleaning up! The “migrants” are an invading army — PERIOD!
Roman Catholic colleges need to be held accountable by the Roman Catholic Church. Having perversions as entertainment SHOULD go against Catholic teachings.
Proof that Catholics worship Mary.
You can’t make this stuff up!
And you can’t make this stuff up, either!
Nor can you make this stuff up.
The previous three examples are what the apostate “church” looks like. They are not Christian assemblies, and their leaders are satanic wolves.
Then there are the many “churches” who decide to be part of the world for Halloween. Instead of just ignoring the day they have to behave as everyone else!  While reading this article, take a look at what the Church by the Glades has been preaching on— proving again that it is not a church of Christ, but rather a goat-pen for the ignorant. (A closer look at Church by the Glades and their satanic celebration can be found here.)
The abject heresy of the Anglican Church; an Imam preaching a sermon.
Please educate yourself in God’s Word, and use discernment.  The devil is certainly prowling for your loyalty.

via Good, Bad, and Ugly — The Watchman’s Bagpipes

[Daily Wire] As the midterm elections loom several days away, Pope Francis has expressed his support for the 14,000 people in the migrant caravan headed for the United States southern border.

According to Vatican documents, Pope Francis expressed his support for the caravan on Monday while addressing the participants of the XV General Chapter of the Congregation of the Missionaries of San Carlo.

Much of the [Pope’s] speech focused on the virtue of welcoming the stranger and how nations need to foster this virtue or risk their own demise.

“It’s easier to welcome a stranger than to be welcomed, and you have to do both,” said Pope Francis. “You must teach, help welcome the stranger, and give all the possibilities to the nations that have everything or enough to use these four words that you have said. How to welcome a foreigner.”

Pope Francis noted how he was such a stranger with his family in Argentina, which he held up as an example. “Argentina has this experience of welcoming because there was work and it was also needed. And Argentina — for my experience — is a cocktail of migratory waves,” he said.

Such a policy, Pope Francis says, is a social good because migrants “build a country.”

“Migrants build a country; how they built Europe,” Pope Francis said. “Because Europe was not born this way, Europe has been made by many waves of migration over the centuries.”

Should a nation reject migrants out of its own “well-being,” Pope Francis said that would be “suicidal,” noting Europe’s demographic winter which is the result of a secularized continent that largely rejects Church teaching on sexuality.

He later held up the “caravan traveling from Honduras to the United States’ as an example of migrants moving together in a “community.” He does not acknowledge that such a migratory wave reduces individuals into a crowd, making it difficult for government agencies to properly vet the people flowing into the country. It’s as if the sight of a person moving as just another member in a faceless crowd rather than a divine individual is something beautiful to behold.

Another phenomenon of migrants – let’s think of the caravan that goes from Honduras to the United States – is to pile up . The migrant usually tries to go in groups. Sometimes it has to go alone, but it is normal to pile up, because we feel stronger in migration. And there is the community. In football there is the possibility of a ‘free agent,’ that can move according to the opportunities, but from you there is no possibility, the ‘free agent’ from you fail. Always the community. Always in the community, because your vocation is precisely for migrants who pile up. Feel migrants. Feel, yes, migrants facing needs, migrants before the Lord, migrants among you. And for this the need to pile up.

Continue reading at the Daily Wire…

[Editor’s Note: This was written by Paul Bois and first posted at Daily Wire. The title was changed by Pupit & Pen]

Behold I stand at the door, and knock: if any man hear my voice, and open the door, I will come in to him, and will sup with him, and he with me.

One of the most liberating declarations in the New Testament is this:

Here the nature of worship is shown to be wholly spiritual. True religion is removed from diet and days, from garments and ceremonies, and placed where it belongs—in the union of the spirit of men with the Spirit of God.

From man’s standpoint the most tragic loss suffered in the Fall was the vacating of this inner sanctum by the Spirit of God. At the far-in hidden center of man’s being is a bush fitted to be the dwelling place of the Triune God. There God planned to rest and glow with moral and spiritual fire. Man by his sin forfeited this indescribably wonderful privilege and must now dwell there alone. For so intimately private is the place that no creature can intrude; no one can enter but Christ, and He will enter only by the invitation of faith. MDP004-005

Lord Jesus, enter the inner sanctum of my heart, I pray. Come in and fill me with Your holy fire, that I might uniquely sense Your presence today. Amen. [1]