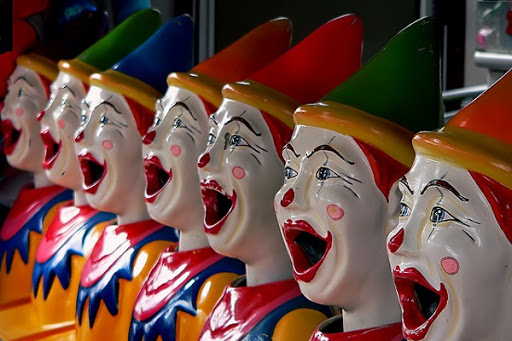 Congressional Democrats have a serious problem.  It is not the fact that many of them appear to dislike President Trump, which they are free to do.  Rather, it is the fact that their arguments have become predictable and stale, mere talking points and sound bites, always placing the blame on someone else.  The Democratic response to the president’s border speech demonstrated this to perfection.  As a result, Democrats have little chance to sway public opinion and are likely helping Republicans and the president on the issue of border security.

Tuesday night, President Trump delivered a powerful speech from the Oval Office regarding the need for strong border security.  During the speech, Trump laid out specific facts explaining why the country needs to secure the border and how his plan would accomplish this.  According to Fox News, at one point during the speech, Trump directly addressed his colleagues, stating, “Wealthy politicians … don’t build walls because they hate the people on the outside, but because they love the people on the inside.”  The speech was effective and convincing.

Prior to the speech, Democrats demanded an opportunity to issue a rebuttal.  (It is difficult to understand how to rebut a speech you have not yet heard unless you are going to make canned remarks.)  Nancy Pelosi and Chuck Schumer addressed the American public and, predictably, implied that the president is a liar.  Specifically, according to Fox News, Pelosi stated: “Much of what we have heard from President Trump throughout this senseless shutdown has been full of misinformation and even malice.”  Ironically, according to NJTVNews, Senator Bob Menendez made the identical argument before the president even delivered his speech, stating, “And that warning is, ‘The comments you are about to hear are not based on fact, and are likely to include misinformation, blatant lies and fear mongering.'”

In other words, Pelosi and Schumer utilized the national stage Tuesday night to repeat the same talking points they and their Democratic colleagues have made on many prior occasions.  They offered no facts or substantive information in their rebuttal.  Rather, they provided predictable and stale soundbites and blamed the president and Republicans for the situation on the border and the government shutdown.

Democrats have done this before.  For example, during Justice Kavanaugh’s confirmation hearings, many Senate Democrats questioned his credibility and honesty despite the fact that the allegations against him were uncorroborated, unsubstantiated, and discredited.  Additional instances where Democrats have tried to deflect the blame from themselves can be found here.

It does not appear that this tactic will work on this occasion.

According to Dan Bongino, public support for the border wall has reached an all-time high.  As Bongino pointed out in a recent article, a new Quinnipiac poll of 1,147 voters found that 43% now support a border wall, and 54% oppose it.  In August, support was at 38%, thereby reflecting a five-point jump in a relatively short period of time.  More importantly for the president, 86% of Republicans and 47% of independents support building the wall, while 90% of Democrats oppose it.

President Trump spoke directly to the American people Tuesday night and explained why the country needs strong border security and how he intends to accomplish this.  He referenced specific facts to support his vision and plan.  On the other hand, the Democratic response was abysmal.  Chuck Schumer and Nancy Pelosi predictably attacked the president’s character, blamed him for the shutdown, and referenced the all too familiar “fear-mongering” sound bite, none of which directly addressed the president’s points.

Republicans and President Trump should thank them for their help.

Mr. Hakim is a political writer, commentator, and attorney.  His articles have been published in The Washington Examiner, The Daily Caller, The Federalist, The Western Journal, American Thinker and other online publications.