Stocks are enjoying their best quarter in seven years.

But with one long month ahead, NorthmanTrader founder and technical expert Sven Henrich says this sky-high rally is about to hit some air pockets.

“Over the past year and a half, we’ve had an extremely wide price range and the extremes become more extreme to the upside and the downside,” Henrich said Thursday on CNBC’s “Trading Nation.”

The Dow Jones Industrial Average, for example, rallied at the beginning of 2018 on the passing of tax cuts, again in the summer, and then in the past two months.

“At some point these patterns get too extreme and then something triggers it, volatility moves higher, and then we break to the downside. So you saw that obviously in February 2018, we saw that in October of 2018 as well,” said Henrich. “This rally here now is actually even steeper than the ones that we’ve seen, partially because we’ve had the extreme oversold readings from December.” 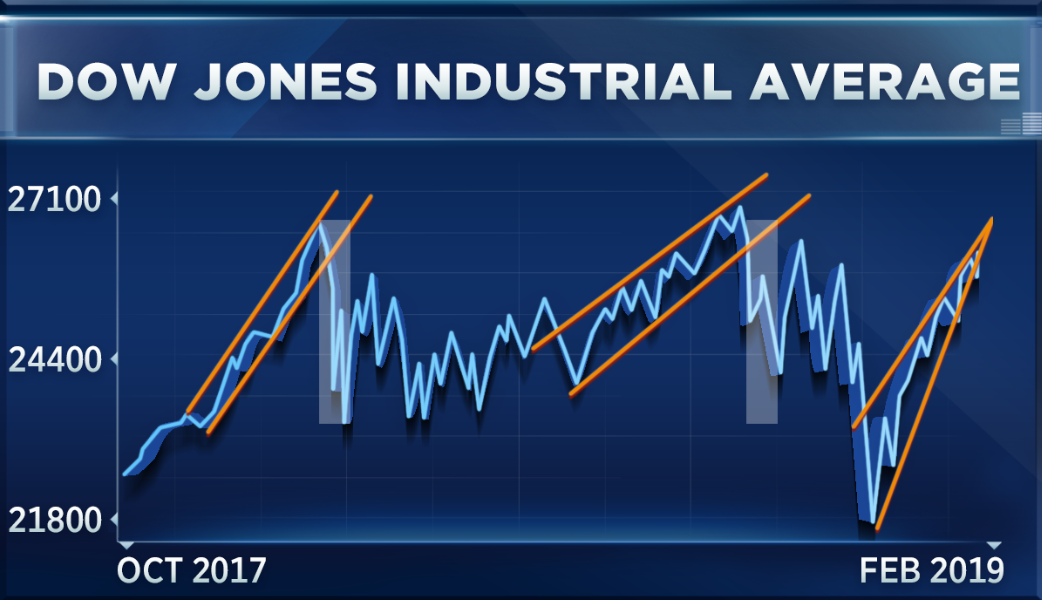 December’s major sell-off pushed the Dow to the very edge of a bear market, characterized as a drop of more than 20 percent off 52-week highs. Since its Dec. 26 bottom, the blue-chip index has bounced 19 percent and sits around 1,000 points from a record high.

“All these rallies have massive gap ups, meaning that a lot of open gaps were not filled and there’s been no retesting yet. And so far, this rally since the December lows has not been tested technically in any shape or form and I expect some sort of test to take place in this next month here in March,” he said.

Though the Dow is slightly lower for this week, it ended last Friday with its longest weekly win streak since 1995.

An even longer-term S&P 500 chart, stretching to the mid-1990s, gives an early indication that conditions might go from bad to worse.

“We’ve had multiple bull markets. Here too, we’ve had long-term trends, they are very steady on the uptrend, and once they break, then things get shaky and it’s kind of what we’re seeing now,” Henrich said. “In December we broke that uptrend and this big rally has brought up all the way back to that broken trend line and that’s now resistance.” 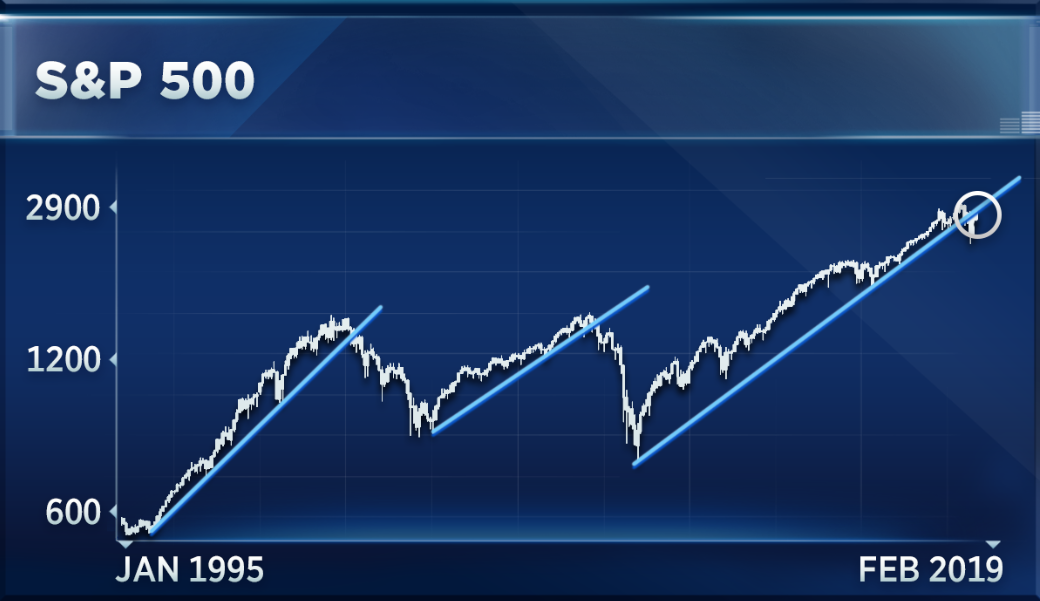 The S&P 500’s current uptrend extends from the March 2009 bottom. From that trough to its September 2018 record, the index had rallied 340 percent.

“If we were to pull back from here, things can become a lot more shaky. It’s not in the cards right now because we haven’t had any sort of pullback, but it’s a risk,” said Henrich. “Remember the most aggressive rallies in markets happen actually in the context of bear markets, so there’s still the possibility out here that this is a counter bear market rally, but it’s too early to tell.”

Henrich notes that a pullback from its resistance level at 2,800 to 2,850 would mean that upward trend line has been rejected. The S&P 500 is less than a 1 percent increase from the lower-end of that range.
— Read on www.cnbc.com/2019/03/01/these-two-charts-suggest-the-rally-could-go-from-good-to-bad-to-worse.html