Now the Lord came and stood and called as at other times, “Samuel! Samuel!” And Samuel answered, “Speak, for Your servant hears.”

Our desire to walk by faith, stepping solely within the will of God for our lives, begins with a desire to hear what He is saying. When we have no idea where God is leading us or what He wants to change in our hearts, listening is the first and most crucial component to a greater faith.

Samuel was a young boy when he first heard God speak to him. The first sounds of God’s voice were difficult for him to discern. Yet through some gentle guidance from Eli, Samuel’s faith began to blossom. Listening for God’s voice became a pattern for Samuel’s life. Countless times throughout his leadership in Israel he heard and obeyed the voice of the Lord.

As we deepen our relationship with the Lord, we can improve our hearing in relation to God’s voice through the following:

Lord, open my heart to discern Your voice. Give me the discipline to listen for You and the faith to believe You want to speak to me.[1]

The secret things belong to the Lord our God, but those things which are revealed belong to us and to our children forever, that we may do all the words of this law.

We may never know the reason why some things happen. A friend is killed in a senseless auto accident; a loved one suffers with a terminal illness; a child dies from a rare, incurable disease. We wonder how any good could possibly come from such heartache.

There are times when God reveals the purpose for our suffering. Other times He doesn’t. In those hidden times our faith is tested and stretched.

Jesus knew the will of the Father. He understood that pain and suffering were part of the plan. Yet He cried from the cross: “My God, My God, why have You forsaken Me?” (Matt. 27:46). For one brief moment in time, Jesus felt all the emotions that we feel in tragedy—loneliness, fear, confusion, abandonment.

That is why He tells us to come to Him when our hearts are breaking, when fear has absorbed us, when we don’t know how we will face tomorrow, when all within us wants to question His judgment. He understands our hurt; He personally knows our pain.

There is a mystery to tragedy, but it is not mysterious to Jesus. He knows the plan. He may not always provide all the answers you want to hear, but He promises never to leave you alone in the midst of the trial. Call out to Him, my friend; He is listening.

Heavenly Father, when I feel lonely, fearful, confused, or abandoned, help me remember that You are no stranger to these emotions. You personally know my pain. I am so thankful that I am never alone in the midst of my trials.[1] 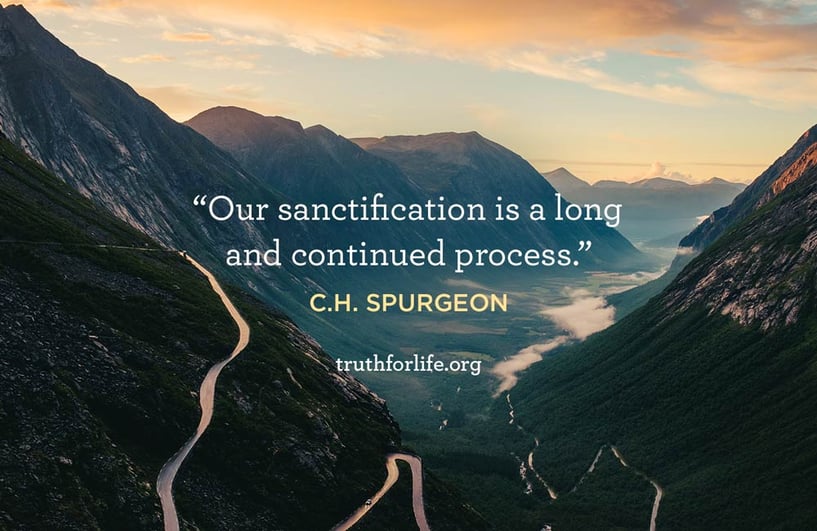 Democratic presidential candidate Creepy Joe Biden declared Saturday that the Equality Act would be his top legislative priority, an effort to enshrine LGBTQ+ protections into the nation’s labor and civil rights laws.

I want you to pay close attention to what Creepy Joe Biden is saying here, it’s overwhelmingly important that you catch it. He is saying that, if elected president, he will make a bill that affects less than 3% of our national population his ‘top priority’ if elected president. Even if Biden weren’t an hair sniffing child toucher, this one thing he has said, out of the dozens and dozens of incredibly stupid things he has said, is the most troubling of all.

A president is the president of all people, and as such, has to address topics that affect the greater good. We already have laws against people hurting or discriminating against other people for just about any reason you could imagine, we don’t need this biased ‘Equality Act’ which is anything but equality. This bill places the LGBTQ+ above the  needs of 97% of America, and is also a bill that will harm Christians and Conservatives, and we will be talking a lot about that as we get closer to the 2020 presidential campaign.

Everything now has been weaponized by the radical Left in this country. A sporting event is not longer just for fun, it’s used to push Leftist agendas on captive audiences, the same goes for concerts and every other thing you can imagine. If we sit idly by and do nothing, the Left will take control, they will take us off our founding documents, and we will become a Socialist at-the-very-least nation. Now, if YOU can live with that, just keep on doing nothing and staying silent. The Left is counting on it.

FROM CBN NEWS: The former vice president shared his hopes of signing the legislation as part of a keynote address to hundreds of activists at the Human Rights Campaign’s annual Ohio gala on the first day of Pride Month. In a half-hour at the lectern, his remarks ranged from emotional tributes to his audience and their personal endurance to condemnations of President Donald Trump.

“It’s wrong and it is immoral what they’re doing,” Biden said of the Trump administration. Among other Trump policies, he cited attempts to bar transgender troops in the U.S. military, allow individuals in the medical field to refuse to treat LGBTQ individuals, and allow homeless shelters to refuse transgender occupants.

“Just like with racial justice and women’s rights, we are seeing pushback against all the progress we’ve made toward equality,” Biden said.

The Equality Act would address many such discriminatory practices. It recently passed the Democratic-run House, but will not become law under Trump and the Republican Senate. That means LGBTQ residents in dozens of states are still subject to various forms of discrimination that are either specifically allowed or not barred by state law.

“It will be the first thing I ask to be done,” Biden said.

Biden spoke in Ohio, a political battleground he was visiting for the first time since beginning his bid, on the same day that more than a dozen of his rivals were in San Francisco for the California Democratic Convention and a massive MoveOn.org conference. By the end of the weekend, 14 candidates will have addressed thousands of activists in California, which has more than 400 delegates to the 2020 convention, about a fifth of what it will take to win the nomination.

Among them, Massachusetts Sen. Elizabeth Warren and Mayor Pete Buttigieg of South Bend, Indiana, nodded to Biden’s absence with subtle jabs. “Some Democrats in Washington believe the only changes we can get are tweaks and nudges. … Some say if we all just calm down, the Republicans will come to their senses,” Warren said, an allusion to Biden’s recent prediction that Republicans will have “an epiphany” once Trump leaves office. READ MORE

Okay, before anyone jumps me about Todd Friel from Wretched or even about John McArthur, let me say this.   Let’s drop all of the negative stuff  – shake your head to clear it out and PLEASE watch McArthur and Ben Shapiro in their discussion about Isaiah 53, okay?

I brought out an article I wrote about Isaiah 53 because this video with McArthur and Shapiro is a classic and I wanted to embed the video here. The prayer of my heart is that the Lord will use this in the life of Ben Shapiro, and also to draw many Jews to the TRUTH.

After I was saved in 1983, I called a Messianic Congregation in my area and spoke to a lovely lady – a fellow Jewish Christian. She was so excited over my coming to know Yeshua as my Savior! We must have…