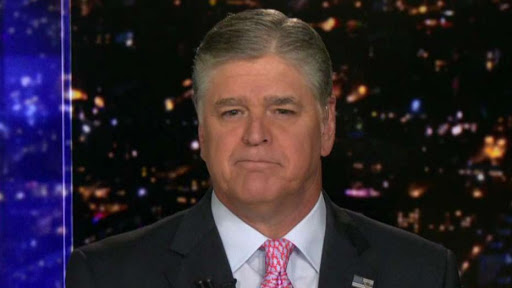 Fox News’ Sean Hannity focused Monday night on the change within the Democratic Party, declaring once again that Rep. Alexandria Ocasio-Cortez, D-N.Y., is now the leader and that House Speaker Nancy Pelosi, D-Calif., is “powerless.”

“They are on the verge of an all-out civil war. Nancy Pelosi has lost complete control of her radical socialist base. Freshman Congresswoman Ocasio-Cortez, Congresswoman Tlaib and Omar and Ayanna Pressley are now running the show,” Hannity said on his television show.

Hannity was reacting to past comments made by the four congresswomen who responded to President Trump’s controversial tweets Sunday calling for the progressive congresswomen to “go back” to where they came from.

Trump doubled down Monday calling out the lawmakers for their Anti-American “hate.”

Hannity warned that “radicals” within the Democratic Party will use identity politics to attack any that oppose them including other Democrats to “reshape America.”

“It does not matter what Speaker Pelosi says, what she does. The radicals who are in charge, anyone who opposes them of course quickly labeled xenophobic, homophobic, Islamophobic, racist, sexist, and a bigot and want dirty air and water,” Hannity told his audience.

“The so-called ‘squad’ of far left freshmen congresswomen are now using identity politics even against members of their own party. The end goal is to fundamentally reshape America.”

The Fox News host also pointed out the influence this “wing” has on the Democratic presidential candidates.

“The base of the Democratic Party is so powerful that every 2020 hopeful has adopted their fringe socialist policies. And if they don’t adopt it completely they are trashed by many of the four,” Hannity said.

Hannity blasted the four congresswomen for calling for the impeachment of President Trump Monday during a press conference and for their vision of the country.

Fox News’ Gregg Re contributed to this report.