This is just a small piece of the fierce spiritual battle American Christendom faces. 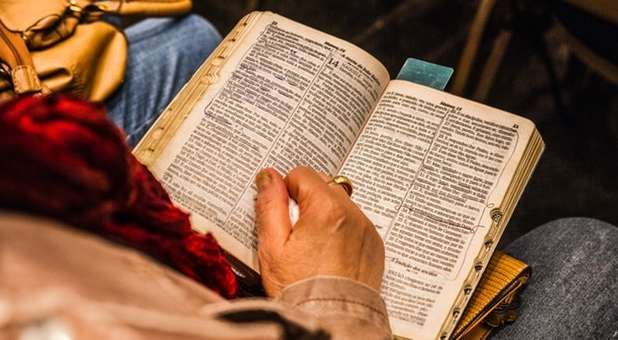 “Current studies show that only 10% of Christians have a biblical worldview; only 14% read the Bible on a daily basis, and only 2.8% of American pastors are willing to apply the Bible to current issues,” asserts WallBuilders’ David Barton. The American tragedy is that secularism has saturated the modern culture with its pagan worldview and feral values.

“Ninety percent of all of the first-time voters voted for Hillary [2016 election]. That is one of the highest levels of support she received from any group—first-time voters. Thus, just because church people get registered to vote does not mean they will vote in a biblical or conservative direction.

“I have seen three things in particular result in higher voter turnout. The first is to have a much higher and more visible level of engagement by pastors—by pastors talking from up front about moral issues that exist in the election, and providing clear direction on what the Bible says about those issues. When pastors are active in addressing cultural issues up front, and in presenting the importance of Christians being culturally active, then it makes a difference. American Renewal Project is a leader in this approach.”

“My people are destroyed for lack of knowledge,” Hosea 4:6a warns. America’s pulpits require a deep understanding of scriptural operation if secularism is to be thoroughly overthrown in the public square. God’s people are “destroyed” not because He has lost His love for them, but because they have rejected “knowledge of God, His law, His menaces, His providences and government of the world,” according to Matthew Poole’s commentary.

English author and Anglican clergyman William Gurnall (1617-1679) sheds light on the spiritual battle awaiting American Christendom: “When God will, he can make more such worlds as this; but he cannot make another truth, and therefore he will not lose one jot thereof. Satan, knowing this, sets all his wits to work to deface this, and disfigure it by unsound doctrine.”

Which brings us to the model that Jesus established in Matthew 16:18: “I will build my ekklesia; and the gates of hell shall not prevail against it.” If the church is to be rehabilitated, secularism’s strongholds, the cultural mountains of influence—reinforced by 50 years of public education—will have to be torn down. Anything less, and America is about to learn something that can be learned in no other way.

To be specific, three institutions shaped the life and culture of the ancient Jewish people: the Temple, the synagogue and the ekklesia. “The temple and synagogue were religious; the ekklesia was secular,” explains Ed Silvoso. “Rather than in a building, the ekklesia is meant to be centered in the public square, where the cultural mountains of influence are affected and nations are discipled. The key is to insert the ‘leaven’ of the ekklesia into the local communities.”

“During the writing of the New Testament, the word ‘church’ did not exist [until the 4th century],” according to Joe Nicola. “Any casual observer of Christianity will immediately recognize the disparity between what Jesus said He would build and the modern church.

“‘Apostle’ is originally a Greek word, the first use of this term was given to a naval commander—one who was in charge of a fleet of ships that were sent out to establish a colony. [We’ve] moved from apostolic leadership to pastoral leadership. We went from developing an army of leaders to merely feeding flocks of sheep.

“Unfortunately, we have lost sight of Jesus’ original aims. Our Bible translation was corrupted by the mistranslation of a single word—church—representing an intentional power grab by hell intent on controlling the Christian religious structure as the serpent did in the garden: by deception.”

In this context, secularism has degraded today’s education to such an extent that politically correct classrooms are obsessed “with individual feelings and subjective perceptions of personal well-being and happiness, accompanied by demands that environmental, historical or social impediments to both be corrected or eliminated with rational techniques developed by the ‘human sciences’ like psychology, sociology, economics and especially political science.”

No longer just biological, a person’s sex is now a matter of preference and sentiment. In a sane world, such “tuition” would constitute parental and pedagogical malfeasance—where “politically favored minorities” must never be offended, where “political correctness” is running rampant, and where “using the wrong personal pronoun for a transgendered person has become a grievous offense in need of punishment and a reeducation program.”

Taken to the extreme, “Public monuments to Civil War generals or slave-owners are [now] pulled down, and murals depicting now proscribed historical figures like Christopher Columbus and George Washington are veiled or painted over. A theater named for silent-movie star Lillian Gish must change its name because she acted in D.W. Griffith’s 1915 racist epic Birth of a Nation. The NBA will no longer call its executives ‘owners’ because that implies players are slaves. Yankee Stadium banished Kate Smith’s version of ‘God Bless America’ from the seventh-inning stretch because in 1931 she recorded the satirical song ‘That’s Why Darkies Are Born,’ even though the black communist singer Paul Robeson recorded it too. And sneaker company Nike withdraws a new model with the Betsy Ross flag on the heel because it evokes the era of slavery.”

Where will it end?

America needs a turning point, of equal impact as the fall of the Berlin Wall initiated the return of Christianity in Eastern Europe.
— Read on www.charismanews.com/opinion/renewing-america/77168-sign-of-the-times-only-10-of-christians-have-biblical-worldview

1 thought on “Sign of the Times: Only 10% of Christians Have Biblical Worldview — Charisma News”