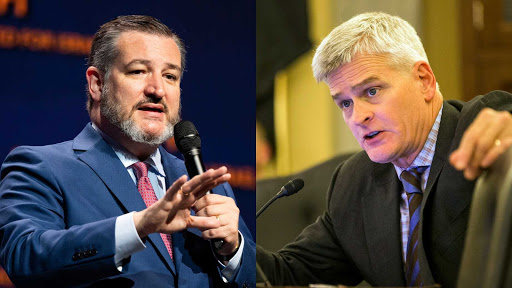 Republican Senators Ted Cruz (TX) and Bill Cassidy (LA) introduced a resolution on Thursday calling for the far-left extremist group Antifa to be formally labeled as a domestic terrorist organization.

The resolution comes after a self-described member of Antifa attacked an Immigration and Customs Enforcement (ICE) facility in Tacoma, Washington, over the weekend. The resolution also comes after conservative journalist Andy Ngo was brutally attacked in Portland by an Antifa mob.

“Antifa is a terrorist organization composed of hateful, intolerant radicals who pursue their extreme agenda through aggressive violence. Time and time again their actions have demonstrated that their central purpose is to inflict harm on those who oppose their views,” Cruz tweeted. “Like any terrorist organization they choose to pursue their political ends through violence, fear & intimidation. They must be stopped. I’m proud to introduce this resolution w @SenBillCassidy to properly identify what Antifa are: domestic terrorists.”