About 200 million Americans in the eastern two-thirds of the country will be trapped in a monsterous heat dome that will send tempatures over 100°F into the weekend, and with humidity factored in, the real feel could be a scorcher: 110°F, reported AccuWeather. 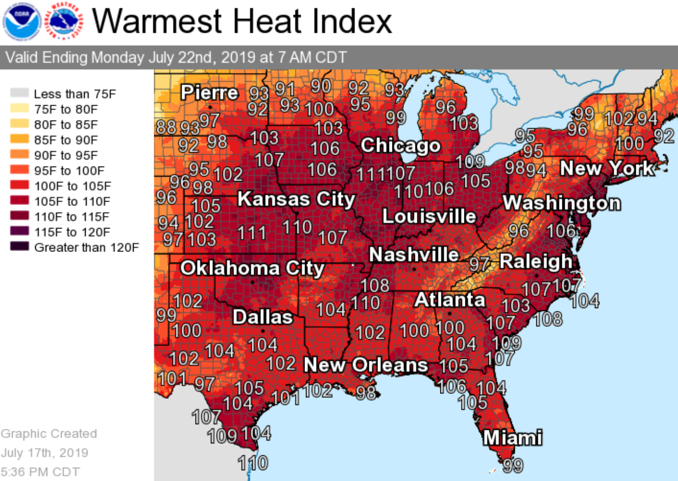 “Significant heat is expected across the eastern and central United States into the weekend as a ridge of high pressure anchors itself in place. This will promote very hot temperatures in the upper 90s and low 100s along with oppressive humidity. This combination will make it feel like 110-115°F into the weekend for millions. This will also impact energy and agriculture, leading to increased cooling load in the Northeast and Midwest as well as heat stress on Midwestern corn and soybeans. The heat will break into early next week,” reported meteorologist and owner of Empire Weather LLC., Ed Vallee.

From the Rockies through Central Plains and Midwest, to the Southeast and up across the Northeast, very hot and humid conditions will start on Thursday and last through the weekend.

A scorching #heat wave will consume about two-thirds of the country mid to late week into the weekend. About a total of 20 to 30 record highs are possible this #Friday and #Saturday, from the Front Range of the south-central Rockies to the East Coast. #heatwave pic.twitter.com/VtrTlIbWsb

Cooling degree days, which is a measurement intended to quantify the demand for energy needed to cool a building, is expected to spike across the Central, Midwest, Southeast, and Northeast regions through Monday. 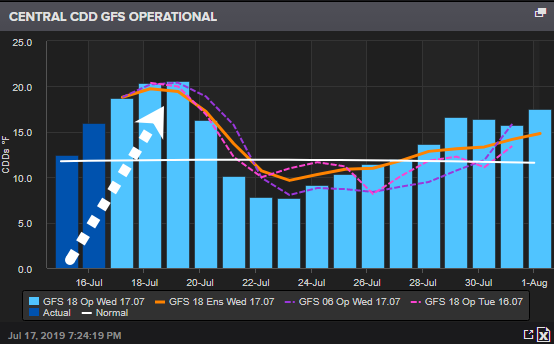 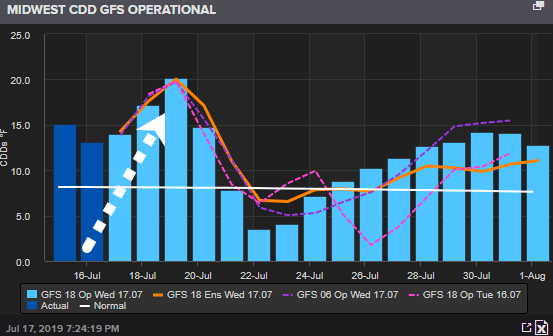 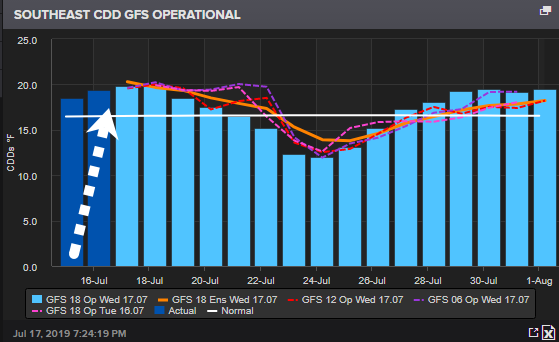 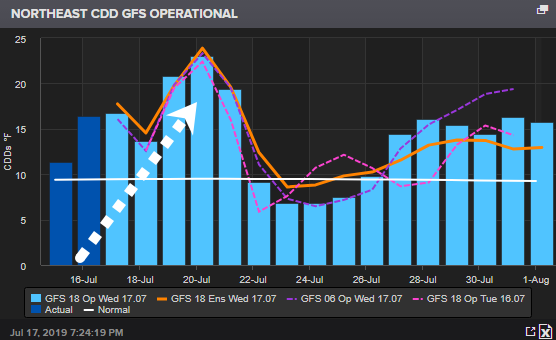 Much of the Midwest, including Kansas City, St Louis, Omaha, and Wichita, are under heat watches, likely to see warnings posted in the next 24 to 48 hours as tempatures are expected to top 100 degrees. 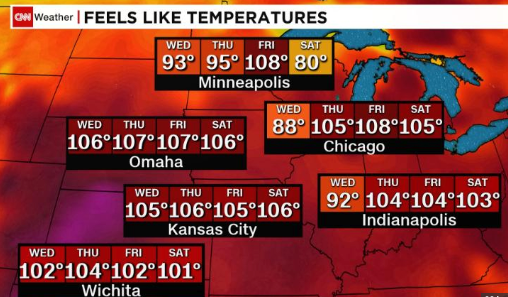 “Excessive heat warnings cover a pretty considerable number of states today,” said Alex Lamers, a forecaster with the U.S. Weather Prediction Center in College Park, Maryland. “Then we are expecting the heatwave to ramp up on the East Coast in the next couple of days.” 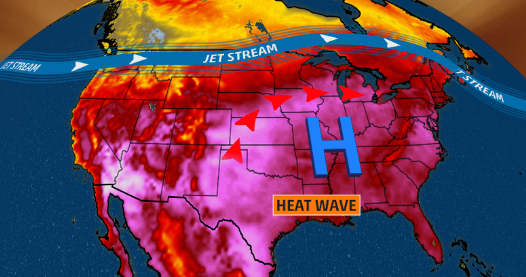 Jim Rouiller, the chief meteorologist at the Energy Weather Group, saidthe intense heat could test regional electric grids from New York to Illinois, with extended power demand likely to “stress the grid-like it hasn’t been stressed in a long, long time.”

Excessive heat will impact tens of millions of people from the Midwest to the East Coast today through the weekend! The max heat index will reach well over 100 degrees in locations such as Dallas, St. Louis, Chicago, Detroit, Washington D.C., New York City, and Boston. pic.twitter.com/izj96w8ir0

Data compiled by Bloomberg shows wholesale electricity at a hub in New York jumped by almost 3,000% to as high as $286.95 a megawatt-hour on Wednseday.

For farmers in the Midwest, record rainfall in the spring delayed a significant amount of planting that means plants have smaller root systems for this time of year and extended hot weather could lead to widespread crop losses for some parts. 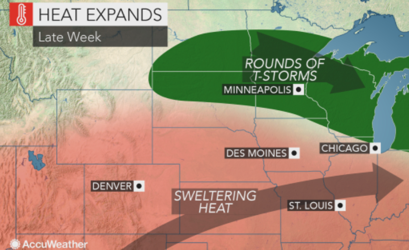 Don Keeney, the senior agricultural meteorologist at Maxar, said it usually takes four or five days of temperatures in the 90s to stress crops.  “When the root systems are as shallow as they are this year it only takes a day or two,” he said.

The heat dome is expected to dissipate next week as the jet stream drops southward across the eastern half of the country, allowing the heat to lift northward into next week.
— Read on www.zerohedge.com/news/2019-07-17/widespread-dangerous-heat-expected-roast-200-million-americans