The second-biggest religious affiliation in Europe isn’t Islam, but ‘none’…

Authored by Frank Jacobs via BigThink.com,

A picture says more than a thousand words, and that goes for this world map as well. This map conveys not just the size but also the distribution of world religions, at both a global and national level. 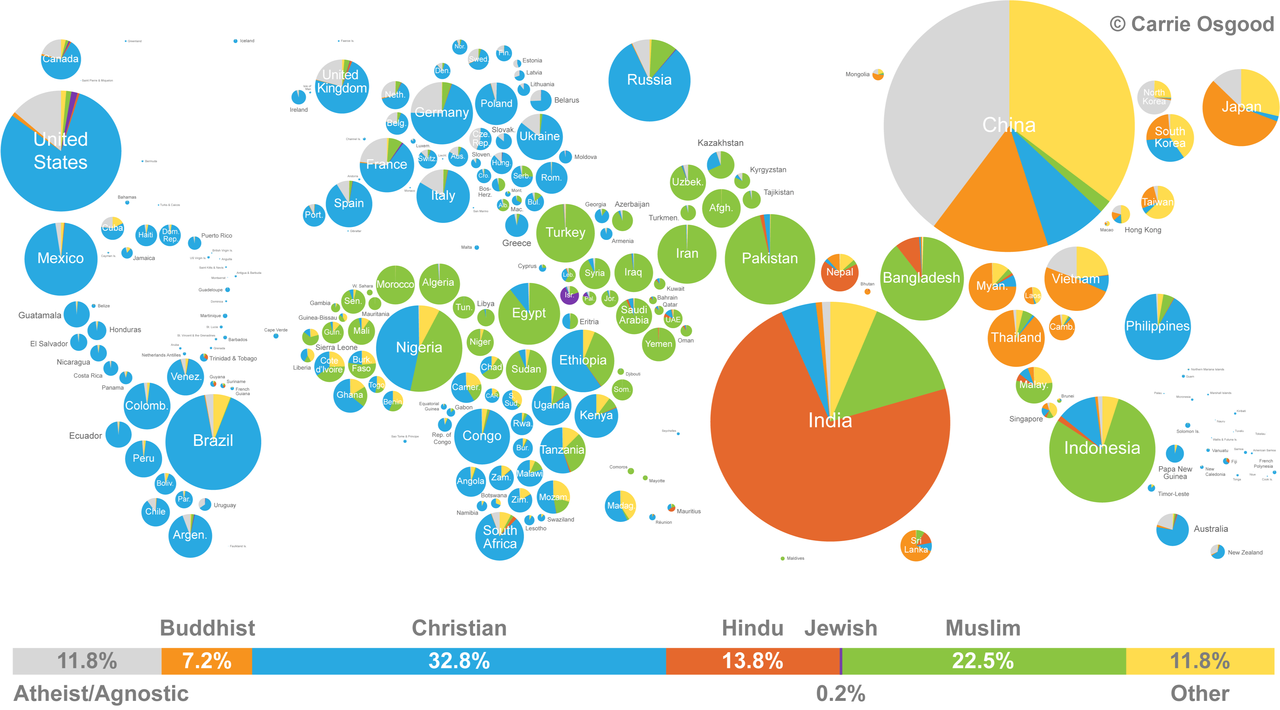 Strictly speaking it’s an infographic rather than a map, but you get the idea. The circles represent countries, their varying sizes reflect population sizes, and the slices in each circle indicate religious affiliation.

The result is both panoramic and detailed. In other words, this is the best, simplest map of world religions ever. Some quick takeaways:

The Americas are (mostly) solidly Christian

Which is the least Christian country in the Americas? The answer may surprise you. 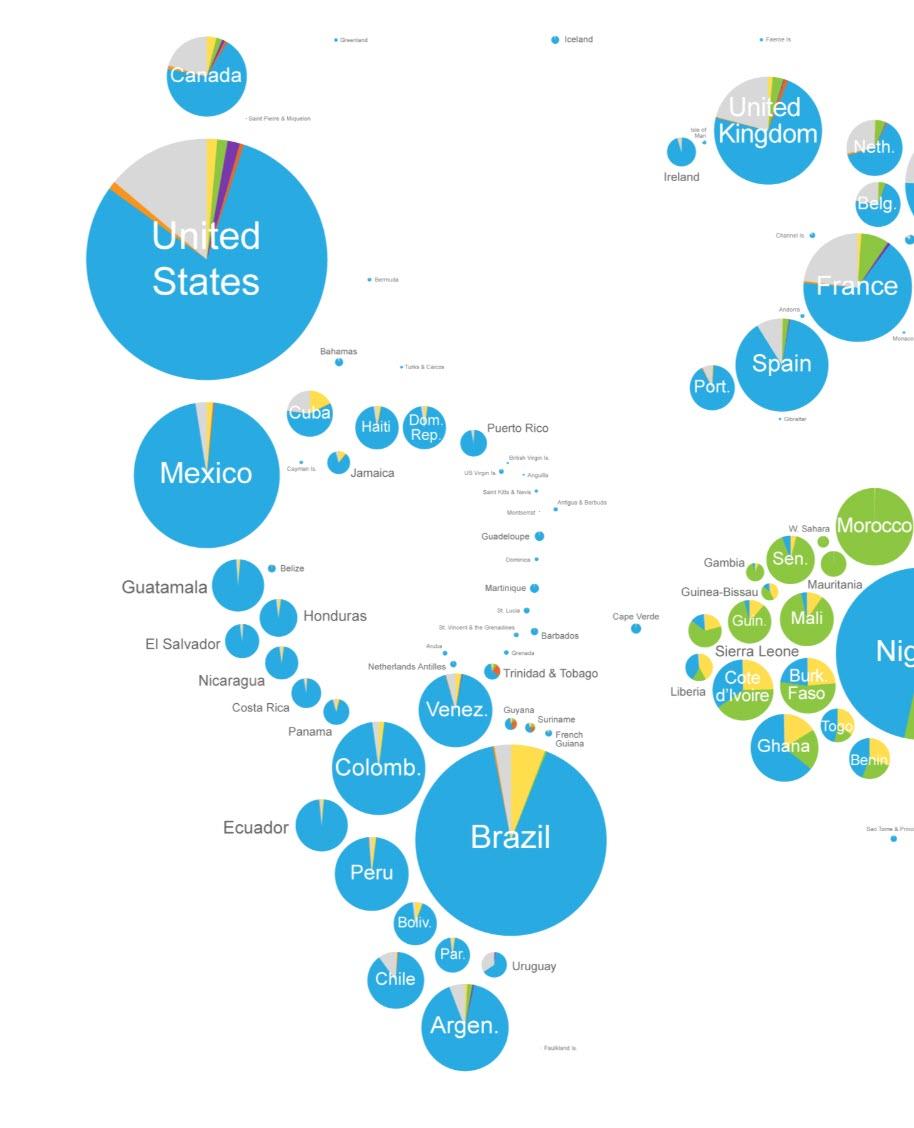 But the map – based on figures from the World Religion Database (behind a paywall) – also allows for some more detailed observations.

Lots of grey area in Europe

The second-biggest religious affiliation in Europe isn’t Islam, but ‘none’. 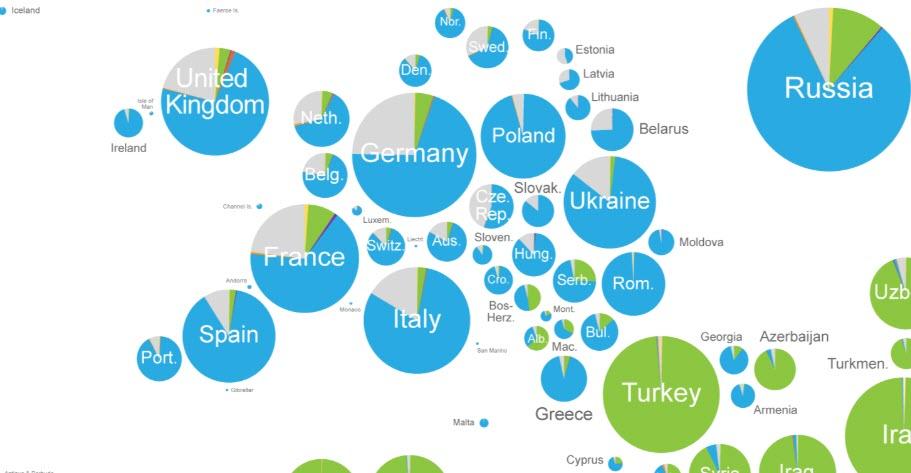 Islam in the north, Christianity in the south 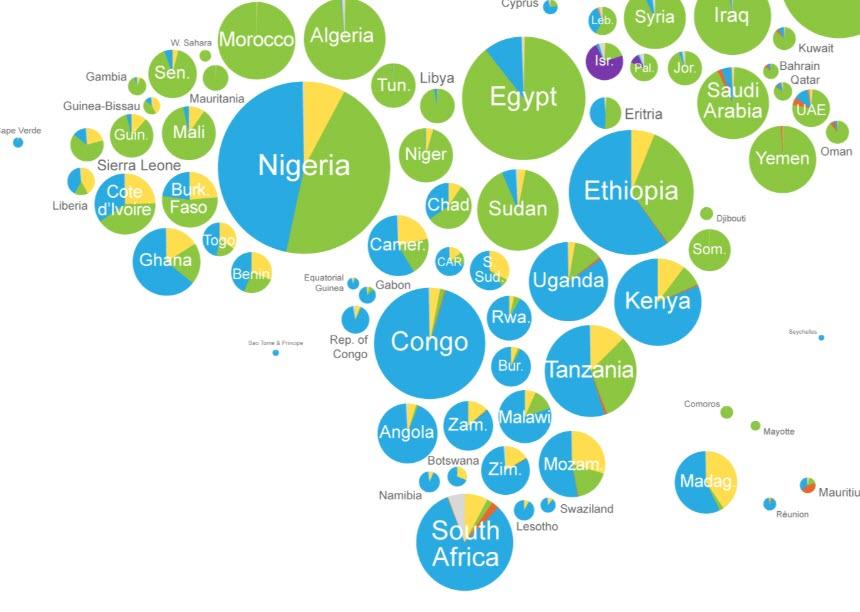 Close neighbors India, Bangladesh and Myanmar each have a different majority religion. 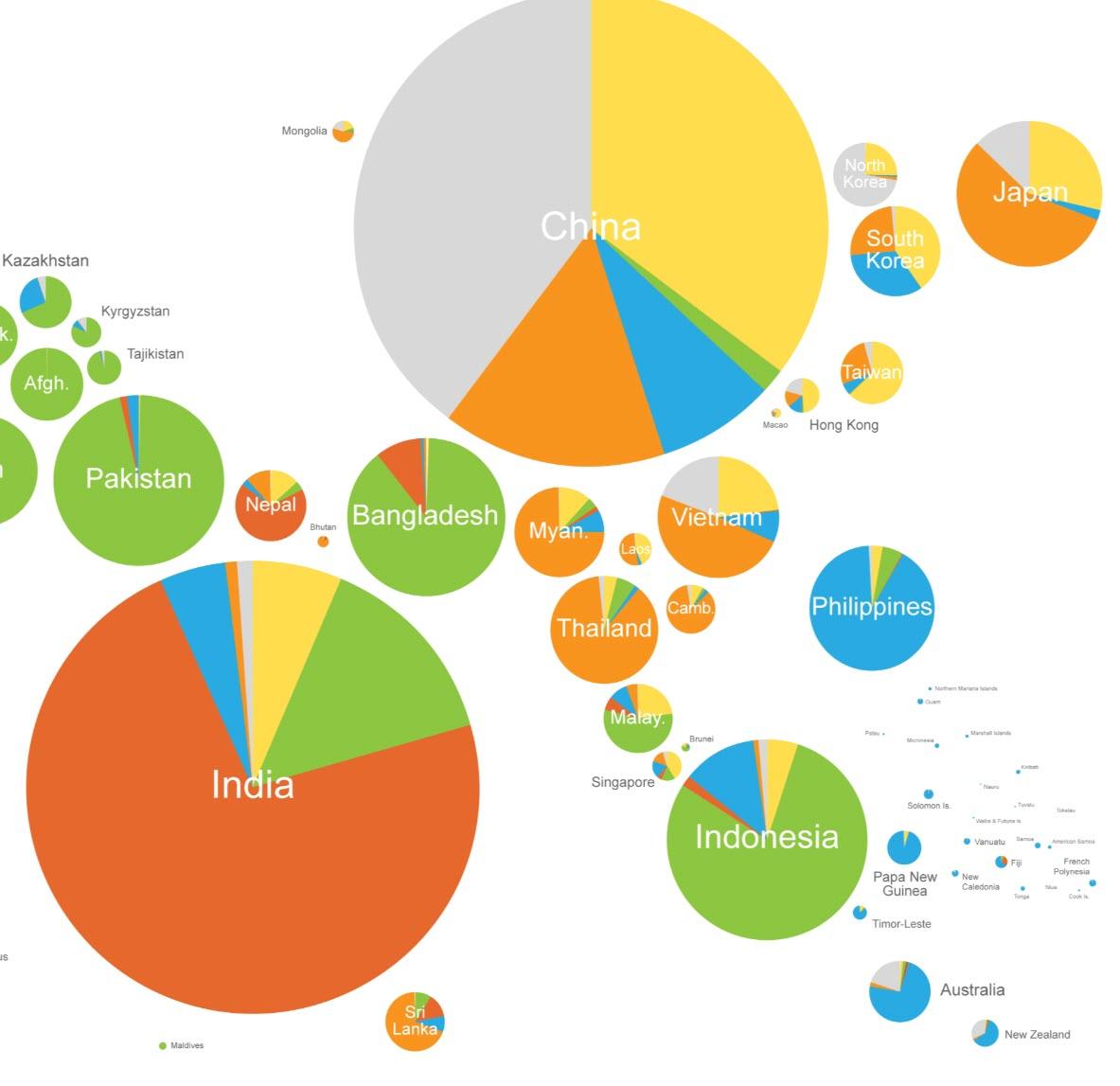 Of course, clarity comes at the cost of detail. The map bands together various Christian and Islamic schools of thought that don’t necessarily accept each other as ‘true believers’. It includes Judaism (only 15 million adherents, but the older sibling of the two largest religious groups) yet groups Sikhism (27 million) and various other more numerous faiths in with ‘others’. And it doesn’t make the distinction between atheism (“There is no god”) with agnosticism (“There may or may not be a god, we just don’t know”).

And then there’s the whole minefield of nuance between those who practice a religion (but may do so out of social coercion rather than personally held belief), and those who believe in something (but don’t participate in the rituals of any particular faith). To be fair, that requires more nuance than even a great map like this can probably provide.
— Read on www.zerohedge.com/news/2019-07-21/all-worlds-religions-one-map