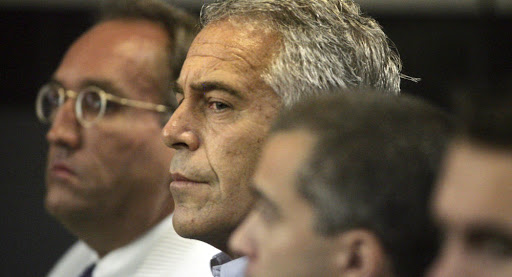 While child molesters are not known to last long in prisons all around the world, Jeffrey Epstein is fortunate enough to also have powerful ‘ex’ friends who would like to keep his mouth shut, claims an attorney who fought against Epstein in court a decade ago.

Jeffrey Epstein may not live to see his own trial if he is released on bail – or even if he’s put into the general section of a prison, says Spencer Kuvin, an attorney who represented Epstein’s victims over a decade ago.

Kuvin says that recent reports of Epstein sustaining injuries in prison are wrongly classified as attempted suicide and look more like attempted assassination, according to The Sun.

“I do question whether it was a true suicide attempt. I mean how do you choke yourself? It doesn’t make any sense,” said Kuvin, referring to undisclosed neck injuries Epstein sustained, according to the Federal Bureau of Prisons. “There are reports someone came after him but that could just be because he’s a pedophile. Those types of individuals don’t last long in prison.”

The Daily Mail report notes that it is unclear how Kuvin came to the conclusion that Epstein’s injuries were strangulation marks, as the Bureau never published details of the incident; Kuvin also did not elaborate on how an alleged assassin could have reached Epstein in his cell in the high-security sector of the Metropolitan Correctional Center in Manhattan.

The attorney hinted, however, that Epstein has “powerful friends,” who are likely not enthusiastic about the convicted sex-offender speaking their names on trial. Ironically, Epstein has ties to both current US President Donald Trump and former US President Bill Clinton.

“If he goes on trial, everyone he’s been in contact with will ultimately be fair game,” Kuvin said. “There’s no doubt in my mind that no jail will protect you when there’s powerful people that want to reach you. If he’s going to implicate anyone in power that has the ability to reach in and somehow get to him – his life is definitely in jeopardy.”

Kuvin suggested that the Metropolitan would do well to “seal” Epstein in high-security solitary confinement – which, according to The Daily Mail, is exactly what has been done.

Initially put into solitary confinement, Epstein was later transferred into the prison’s general population and almost immediately received death threats, forcing prison authorities to relocate him back to the high-security section.

Two weeks ago, Epstein asked for house arrest, but his bid was denied by a judge after the former financier was shown to be a flight risk. That ruling was appealed last week.

“It’ll be interesting to see whether or not Mr Epstein attempts again to get out on bail and if he does whether he survives between now and the date of his trial,” Kuvin commented, according to the Mail.
— Read on sputniknews.com/us/201907301076402764-jeffrey-epsteins-life-may-be-in-danger-due-to-powerful-friends–attorney/