Calling Trump a racist is now the centerpiece of the Democrats’ strategy, and that may spell disaster.

Authored by Graham Noble via LibertyNation.com,

The Democratic Party appears to have decided that the surest way to win control of the White House in 2020 is to make racial division the centerpiece of its agenda. That is a gamble, to say the least, but unless the US economy crashes before the general election, the race card may be the only one President Donald Trump’s opponents can play. 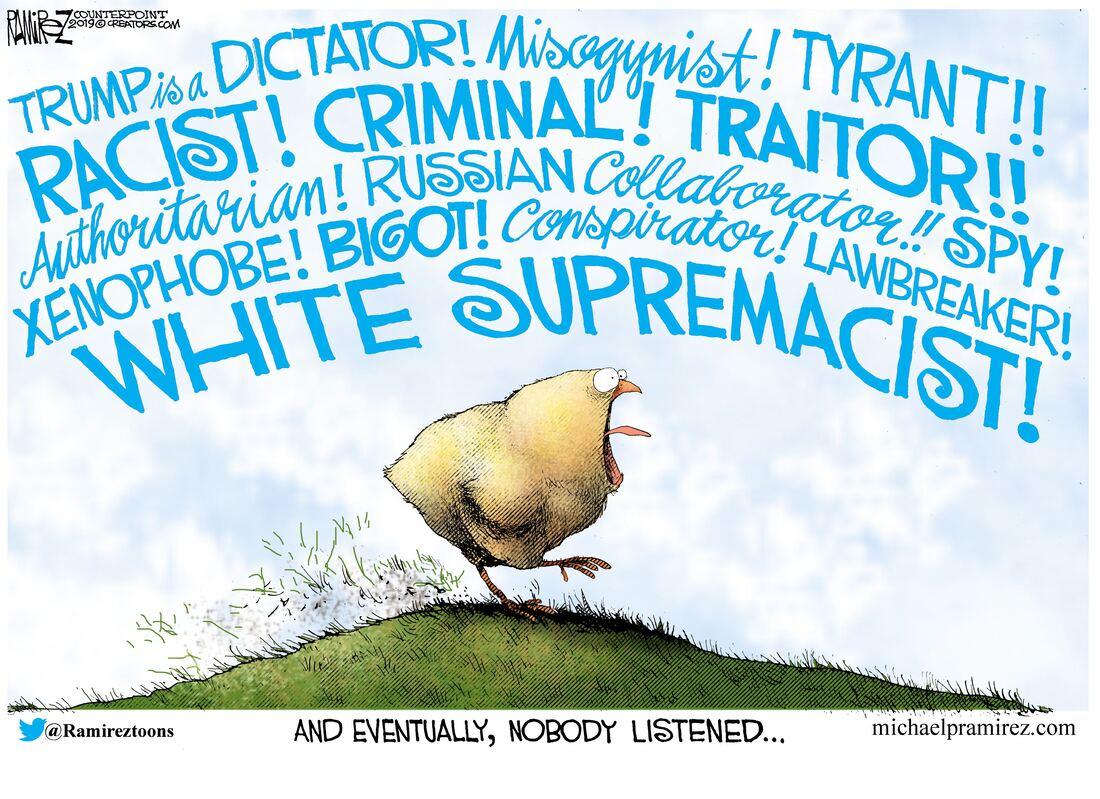 Potential 2020 challengers to Trump are trying to outdo each other on the issue of perceived racial injustice and bigotry. As usual, the left-wing mediaare doing all they can to influence the next election in favor of Democrats – in this case, by ramming down the throats of Americans the notion that the Commander-in-Chief is a white nationalist and, by extension, so are his supporters.

Addressing the Young Leaders Conference in Atlanta on July 17, Sen. Bernie Sanders (I-VT) pledged to “go to war against white nationalism and racism in every aspect of our lives.” The senator cited his personal history, saying that his father’s entire family was wiped out by “Hitler and his white nationalism.” Ironically, just as Hitler scapegoated Jews as being responsible for almost all of Germany’s problems at the time, so the modern American left seeks to hold white people of European descent responsible for all the Western world’s problems today. 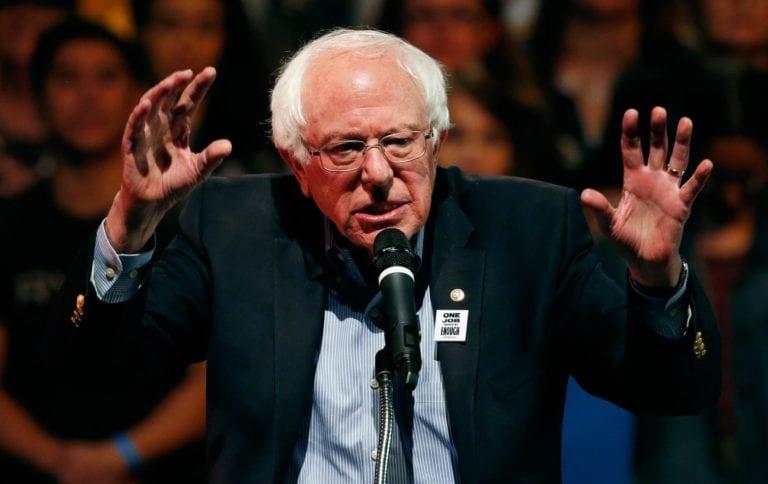 In truth – while there is no doubt that Hitler was a racist – it is not accurate to describe him as a white nationalist. The Nazis allied themselves with the Japanese and also with Muslim Arabs while waging war on, or occupying, many European majority-white countries: Poland, Czechoslovakia, Britain, France, Belgium, Holland, Denmark, and Norway. Though European Slavs are white – many with blond hair and blue eyes – Hitler considered them sub-human.

Hitler’s brand of racism was based not primarily on skin color but on a rather unscientific notion of racial heritage; he viewed people of “Germanic” descent to be superior to all others, regardless of skin color. Just as Africans and Asians have used tribal heritage as a reason to slaughter one another, so did Hitler use the same idea. While it is ridiculous to argue the relative merits of different brands of racism – since none has any merit – to blame white nationalism for Hitler’s atrocities is to rewrite history.

Sen. Cory Booker (D-NJ), whose campaign has yet to get off the ground, in July told CNN’s Dana Bash that Trump is “worse than a racist.” That is a rather confusing pronouncement, implying that the senator believes racists are not the worst of all people. Booker tried to explain himself: “[Trump] is actually using racist tropes and racial language for political gains, trying to use this as a weapon to divide our nation against itself.” Once again, a Democrat politician demonstrates his complete ignorance of the concept of irony.

Booker is not the only person on the left whose rhetoric requires redefining the word “outrageous.” MSNBC put alleged investigative journalist Vegas Tenold on the air, back in July, to claim, “We’re at a point where Trump is more racist than neo-Nazis.”

In August, Robert “Beto” O’Rourke said of Trump, “He is a racist, and he stokes racism in this country, and it does not offend our sensibilities; it fundamentally changes the character of this country and it leads to violence.”

Racial Rhetoric Coming From Only One Side

Only one of the two main political parties in the US appears to be obsessed with skin color (no prizes for guessing which). The main question, though, is why Democrats have decided to push this issue more than any other.

Only Joe Biden, by virtue of his eight years as Barack Obama’s vice president, truly commands the loyalty of most black Democrat voters. The concern must be that no other presidential hopeful can be assured the same level of loyalty from the black community. 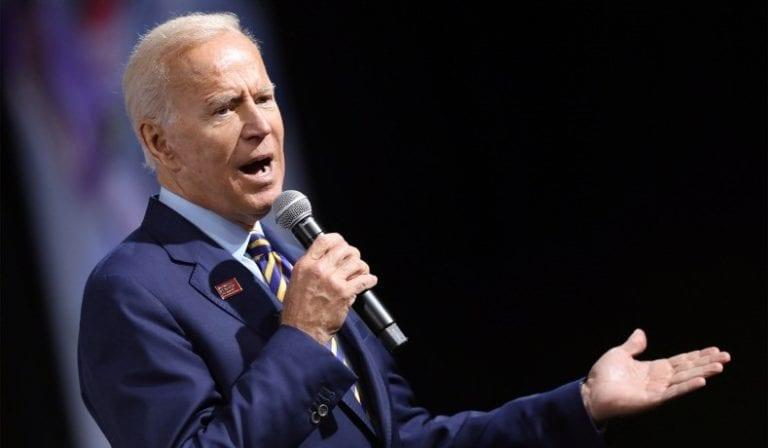 Trump certainly is unlikely to win even 50% of the black or Latino vote in 2020, but he need only take a larger share of those votes than previous Republican presidential candidates claimed to put his eventual Democrat challenger in real trouble. Sen. Elizabeth Warren (D-MA) currently is surging, but she does not enjoy anything like Biden’s level of loyalty among black voters. If the latter fades from the top tier of the nomination race, Warren is unlikely to benefit, though she certainly is one of those most likely to win her party’s nomination, and her support among blacks appears to dwarf Bernie’s.

One would have thought that at some point the Democrats might worry that they are overplaying the race card. Such is the level of hysteria over the president’s alleged racism that the eventual Democratic Party presidential candidate will have little choice but to make the issue the very centerpiece of his or her campaign. Such a strategy is very unlikely to prove successful since most American voters – white, black, or brown – will probably base their choice on concerns other than racism. 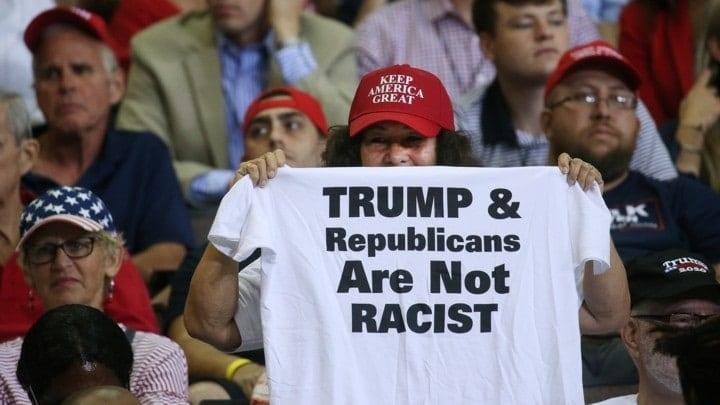 Over many years the left has so diluted the impact of the label “racist” that there is little prospect a significant number of voters will be swayed by such allegations – particularly at a time of record-low unemployment among blacks and Latinos. Furthermore, Trump’s policies have done nothing to indicate racist sentiments. His attempts to reduce illegal immigration and impose a merit-based legal immigration system are the only things the left can interpret as racist policies.

Nevertheless, the majority of Americans agree, at the very least, that illegals should not be given a free pass, even if they may differ on how strict US immigration enforcement should be.

What chance, then, does a challenger to the president have of winning the 2020 election by focusing on portraying Trump  – and by association all of his supporters – as racist? Very little at all is the only possible answer.