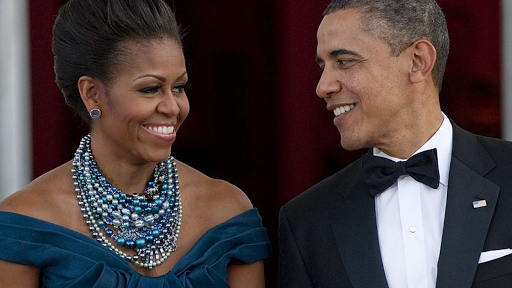 The man who spent eight years lecturing Americans about the evils of wealth and economic inequality, and fear mongered about global warming and climate change is reportedly set to buy a nearly $15 million beachfront Martha’s Vineyard estate.

According to TMZ, former President Barack Obama and his wife Michelle are in escrow for the multimillion-dollar mansion currently owned by the NBA’s Boston Celtics owner Wyc Grousbeck. “The former Prez and First Lady have been renting the house this summer and loved it so much, we’ve learned they made an offer. The property is listed at $14,850,000. Our sources say they’re paying less, but we don’t know how much,” the report says.

The irony of Mr. You-didn’t-build-that and At-a-certain-point-you’ve-made-enough-money himself living so lavishly was not lost on the internet. Nor was the fact that the property is beachfront (with a massive carbon footprint!). If one were to truthfully believe in the climate hysteria echoed by Obama, this purchase would be highly unwise, as the house will surely be underwater in a matter of years.