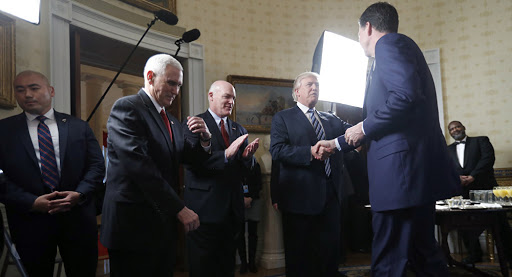 Although the IG Horowitz report did not find evidence that ex-FBI Director James Comey leaked any classified information about his talks with Donald Trump to the press, there is a big chance that upcoming exposures concerning the FBI’s targeting of Trump’s campaign may hit the ex-FBI chief and other top officials, Charles Ortel believes.

As it turned out, Comey gave one of the documents to his friend, who, in turn, leaked it to a New York Times reporter. Contrary to the expectations of some Republican lawmakers and conservative pundits, the investigation found “no evidence that Comey or his attorneys released any of the classified information contained in any of the memos to members of the media”. Still, the report highlighted that Comey did violate DOJ and FBI policies and set a “dangerous example for the over 35,000 current FBI employees”…