It is no surprise that more and more reports are surfacing of famous leaders in this movement who are falling into sexual sin. Their popular self-focused crowd-pleasing gospel has never called them to crucify anything except perhaps what they consider negative talking or thinking contrary to their teachings. 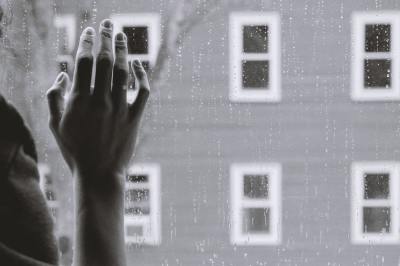 Why does there seem to be so much sexual sin on the part of modern-day “Christians?”

Galatians tells us that “I have been crucified with Christ and I no longer live, but Christ lives in me” 2:20 (NIV). This has become one of the daily theme verses of those of you who for years have embraced a biblical conversion to Christ. You are painfully aware that your former sin nature continually rears its ugly head almost every time you go to make a decision. Over and over again, you find that you must allow the Holy Spirit to nail your will to the cross. Like the Apostle Paul, you are in an ongoing wrestling match with your flesh, and you accept the fact that the battle will continue until God one day calls you home. However delight, joy, and victory all come from the beautiful presence and peace of God which floods your soul as you daily decide to live not for this life, but for the eternal life to come.

On the other hand, to those who are a part of a new worldwide movement of believers who have come under some kind of new “divine enlightenment” the crucified life is very foreign. The scripture mentioned in the first paragraph of this article is never preached in their services. It does not fit in the new “enlightened” self-centered, self-focused gospel which seems to be filling churches by the droves. The “me” gospel as it has been called is not Christ-focused but self-focused and has its roots in their belief system. This belief system is based on secular humanism, a philosophy which is already popular with the crowd it seeks to attract.

It is no surprise that more and more reports are surfacing of famous leaders in this movement who are falling into sexual sin. Truth be told, the avoidance of sexual sin has never comprised any part of their “conversion.” Their popular self-focused crowd-pleasing gospel has never called them to crucify anything except perhaps what they consider negative talking or thinking contrary to their teachings. Their old nature has never been put to death just simply been carefully and craftily hidden where nobody can see it except themselves and God.

Many have called their teaching the “prosperity gospel.” It sounds good, feels good, and tastes good, but its’ fundamental teachings oppose the very crucified life that Jesus came to call us to. The problem with the prosperity-based gospel is that it calls no one to take up their cross. Congregants are told that God wants to bless them and that they are entitled to all kinds of pleasures in this lifetime. Their teachings entice listeners to a buffet of choices, all which serve the flesh rather than crucify it.

“The heart is deceitful above all things, and desperately wicked who can know it?” Jeremiah 17:9 (KJV) As Jeremiah says, prior to true conversion all that we knew was how to serve ourselves. Our own likes, wants and desires led us to the heartbroken place where we saw our need for God.

For years we had served what the scriptures refers to as “the flesh” or the “old nature.” All throughout the New Testament, many teachings show us how to die to self and to serve the living Christ through the power of the Holy Spirit. However all such scripture is carefully suppressed by those who promote how to live the “blessed life” where your dreams are God’s dreams for you!

Sexual sin starts off as something small in someone’s life. The sin is not chopped off at the root as it would be in a true believers life that daily put that old nature to death. In the world of the “modern gospel” the sexual sin would be put on a shelf, to be dealt with later. It is not considered as ugly as it is, because in this movement forgiveness is granted without repentance. Their Jesus loves them in all situations as they like to say “all your sins are forgiven past, present and future!” So they proceed on undaunted, pursuing the attractive smorgasbord of life’s choices.

The hero worship with which our society is saturated creates the foundation which allows sexual sin to thrive. Man’s inner desire to be worshiped goes all the way back to the oldest of creations sins when Lucifer wanted to to be worshipped above God. Just as Jesus’ nature grows within the life of the true biblical Christian, Satan’s nature grows within the heart of the non-biblical Christian, who like Satan, wants to be worshipped. Sex in today’s culture is based on worshipping the creature more than the Creator! Pornography searches for that “perfect” body. Sexual sin craves that intense arousal.

It is because of this “modern gospel” that has no cross, no repentance in seeking forgiveness of sin and no teachings about putting the old nature to death in order to follow Christ. If your church does not teach you how to be crucified with Christ, please find one which does, before you are the one destroyed by your own sinful desires! As Paul said; “For me, to live is Christ and to die is gain.” Philippians 1:21 (NIV)

Rev Nolan J Harkness is the President and CEO of Nolan Harkness Evangelistic Ministries Inc. since 1985. He spent most of his adult life working in youth ministry. He also felt the calling of Evangelist/Revivalist and traveled as the door was open holding evangelistic meetings in churches throughout the Northeast. His website is http://www.verticalsound.org.