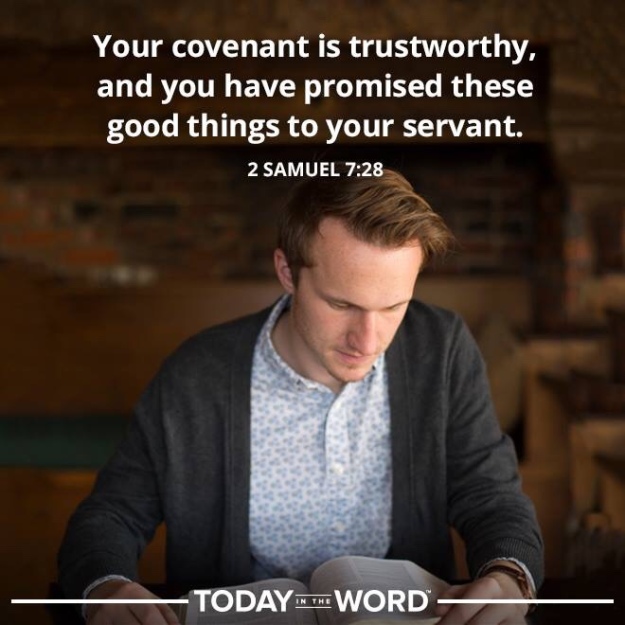 7:28 David knew God’s words were true (the Hb word rendered “true” is related to the Eng word amen). God’s truth provided David a foundation for his life, just as it does for all believers (Jn 8:31–32).[1]

Ver. 28.—And now, O Lord God, thou art that God. The pronoun rendered “that” is really a personal pronoun used as the copula, which the Authorized Version inserts in italics. As this grammatical usage, which is common to all the Semitic languages, was not understood at the time when our version was made, we find all the parts of the verb “to be” constantly printed in italics, as though absent, while really they are expressed in the Oriental way. This has the advantage, however, of reminding the reader that wherever the verb “to be” is printed in Roman characters it has a much stronger meaning than the mere union of subject and predicate. Thus in Gen. 1:2 the first “was,” in Roman type, means “existed,” or possibly “became;” the second “was,” in italics, is simply the copula. Here the correct translation is, And now, O Lord Jehovah, thou art the God; i.e. the one real, true God.[2]