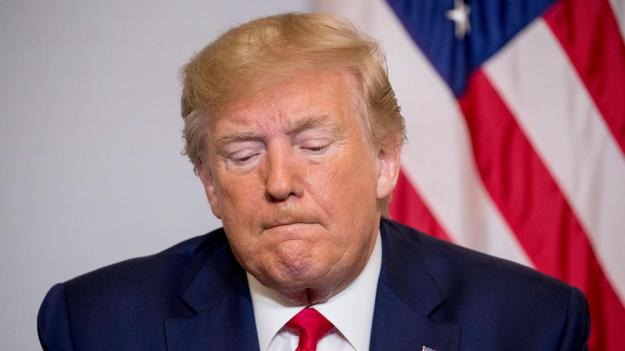 Democrats are building momentum towards impeaching President Trump over allegations that he withheld aid to pressure Ukraine to investigate Joe Biden and his son. Calls for impeachment are growing to a fever pitch, even before any evidence has been presented.

With news that Speaker of the House of Representatives Nancy Pelosi may be planning an impeachment resolution with the Democrat caucus, Trump announced Tuesday afternoon that he’ll be releasing the full transcript of his phone call with Ukraine’s president in an effort to shed more light and less heat on the case.

“I am currently at the United Nations representing our Country, but have authorized the release tomorrow of the complete, fully declassified and unredacted transcript of my phone conversation with President Zelensky of Ukraine,” Trump tweeted. “You will see it was a very friendly and totally appropriate call. No pressure and, unlike Joe Biden and his son, NO quid pro quo! This is nothing more than a continuation of the Greatest and most Destructive Witch Hunt of all time!”

Pelosi had been demanding the administration release the whistleblower report and the private phone conversation between President Trump and the president of Ukraine. Trump’s response has been clear, arguing he did nothing wrong.

“It’s just a Democrat witch-hunt. Here we go again. They failed with Russia, they failed with everything, and now they’re bringing this up,” Trump told reporters Monday.

In a new Washington Post report, it’s alleged that Trump ordered aides to freeze millions of dollars in aid to Ukraine days before he spoke with the country’s president.

The report cites an administration official who says the freeze was out of concerns of corruption in Ukraine, and Senate Republicans who said Trump was trying to determine if the new president was pro-West or pro-Russia.

Democrats believe the president offered to release the aid, only if Ukraine launched a corruption investigation into Vice President Joe Biden and his son Hunter’s involvement in a Ukrainian energy company.

“I put no pressure on them. I think it probably, possibly could have been OK if I did, but I didn’t put any pressure on them whatsoever,” Trump said in response to the allegations.

“There’s a difference between Donald Trump telling the Ukrainian president, ‘Hey you might want to look at Joe Biden.’ It’s another thing to say, ‘You better look at Joe Biden and if not we have a few hundreds of millions of dollars of aid,'” CBN News Chief Political Analyst David Brody said on Faith Nation.

In an op-ed published in the Washington Post late Monday, seven freshman Democrat lawmakers who served in the military and national security said that if the allegation against Trump is true, it’s impeachable.

These Democrats hold sway with House leadership because many of them are from Republican-held districts where Trump has been popular, and have so far been against impeachment.

Republicans say they don’t have enough information yet and point to the allegations against Joe Biden’s actions as Vice President when his son worked with a Ukrainian company that was under scrutiny by a government prosecutor.

“What’s Hunter Biden doing on the board of directors of a major Ukraine natural gas company? And did his dad call off or ask to have the prosecutor call off in a way that would inure to the benefit of his company? I don’t know, I just think it all looks bad, all of it,” Sen. John Kennedy (R-LA) said.

Speaker Pelosi set a deadline for Thursday to receive the whistleblower report, promising new investigations if it’s not handed over.

Now there are reports that she’s quietly discussing whether it’s time to proceed with impeachment.