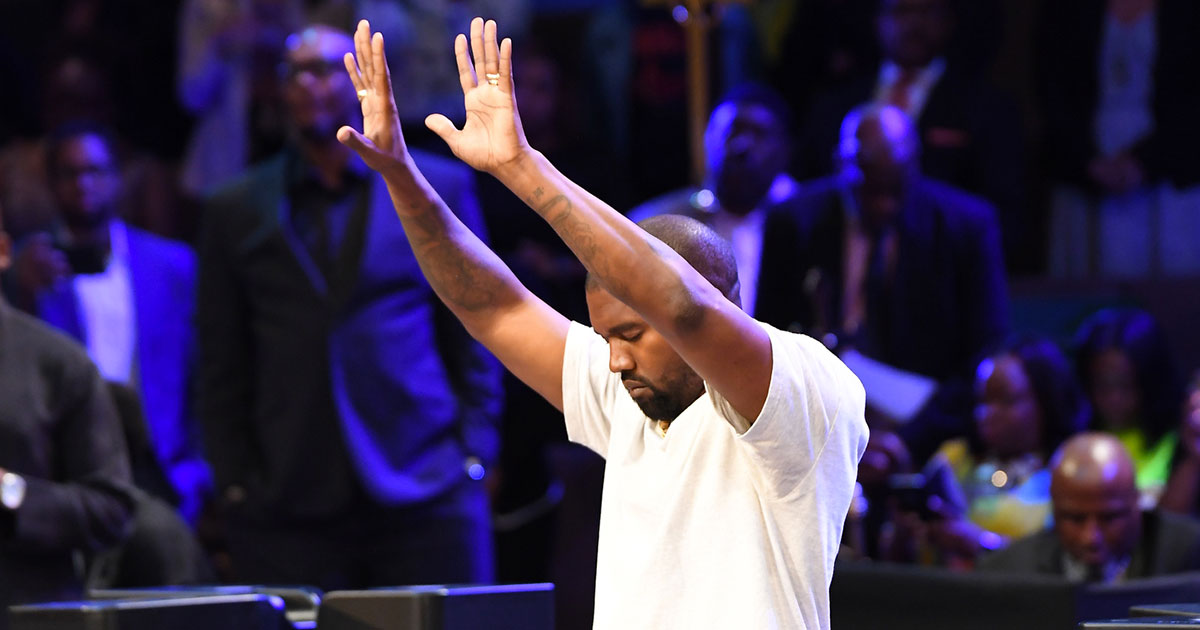 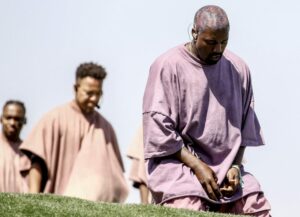 I really want to believe it. “I’m not here for your entertainment; we’re here to spread the gospel,” said Kanye West at a recent event. So, Kanye is born again? And Kim Kardashian West was baptized? Was it for show, and why should we care? Because these two alone influence hundreds of millions of people.

Throughout history, fame and fortune have left countless souls empty and miserable, so it shouldn’t surprise us when celebrities search for true meaning in life. Many just want some form of spirituality and don’t really know what they’re looking for, but remember this: no one is beyond the reach of the one true God.

Pray for them, but let’s not be too quick to put celebrities up on a pedestal. There are too many examples of famous people claiming Christianity but living or saying things that contradict what the Bible teaches.

So regardless of what you think of his support of President Trump, Kanye West seems to be sincere in his newfound faith in Jesus Christ. Only time will tell.

I’m David Fiorazo and this is Christ and Culture.

Some Christian news outlets publish stories on big name athletes or celebrities who simply mention God or talk about being blessed. This doesn’t mean they believe in Jesus. We need to take a little time and look into the beliefs, theology, and lifestyle of any public figure claiming to be Christian.

I can’t even mention some of the past disgusting song lyrics by Kanye West, many are profane and offensive. But apparently, that was then. His new project is called, “Jesus is King,” and he now says he only wants to do gospel music.

In a video of him preaching to a captive audience at one of his album listening events, he refers to himself as a recent convert. West admitted some past mistakes saying he formerly “worshiped the idea of labels, brand names; I worshiped cars, I worshiped the city I grew up in.”

West then mentioned repentance and the gospel to a captive audience, explaining that,

“The first thing Jesus said was ‘Repent.’” And added, “Imagine someone sending their only son — to die for you!”

He also talked about the fact people cannot work their way to heaven or earn salvation and quoted Ephesians 2:8-9:

“For it is by God’s grace that you have been saved through faith; it is not a result of your own efforts, it’s a gift of God.”

So what are we to think? Just watch with cautious optimism. Observe his life to see if he produces good fruit. And be gracious, because we all have a past, we’ve all sinned and made mistakes along the way.

As for his wife, Kim Kardashian West, it might take a while.

Consider the media megastar and selfie queen, who became wildly rich and famous. It wasn’t from studying and receiving a degree, working hard, paying her dues, helping others; it wasn’t for some great achievement or contribution to society − but because people knew her last name thanks in part to her father, Robert Kardashian being friends with O.J. Simpson.

Kim also grew up with mega-wealthy friend, Paris Hilton, who actually hired Kardashian to assist her during a so-called reality TV show The Simple Life. But the event that sadly catapulted her to stardom, enabling her to eventually become a narcissistic role model for America’s daughters was the settlement of a $5 million lawsuit for her 2007 sex tape.

To her credit, she used the money to propel her family into stardom by producing Keeping Up with the Kardashians, and tragically, young girls have emulated her ever since. Why? Because Americans are obsessed with sex and fame. Today, she has 149 million followers on Instagram alone.

Writing in The Washington Times about why we should care, Jessica Chasmar penned an article, “Kardashian culture is killing America,” and stated:

“The Kardashian saga illustrates our nation’s moral, spiritual, and cultural decay like few other media stories do. America of 50 years ago would regard Ms. Kardashian with a mixture of disdain and pity, embarrassed by the very idea of a young lady’s most private moments being broadcast for all the world to see.”

The Kardashian family’s lust for attention and self-worship, sex and money has further polluted the soul of a nation that has forgotten its roots – and forgotten how to blush. With so much of today’s entertainment openly promoting sin, it’s no surprise American culture has gone into the gutter. But as Christians, we don’t have to consume it.

For the record, Kim Kardashian West, Kanye West, and Caitlyn Jenner were named among Time Magazine’s thirty most influential people on the Internet a few years ago.

Thanks to them, mind-numbing reality TV shows have succeeded at taking advantage of a dumbed down and bored generation of people with misplaced priorities. It’s astounding these shows are on television – because people watch.

So the fact Kim is pictured wearing crosses and was baptized in an Armenian church proves little about her faith. Madonna and Lady Gaga have worn crosses as well.

Kardashian West hasn’t publicly discussed much about what she believes. Though we should be skeptical of her morality and values for obvious reasons, it appears Kanye West is on the right track.

This will be an interesting saga to keep an eye on. For example, after years of proudly showing off his curvy, uninhibited wife, he now questions some of the dresses she wears in public. Her reaction was predictable.

“I don’t need any more negative energy for you to now say that you’re not into me wearing a tight dress,” and “just because you’re on a journey, and … transformation doesn’t mean that I’m in the same spot with you.”

We may sometimes hate what America has become, but many of us were once just as lost, far from God, and without hope. We shouldn’t expect unbelievers to act as if they know God and are saved. Many celebrities think they have it all in life and don’t need anything because they are their own gods, but you and I know better.

There’s only one way to salvation. Pray they come to a knowledge of the truth before it’s too late. God bless you and keep speaking the truth about things that matter.