(Natural News) For more than a few weeks we’ve been told that a “whistleblower” from the CIA claims President Trump made inappropriate demands of the Ukrainian president in July when the two spoke regarding “dirt” on former Vice President Joe Biden, who is running for the Democratic Party presidential nomination.

Though the president and the White House have since released a transcript of that phone call which did not indicate that Trump made any appropriate demands or threatened to withhold aid as the alleged whistleblower initially stated, that hasn’t stopped Democrats and their deep state allies in the intelligence agencies and the legacy media from continuing to beat the impeachment drum.

As such, in order to conduct proceedings in secret, Pelosi has allowed House Intelligence Committee chairman Adam Schiff, a reputed liar and leaker, to spearhead the fake probe. That gives him the opportunity to hide behind closed doors and make up any narrative he wants to spoon-feed to a willing fake news media.

But that’s not how impeachment is supposed to work. Constitutional lawyer, expert, author, and former Reagan Justice Department official Mark Levin, whose daily talk radio program reaches millions of people, explained it all during his Sunday Fox News program.

“All of a sudden, Ukraine. We go from Russia to Ukraine” with this president, Levin said, referencing the widely debunked and never true “Russian collusion” hoax that became the deep state’s first attempt to depose Trump like they would in a third-world banana republic.

Levin says Pelosi and six committee chairmen he calls her “Politburo” are “running roughshod, or trying to, over the president of the United States, the Executive Branch, issuing letters that they call subpoenas.”

“And if the letters aren’t replied to in a certain time, they’re claiming that it’s obstruction of justice” when, again, letters aren’t subpoenas and the administration is under no legal or constitutional obligation to respond, he continued.

“The process” by which Democrats are attempting to set up Trump and conduct their so-called ‘impeachment’ inquiry “is ahistorical,” Levin added.

Where is this whistleblower?

President Trump’s legal team wrote a letter last week to Pelosi and various committee chairmen informing them they “have denied the President the right to cross-examine witnesses, to call witnesses, to receive transcripts of testimony, to have access to evidence, to have counsel present, and many other basic rights guaranteed to all Americans” by statute and by the Constitution, the letter stated.

It should be noted that initially, Levin was not a huge supporter of Trump. But over the years he has warmed to the president, noting that he has become one of the foremost champions of the Constitution and rule of law in the history of our country — and certainly since the last constitutionalist president, Ronald Reagan.

But in recent days, suddenly, Schiff decided that the whistleblower, whomever he is (and official Washington and media types reportedly do know the person’s identity) won’t be ‘needed’ to testify publicly or make any public statements.

“[W]e don’t need the whistleblower who wasn’t on the call to tell us what took place during the call. It may not be necessary to take steps that might reveal the whistleblower’s identity to do that. And we’re going to make sure we protect that whistleblower,” Schiff said. 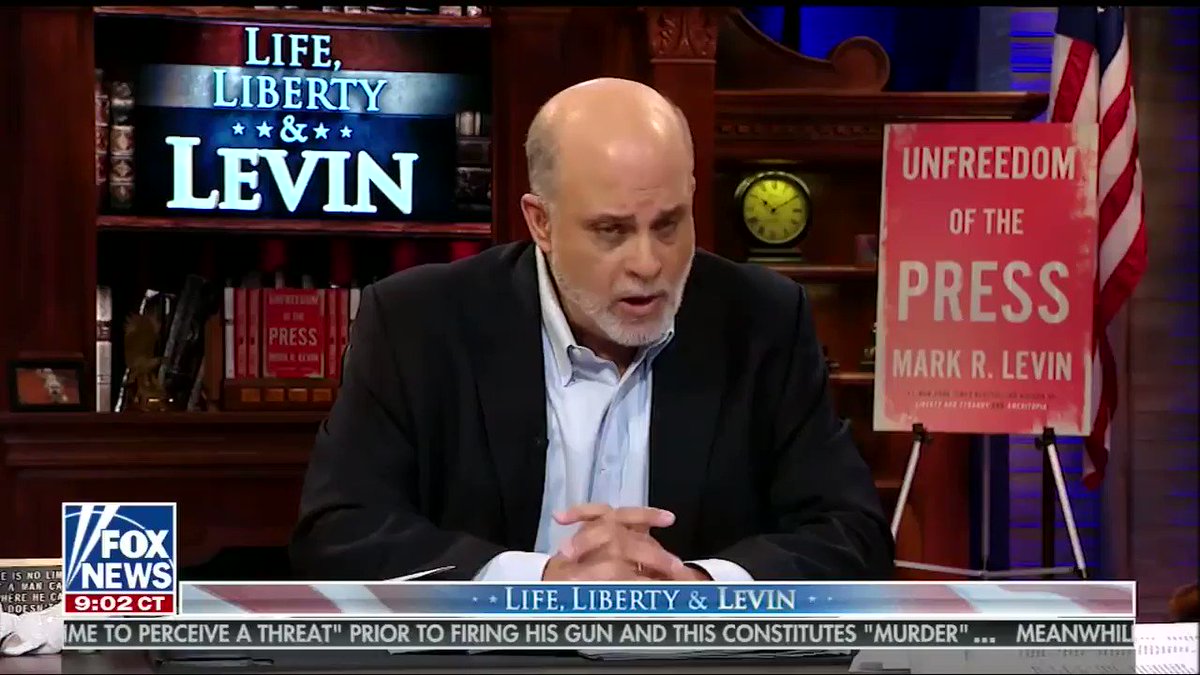 18K people are talking about this

What a sham this all is. Americans are not going to approve of their president being impeached and railroaded.

1 thought on “There are NO WHISTLEBLOWERS! Schiff Made it All Up – DC Dirty Laundry”