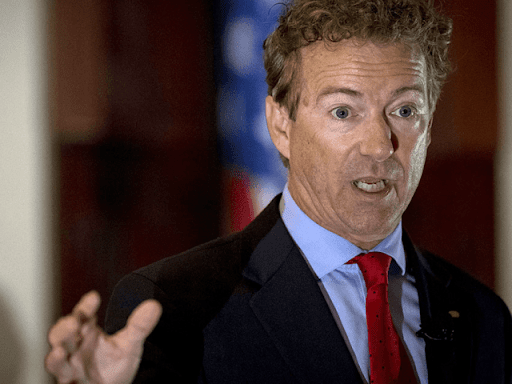 Paul called rising support for socialism among youth in America “mind-boggling” in a recent interview on his new book.

Paul, a 2016 Republican presidential candidate and prominent libertarian, said he remembers in the 1970s and 1980s when Americans would never admit to being socialists, let alone a liberal. Today, he said, Democrats are openly running on socialist platforms, such as Sen. Bernie Sanders (I-VT) and Rep. Alexandria Ocasio-Cortez (D-NY).

“It’s kind of mind-boggling, actually,” he said in an interview on Wednesday. “We now live in a time where not only are people talking about socialism, they’re proudly running as a socialist.”

“I think it’s important for this generation to realize what socialism was in the last century and how [it] really invariably was associated with violence, with genocide, with famine, with horrible tragedy and you know, today’s youth seems to have forgotten that,” he said.

He said in China, as many as 40 million died during the Great Famine in the late 1950s, and today, in Venezuela, people are eating their pets.

“That is the end result of socialism, there is no food in the stores,” he said. “Venezuela has more oil than any other country in the world, they have more oil than Saudi Arabia, they were one of the richest countries, and now they’re in calamitous poverty.”

His book tells the story of a young woman in Venezuela in a gang that controls territory — six dumpsters where they can search for food.

“How did they get there? It’s almost, it’s mind-boggling. How do you even explain it?” he said.

He said he does not think America is ready for socialism, but pointed out that Sen. Elizabeth Warren (D-MA) — who does not call herself a socialist but is running on socialist policies — appears to be the Democrat frontrunner.

“The socialist doesn’t win, but the person who has all the same policies who doesn’t call herself a socialist, Elizabeth Warren, and right now is looking like the frontrunner, but she’s for most of the policies that Bernie Sanders is for and so that will be the question, will we elect someone with socialist policies?” he said.

Paul debunked the myth that there is socialism in Scandinavia.

“They’re not socialist in Scandinavia. They have private property, they have a private stock market, they don’t even have a minimum wage, prices go up and down, but they do have a big welfare state. So while they’re not socialist they have a big welfare state. They do have free college, free paid leave, all these sort of welfare goodies,” he said.

“It turns out in Scandinavia, the way they pay for free college and all this so-called free stuff is they tax the working class, and the middle class, extensively, so there’s a 25 percent sales tax, they call it a VAT, it’s on food, clothing, everything, you name it. Twenty-five percent so everybody pays that, including the poor. So that’s a pretty significant tax — 25 percent,” he said.

“They also have an income tax that’s 60 percent starting at $60,000. That’s way higher than the United States. So the dirty little secret of Scandinavia is you can have a welfare state but everybody’s got to pay taxes,” he said.

He said back in the U.S., Warren is promising Medicare-for-all without saying whether she would raise taxes on the middle class to pay for it.

“She won’t answer the question. Now Bernie has, he said we’ll raise taxes on the middle class but they’ll save money on their healthcare cause it’ll be ‘free,’” he said.

“Well Elizabeth Warren won’t answer that question, I think that’s going to be an important question for her, and we’ll see, and even the left and the establishment media and the left are going, ‘Elizabeth, how are you going to pay for this?’ and I think she’s boxed in a corner and eventually she’s going to have to admit — with massive middle class taxes.”