Fewer than half of students consistently support freedom of speech and two fifths favour censorship and no-platforming of controversial speakers, research has shown.

A “culture of conformity” may also be having an effect on undergraduates, who are often too intimidated to espouse unpopular views on campus, according to a report by the centre-right think tank Policy Exchange.

Deep-rooted reform is needed at universities, which should establish academic freedom champions reporting directly to the vice-chancellor, it says. 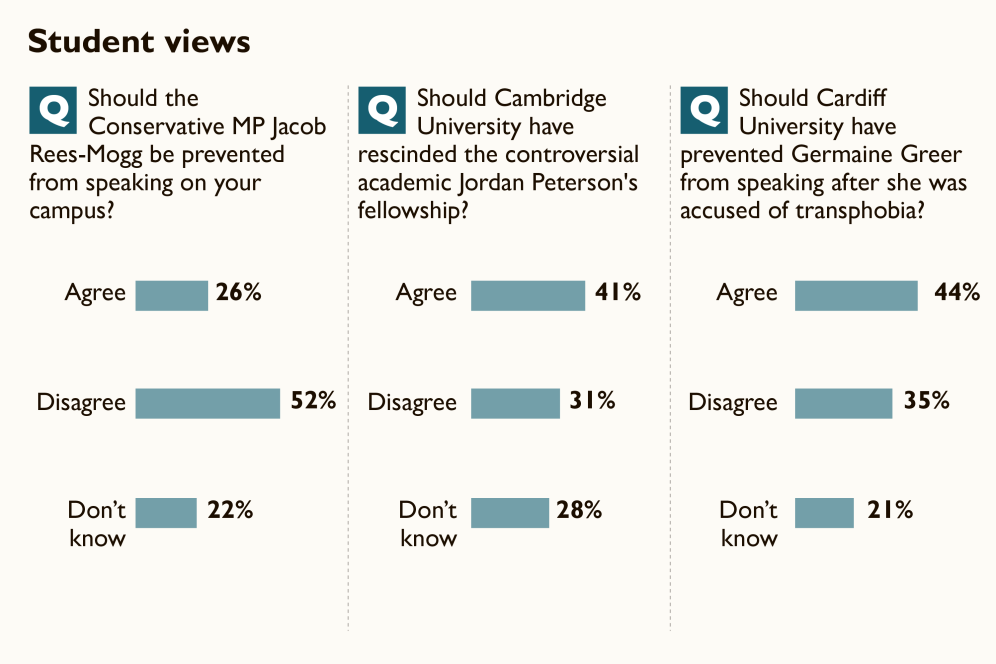 The research exposes the extent to which a significant number of students value safe spaces for disadvantaged groups above freedom of speech.