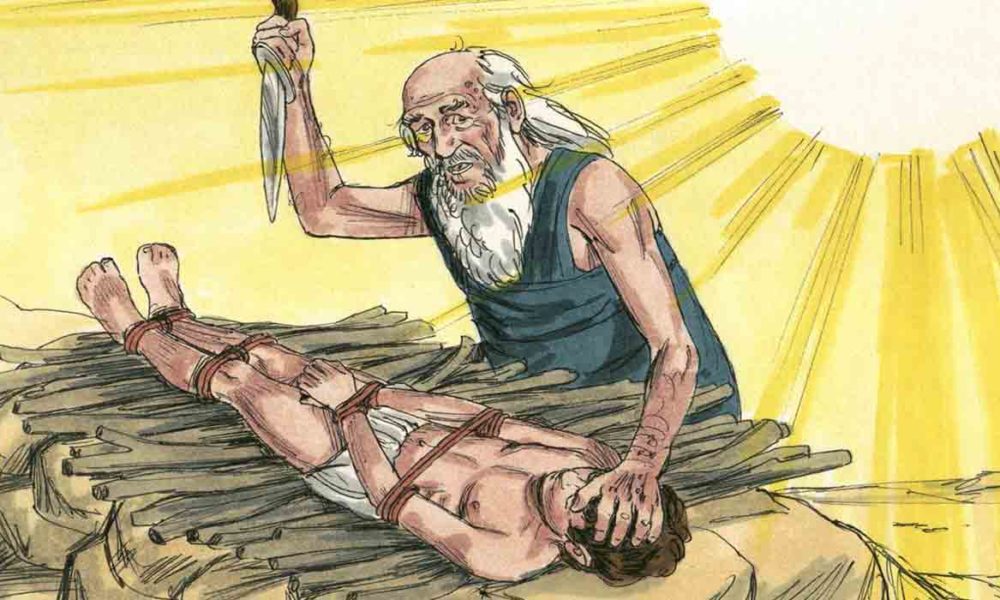 “God so loved the world, that He gave His only Son, that whoever believes in Him should not perish but have eternal life.” – John 3:16

God promised to give Abraham a multitude of descendants, but at the age of eighty-six, he was still the father of none. Not much to look forward to, it seemed. Abraham and Sarah eventually doubted God’s promise. Thinking God might need their help to make His promise come true, Abraham slept with his wife’s household servant and received a son. They figured Jesus could descend from Abraham and Hagar’s son, Ishmael.

But no! God had promised to give Abraham a son through his wife, Sarah (Genesis 17:16; 18:10). And God keeps His promises! When Abraham was one hundred years old and Sarah was ninety, Isaac was born to them. Now there was hope!

But then God commanded Abraham to sacrifice Isaac as a burnt offering. Suddenly, all hope vanished. How could God’s promise come true if Isaac was dead? Jesus was to descend from Isaac’s seed.

Despite the extreme difficulty of the test, Abraham obeyed God’s command. But through this test, God presented a picture of Abraham’s greater Son, Jesus. The picture is painted by numerous parallels. Both sons are dearly loved and only sons. Both are sacrificed by their fathers. Both carry the wood upon which they will be sacrificed. Both are sacrificed in the same location: Isaac on the temple mount where daily sacrifices for sin would be offered; Jesus just east on Mount Calvary. But there is one major difference. A substitute was provided to die instead of Isaac, but no substitute was provided for Jesus. He died to pay for our sin.

Thank God for being willing to offer His Son as a sacrifice for your sin. Thank Jesus that He was willing to be the sacrifice by dying in your place so as to remove the righteous wrath of God against your sin.

This daily devotional is available in a print edition you can buy at Nearer to God Devotional. Rev. Brian Zegers has been serving the Lord by working with Word of Life Ministryas home missionary to the Muslim community in Toronto, Ontario since 2015.