Africa (MNN) — World Missionary Press can’t get their Scripture booklets and Bible studies off the shelves fast enough. They print nearly seven million pieces a month. That’s a lot, but it’s nothing compared to the mountain of requests they currently have for 126 million booklets. Helen Williams with World Missionary Press says there is a growing hunger for God’s Word in the 56 countries they serve. Nearly half of their booklet orders come from one continent: Africa. “I have an email on my desk this morning from a man in Zambia saying, ‘We definitely need spiritual food here. I’ve got five little churches out in the valley [with] 473 people, but there’s a tremendous hunger for the Word and I need your help.’ I get those [emails] day after day after day,” Williams says. 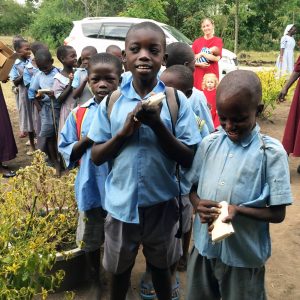 In northern Kenya, World Missionary Press has a request for Scripture booklets from two of the largest refugee camps in Africa. There is an active Church movement in these camps, and they are eager to share Jesus with others.Also, “We have one [shipment of booklets] going to Nigeria — and we can’t keep Nigeria satisfied! They are just using it and using it in so many different languages.” Nations in northern Africa are overwhelmingly Muslim. Some ministries avoid working in northern Africa due to security concerns and its spiritually closed nature. However, Williams says they are seeing many people in North African countries opening up to the Gospel.

“People will sit and talk with you. They will accept the New Testament. They will read it. They will get in conversation with you. Many times it’s one-to-one. We’re seeing that there is a place for the Word to be presented and considered and then you leave it to the work of the Spirit.”

For Muslims who do come to faith in Jesus, there is great risk. Believers from a Muslim background are often ostracized from their families and face attacks or even death.Despite the dangers of claiming Christ in northern Africa, Williams says, “The hunger is there…. We’re giving them God’s Word which the Spirit uses because the Spirit recognizes and knows how to deal with the hunger in the heart.” 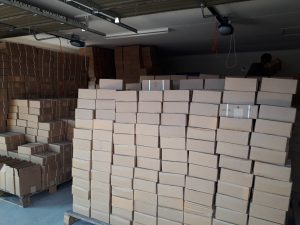 Printing, shipping, and processing all these biblical materials come with a price tag. World Missionary Press is working as fast as they can to get their booklets and studies out, but there is always more need. If you want to help, Williams says you can donate to a specific country God has laid on your heart.Click here to donate to World Missionary Press! Please also commit to praying for World Missionary Press. Williams acknowledges the real work of the Holy Spirit begins once their Scripture booklets are shipped around the world. “We pray for safety for the shipments and for clearing. It’s becoming more difficult in some of these African countries, particularly [with] new regulations [and] difficulty in infrastructure.“Pray for our partners over there who handle these shipments and…distribute it. It’s a limited supply and there are so many people asking. They need discernment and they need patience in how they can use the material.”Finally, Williams says, “We want to pray for those who are going to receive it, that the Spirit’s work will be done and that people will be responsive to what they read. [Pray] that believers will be grounded and have a firmer faith.”     Header photo courtesy of World Missionary Press.