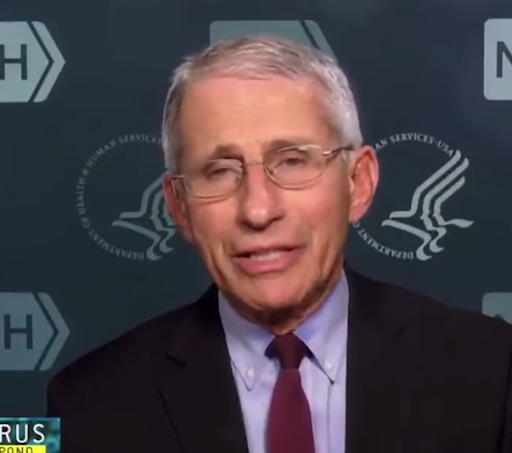 The pandemic experts in the U.S. have high scientific standards for evidence. Excerpt when they ignore them.

We’re told that social distancing is working because we’re flattening the curve. How do we know those two things are related? There isn’t that all-important-for-good-science control group. For all we know, the result would have been similar if we hadn’t put such draconian measures in place.

In addition, for all our medical experts’ talk of their high standards, they ignored those standards when they embraced the Imperial College model that, according to world renowned epidemiologist Johan Giesecke, was an internal document that was unpublished and had not been peer-reviewed. Giesecke had never seen a document of this type garner so much attention as to shape major public policy decisions.

He also described the strict lock down measures embraced by many countries as non-evidence-based. (What?! You mean our experts who uphold the highest of double-blind standards have been shooting in the dark?!)

And speaking of lock downs, according to some reports, the UK hit their peak before they put strict social distancing measures in place (here, here, here at the 6:40 mark).

On top of that, Gabi Barbash, a top Israeli scientist, has a statistical analysis that shows that the virus peaks after about 40 days and fizzles to a very low level after about 70 days, irrespective of the nature of the public policy to control it.

Sweden, meanwhile, continues to recommend moderate social distancing measures and the country appears none the worse for wear compared to other Western nations. In fact, Sweden is doing better because they’ve implemented social distancing without law enforcement arresting people, without drones (made in China) hunting people down, without snitch lines set up for people to report on others breaking the rules, and without taking a sledge hammer to their economy.

In all, Giesecke, Barbash, and decision-makers in Sweden support social distancing measures, but not to the level imposed here in the United States, and elsewhere, and not with enforcement that flies in the face of a free society.

So here we are as our experts (with their high standards) attribute current trends with the virus to the shutdown despite no way to prove it, after using a terrible model that informed public policy, and in the face of the very real possibility that no matter what you do with respect to trying to control the virus, the end result may be the same.

Let’s practice good infection control and get back to work!

5 thoughts on “We made a terrible mistake – American Thinker”