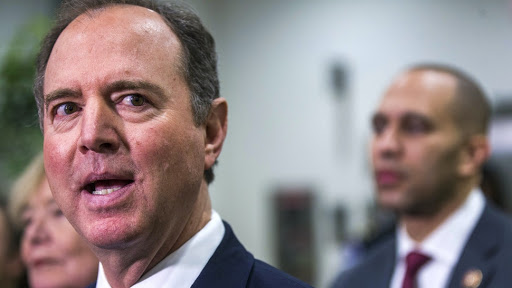 Newly released transcripts from House Intelligence Committee Chairman Adam Schiff’s (D-CA) closed door Russia investigation hearings show that former Obama officials and Schiff appeared to know that there was little to no evidence that the Trump campaign colluded with Russian officials during the 2016 election.

Here is what former Obama officials testified to when asked during Schiff’s hearings if they had or had seen evidence of collusion between the Trump campaign and Russia:

Despite the testimonies contained in the 53 transcripts, Schiff repeatedly promoted the now-debunked claim that the Trump campaign had colluded with Russia during the 2016 election and went as far as to saythat he had “direct evidence” that it happened.

Donald Trump Jr. told The Daily Wire, “Sounds like it was 53 up, 53 down. None of the former Obama admin people were able to testify that they had seen evidence of collusion. These are probably the same people that the New York Times, CNN and WaPo quote as ‘former US officials’ saying that there totally was clear evidence of collusion.”

Clapper, who had testified that he had no evidence of collusion, said two years later when he was a paid CNN contributor, “What was the Trump campaign doing the same time was essentially aiding and abetting the Russians.”

Clapper made those remarks to the House Intel Committee on July 17, 2017

Here is Clapper in May 2019, while being paid by CNN: “What was the Trump campaign doing the same time was essentially aiding and abetting the Russians” https://t.co/569g0DHCcwpic.twitter.com/xhNv9TzorC

Schiff reportedly panicked over releasing the transcripts because he knew what is is now public: that the things that he was claiming in public did not match what officials were testifying to behind closed doors.

A source close to the White House told The Daily Wire yesterday, “Schiff really is panicking In a state of panic, Schiff has been making sloppy mistakes. It was a colossally stupid mistake on his part to send his staff out to find out what role Grenell had in the process, it gave Grenell’s allies in the Intelligence Community the perfect opportunity to disclose that the redactions took place before Grenell got there. Some of Schiff’s other mistakes will play out over the next couple of days.”