Obama’s Former National Security Advisor, Susan Rice, sent an email to herself on the day before or the day of President Trump’s Inauguration.  This email was created not only to protect herself and her former boss Barack Obama, it was created to cover everyone’s backsides.

Former US Attorney Brett L. Tolman spoke out about the Susan Rice email to herself.  In a series of tweets, he shows that Rice’s efforts were not only to cover her and Obama’s behinds, they were to cover everyone’s behinds.  Unfortunately for all, the effort backfired.

Tolman shares his thoughts on Rice’s ‘CEA’ effort for all involved:

This is the declassified Rice “Top Secret” email from her official email to presumably her personal email. This is not just a CYA but a CEA “cover everyone’s a**” attempt. This shows Obama and Biden were calling shots against Flynn and Comey was providing the ammunition. 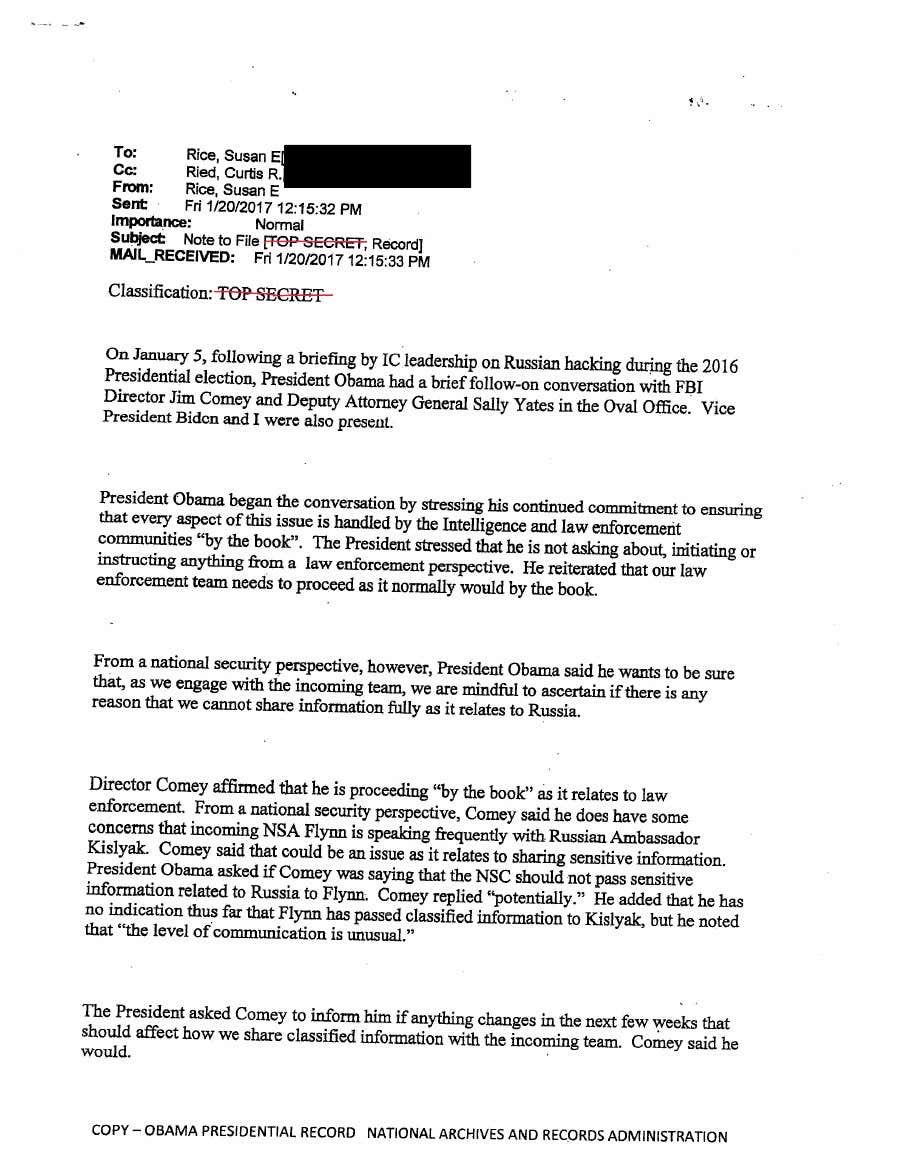 1,579 people are talking about this

The entire General Flynn effort was hollow and Rice’s email is more damning than exonerating:

Comey states they have no indication that Flynn has passed classified docs to Kislyak. So no basis to even go after him. He reveals that the only thing unusual is the number of times Flynn and Kislyak spoke. This is DAYS before Trump is in WH and Flynn is acting NSA.

This whole Flynn effort is not just hollow. Pretend. But fabricated out of literally nothing and this bizarre email by Rice, given what we now know, is actually more damning than exonerating of Obama, Biden and Comey. This is probably why Sally Yates was so shell shocked

454 people are talking about this

After the meeting the contents of Flynn’s discussion with Russia were leaked to the press which is a 10 year felony:

and could not think or listen to anything else during the meeting. From this group, most likely from Comey or his cadre of @realDonaldTrump haters and abusers in the FBI, the contents of the unmasking is leaked to the press (which is a 10 year felony.)

Further, it is in this meeting that it is decided that the Obama Admin is not going to fully brief Flynn and hence the Trump administration on the status or progress of the Russia investigation. But what screams out is why they didn’t want to brief them—not because they were

274 people are talking about this

The illegal spies in the Obama Administration did not want to get caught:

aware of any wrongdoing by @realDonaldTrump or @GenFlynn or anyone else. The real reason is because they did not want to reveal the merit less spying, unmasking and leaking against the incoming administration. Let that soak in …

469 people are talking about this

Susan Rice’s email to herself will go down in history as one of the dumbest and most damning actions of any Administration employee ever.  These people were corrupt and dishonest but fortunately not that smart.