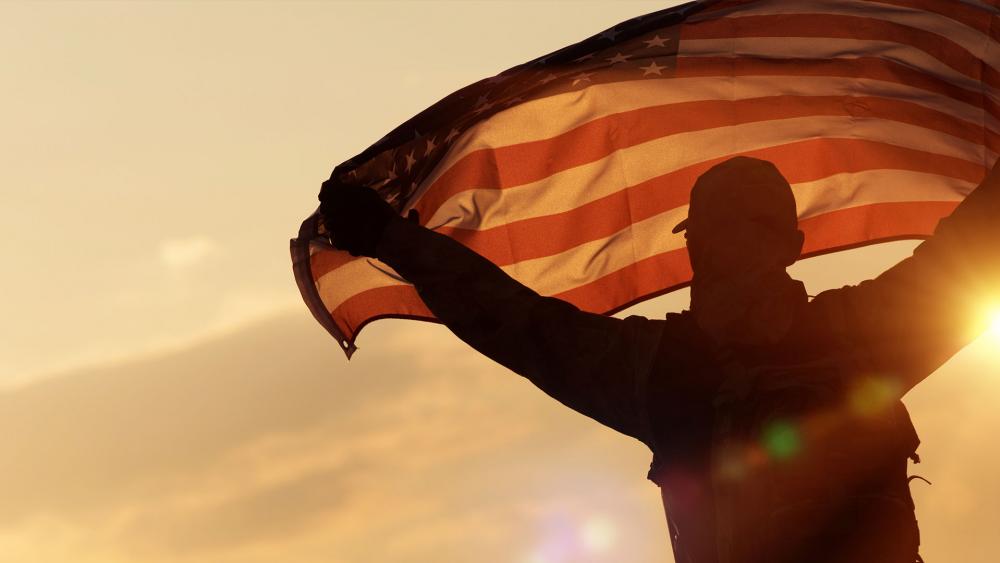 COMMENTARY by Jonathan Cahn and Kevin Jessip, co-national chairs of “The Return,” a national and global movement on an appointed day to return to God in humility, prayer and repentance.

“Return to me, and I will return to you, says the LORD of hosts.”—Malachi 3:7

Is this the generation that will witness the end of America? Throughout human history, every great society has eventually entered a period of decline, and sadly that is happening to us as well.

It is the hope of a committed group of national leaders that a worldwide event called “The Return” on September 26 will wake up the American people while there is still time. Our prayer is that our nation will return to the values and the principles upon which this nation was founded.

“I know your works. You have the reputation of being alive, but you are dead. Wake up, and strengthen what remains and is about to die, for I have not found your works complete in the sight of my God. Remember, then, what you received and heard. Keep it, and repent. If you will not wake up, I will come like a thief, and you will not know at what hour I will come against you.”—Revelation 3:1-3

Here are just four reasons why “The Return” is so critical and why the time is now:

Without revival, America and its future will be lost. Therefore, we have a window of time we may never have again. Most of us don’t want to look at the negative, but few positive glimmers here and there give a false sense of security to what is really happening in our nation.

Below are 16 facts that prove America is in deep, deep trouble:

#1 When Ronald Reagan won his first election, the U.S. national debt was less than $1 trillion. When Barack Obama entered the White House, the debt sat at $10.6 trillion; when Republicans took control of the House of Representatives in 2010, it was about $14 trillion, and we now have reached the $25 trillion mark—and climbing due to COVID-19 aid. We have been stealing money from our children and our grandchildren at the rate of more than $100 million an hour, and yet most Americans don’t seem to care that we are rapidly bankrupting our nation.

#4 In 2001, nearly 16 million Americans could not afford the homes that they were living in, but by 2015 that number had more than doubled.

#5 Our system of public education is a complete mess. A study of millennials in 22 major industrialized nations conducted by the Educational Testing Service found that only two countries were worse than the U.S. when it came to literacy proficiency, and the U.S. was dead last in math.

#8 According to the CDC, 110 million Americans currently have a sexually transmitted disease, and there are approximately 20 million new STD cases in the United States every single year.

#9 Thanks to decades of unchecked illegal immigration, membership in criminal gangs has absolutely exploded all over the country. Today, there are 150,000 gang members living in the city of Chicago alone, and they outnumber the police by more than a 10-to-1 margin.

#12 Our government continues to waste money in absolutely insane ways. For example, the U.S. military actually spends $42 million a year on Viagra.

#13 We are an extremely, extremely unhappy nation. If you can believe it, doctors in the United States write more than 250 million prescriptions for antidepressants each year.

#16 Since Roe v. Wade was decided in 1973, nearly 60 million American children have been murdered in America’s abortion mills. Sadly, the number of children aborted each day in this country is roughly equal to the number of Americans who lost their lives on 9/11.

We are in a critical time in America. We have been warned. God in His mercy has afforded us a time of reprieve to turn and repent for our land to be spared from destruction. It’s a Nineveh moment! “The Return” is a chance for America, 40 days prior to our next election, to turn back to God, just like Nineveh. “The Return” is the gathering to spark a movement to gather, fast, pray and repent for our wickedness.

“Yet even now,” declares the LORD, “return to me with all your heart, with fasting, with weeping, and with mourning; and rend your hearts and not your garments.” Return to the LORD your God, for he is gracious and merciful, slow to anger, and abounding in steadfast love; and he relents over disaster. Who knows whether he will not turn and relent, and leave a blessing behind him, a grain offering and a drink offering for the LORD your God? Blow the trumpet in Zion; consecrate a fast; call a solemn assembly; gather the people. Consecrate the congregation; assemble the elders; gather the children, even nursing infants. Let the bridegroom leave his room, and the bride her chamber. Between the vestibule and the altar let the priests, the ministers of the LORD, weep and say, “Spare your people, O LORD, and make not your heritage a reproach, a byword among the nations. Why should they say among the peoples, ‘Where is their God?'”—Joel 2:12-17

(Jonathan Cahn and Kevin Jessip are the co-national chairs of “The Return,” a national and global movement on an appointed day to return to God in humility, prayer and repentance. Cahn is a New York Times best-selling author of “The Harbinger,” “The Paradigm,” “The Oracle” and more and leads Jerusalem Center/Beth Israel as rabbi and pastor. Jessip is president of the Global Strategic Alliance and an adviser to national and global leaders within the business, political and faith communities. Pat Robertson and Gordon Robertson are also on the advisory committee for The Return. Learn more about “The Return” at www.TheReturn.org.)