Update (1025ET): That did not take long. As more and more information is exposed about Twitter’s bias, President Trump has tweeted an ominous warning to “Jack” and his crew of social justice warriors…

Twitter has now shown that everything we have been saying about them (and their other compatriots) is correct. Big action to follow!

And Kellyanne follows up with devastating blows…

Update (0845ET): Last night, President Trump slammed Twitter for tagging several of his tweets touting the alleged risks of mail-in ballots as ‘misinformation’, with the president accusing the social media giant of interfering in the 2020 election. 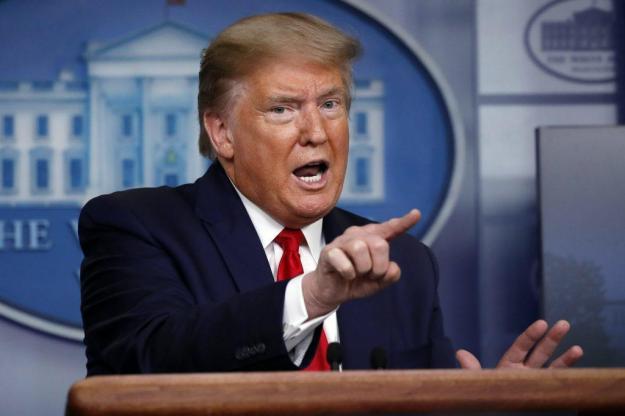 On Wednesday morning, Trump issued a couple more tweets claiming the federal government will “strongly regulate, or close them down” – referring to social media companies who suppress conservative voices in the name of protecting “the truth” (ie the progressive narrative that Silicon Valley tech giants have promised to perpetuate).

He also linked his accusations of bias with his opposition to mail-in ballots.

“We saw what they attempted to do, and failed, in 2016. We can’t let a more sophisticated version of that happen again. Just like we can’t let large scale Mail-In ballots take root in our Country,” Trump said in a series of tweets.

Republicans feel that Social Media Platforms totally silence conservatives voices. We will strongly regulate, or close them down, before we can ever allow this to happen. We saw what they attempted to do, and failed, in 2016. We can’t let a more sophisticated version of that….

….happen again. Just like we can’t let large scale Mail-In Ballots take root in our Country. It would be a free for all on cheating, forgery and the theft of Ballots. Whoever cheated the most would win. Likewise, Social Media. Clean up your act, NOW!!!!

Weeks ago, anonymously sourced reports claimed that the White House was considering a panel to investigate anti-conservative bias on popular social media platforms and across Silicon Valley, an issue that has been explored in a series of Congressional hearings involving top officials at the biggest tech firms.

Shortly after Twitter announced it would start “fact-checking” President Trump’s tweets, yet more evidence has been exposed of the blatant anti-Trump bias at the most senior levels of the social media giant.

In the past we have seen Project Veritas expose the ‘fact’ behind the so-called ‘conspiracy theory’ of shadow-banning for conservative voices on Twitter.

Abhinav Vadrevu:  “One strategy is to shadow ban so you have ultimate control. The idea of a shadow ban is that you ban someone but they don’t know they’ve been banned, because they keep posting but no one sees their content.”

“So they just think that no one is engaging with their content, when in reality, no one is seeing it. I don’t know if Twitter does this anymore.”

Meanwhile, Olinda Hassan, a Policy Manager for Twitter’s Trust and Safety team explains on December 15th, 2017 at a Twitter holiday party that the development of a system of “down ranking” “shitty people” is in the works:

Then there is the company’s associate General Counsel, Jeff Rich (his LinkedIn page is here) who in January urged his 1,500 followers to “cull” and “excise” the “cancerous” president Trump from the herd.

YES!! Again, this 👇 Excise the Trump cancer, then deliberate over policy differences. He is the single most destructive force against our system of government, way of life and American values EVER! He must be culled from the herd. ASAP! https://t.co/MVfdAylV2H

One wonders, Rich, does this violate Twitter’s “Abuse and harassment” rules?

BAHAHAHA!! I love how this perfectly accurate ad has gotten under his thin, orange skin. What a small, pathetic, weak person he is. Such a sad, neglected child. https://t.co/4xNooiJx1a

And now, as Jonathan Turley details below,  the latest controversy concerns the person who has said that he is in charge of “developing and enforcing Twitter’s rules,” Twitter’s “Head of Site Integrity” Yoel Roth.  Critics have highlighted fairly extreme postings from Roth calling Trump and his supporters Nazis.  I do not agree that the problem is Roth’s personal views or postings. The problem is his role and the rules at Twitter. 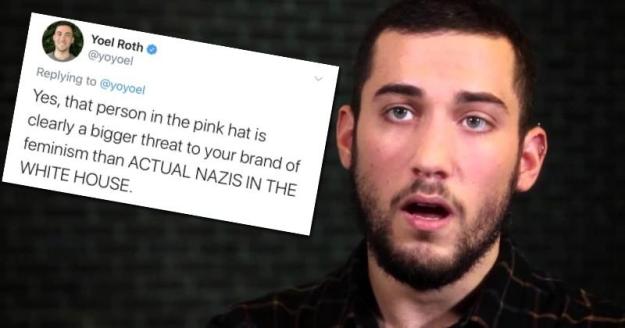 The problem is anyone exercising this power of speech regulation. Indeed, as this controversy grew around Roth, Kathy Griffin is the latest poster to face calls for removal for effectively calling for Trump to kill himself.  Again, Griffin should be allowed to post such hateful thoughts and the rest of the world should be allowed to denounce her, again, for her unhinged humor.

Roth has attacked Bernie Sanders supporters and proclaimed how he is working against Trump. He compared senior Trump adviser Kellyanne Conway to Nazi propagandist Joseph Goebbels. He  has referred to Trump and his team as “ACTUAL NAZIS” and called Senate Majority Leader Mitch McConnell, R-Ky., a “personality-free bag of farts.” As Fox noted, “last August, Twitter suspended McConnell’s Twitter account, prompting the GOP to threaten to cut off advertising on the site until Twitter relented.”

This person is the “head of site integrity” at Twitter pic.twitter.com/hyZcl5VIe0

The attacks are numerous, raw, and offensive.  However, conservatives calling for him to be fired or his tweets censored are reaching the wrong conclusion.

The problem is not Roth but his role.  He has a right to express himself. I have no problem with Twitter hiring people with such political views and I believe it is a good thing for people to express themselves on social media.  Indeed, we have discussed the free speech concerns as private and public employers punish workers for their statements or actions in their private lives. We have addressed an array of such incidents, including social media controversies involving academics. In some cases, racially charged comments have been treated as free speech while in others they have resulted in discipline or termination. It is that lack of a consistent standard that has magnified free speech concerns.  We have previously discussed the issue of when it is appropriate to punishment people for conduct outside of the work place. We have followed cases where people have been fired after boorish or insulting conduct once their names and employers are made known. (here and here and here and here and here and here).

Roth’s comments highlight how bias is always a concern for those who take it upon themselves to decide who can speak or who must be “corrected” in communications with others.  Twitter is notorious for a lack of consistency and coherence in the enforcement of its rules.  However, regardless of such enforcement, there remains a core free speech issue in the regulation of speech. I recently criticized the calls of Democratic leaders like House Intelligence Committee Chairman Adam Schiff for greater censorship of the Internet and social media. Such calls have been growing for years but leaders like Schiff are citing the pandemic as a basis for speech monitoring and censorship. Roth is merely the personification of the problem of such speech regulation.  Again, the real problem is his role and Twitter’s rules.

“He leads the teams responsible for developing and enforcing Twitter’s rules” pic.twitter.com/OdBTqlInDZ

As Summit News’ Paul Joseph Watson notes, Roth has been head of site integrity at Twitter since July 2018 and is responsible for “election security” and “misinformation,” meaning he almost certainly played a key role in the decision to ‘fact-check’ Trump’s tweets.

In the meantime, We await Twitter ‘fact-checking’ false claims about ‘Russian collusion’ or any other of the erroneous issues pushed by the blue check mark brigade that have proven to be spectacularly wrong.