Authored by Brandon Smith via Alt-Market.com,

The debate over the morality and practicality of forced vaccinations has been raging for many years, long before the coronavirus ever hit the US population. With the advent of the pandemic the narrative has shifted to one of “necessity”. The media and the majority of governments around the world now act as if mass vaccinations are a given; the “debate is over”, as collectivists like to say when they are tired of having to deal with any logical or factual complaints. 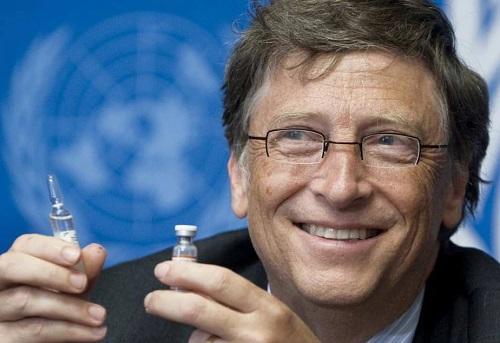 In the case of the novel coronavirus there is no vaccine yet; unless of course the virus was engineered or evolved in a lab (as more and more evidence is suggesting), and then perhaps there is one already developed. Typically, vaccines take years to test and produce, and whenever a vaccine is rushed onto the market very bad things tend to happen.

The vaccine debate often revolves around the issue of safety. Is a particular inoculation safe or poisonous? Does it have long term effects that are dangerous? Does it harm children with highly sensitive and underdeveloped body systems?  These are valid concerns, butultimately the fight over vaccines has less to do with medical safety or effectiveness and more to do with individual rights vs government demands.

In other words, the more important questions are:  Should social engineering by governments and elites be allowed? Do people have the right to determine how their bodies are medically augmented or manipulated? Does the “security of the majority” take precedence over the civil liberties of the individual?  And if so, who gets to determine what freedoms will be taken away?

The purveyors of the forced vaccination philosophy usually make a legal or technical argument first before they appeal to the idea of “the greater good”.  They do this because they know that public perception often assumes (wrongly) that legal authority is the same as moral authority.

In 1905, the US Supreme Court was presented with Jacobson vs. Massachusetts, a case involving the subject of state enforced smallpox vaccination. The defendant argued on the grounds of the 14th Amendment that his bodily liberty was being violated by the state if he was subjected to arbitrary vaccination without his consent. The state and the Supreme Court felt differently (of course). The Supreme Court ruled against Jacobson on the grounds that his refusal to take the vaccine put other people “at risk”, and that “for the common good” states have certain “police powers” that supersede personal liberties.

Whenever liberty movement activists argue against forced vaccinations on constitutional grounds, THIS is the counter-argument that the government and statists will make. They will bring up Jacobson vs. Massachusetts and then claim that is the end of the discussion.

Essentially, the Supreme Court argued that the federal government could not interfere with state imposed forced vaccinations on the grounds of states rights and the 10th Amendment. Most people in the liberty movement will find this rather ironic, as it is bizarre to hear about the federal government defending states rights. But, this support of the 10th Amendment is highly selective.

First, let’s not forget that the Supreme Court has been wrong many times in the past. In the Dredd Scott case in 1834, the Supreme Court ruled in favor of slavery and the right of states to enforce the institution. They also argued that the 5th Amendment protected slave owners because freeing slaves meant depriving owners of their “property”.

The Supreme Court’s habit is to defend states rights and the 10th Amendment when people’s individual liberties are being quashed. However, if a case involves states protecting citizens from federal intrusion, the court flips and attacks states rights when they work in favor of individual liberty or self determination.

The Jacobson  vs. Massachusetts case may be the reason why Trump and the federal government have mostly left the lockdowns and emergency actions to the states.  The legal precedence was already established in 1905 on quarantines and forcing vaccinations through state police powers, so it only follows that the establishment would utilize the states to carry out such measures in the near future.

The truth they don’t want to discuss is that at bottom the Bill of Rights overrules them regardless of federal precedent or the 10th Amendment. The key to the Bill of Rights is that each American citizen has INHERENT LIBERTIES that supersede both federal and state power. These rights are inalienable. They cannot be violated today, and the law cannot be adjusted to violate them tomorrow. These rights and freedoms are ETERNAL.

The Supreme Court hisses with a forked tongue about the “spirit of the constitution” but ignores the clear and concrete intent as stated by the Founders. Statists argue in favor of the “living document” philosophy when it suits them as a means to change the original meaning and laws put forth in the Bill of Rights because this allows them to violate citizen freedoms under the guise of “legality”. But “legality” is not the same a morality. Legality is meaningless, and the Supreme Court is meaningless if it acts against the constitutional bedrock of the Bill of Rights and individual liberty as they have done numerous times in the past.

So, if we cannot rely on legality to protect us from state tyranny, what can we rely on? Forced vaccine advocates will say that morality is on their side as well, for if a person does not vaccinate they are putting the rest of society at risk of infection. Therefore, your individual rights must be violated in order to protect the rights of the rest of society. The problem is that Jacobson vs Massachusetts makes no logical argument supporting this assertion, and neither do forced vaccine proponents.

Look at it this way: How can a person that is not vaccinated “harm” people that are vaccinated? How are they putting those people at risk? If the vaccine actually works, then vaccinated people are safe from infection, aren’t they? So, the only person “at risk” is the person that chose not to vaccinate. This comes down to personal choice, there is no question of “the greater good” or social risk.

I find it fascinating that the people that argue fervently in favor of forced vaccinations (people like Bill Gates) also tend to be the same people that argue in favor of abortion rights.  So, “my body my choice” is acceptable when it comes to women ending the lives of unborn children, but “my body my choice” is not acceptable when it comes to mass vaccinations even though an unvaccinated person is a threat to no one.

Some vaccine advocates will then claim that unvaccinated people could be host to “mutations” that threaten herd immunity. The problem is that there is no evidence to support this argument. The vast majority of viruses tend to mutate into LESS deadly or infectious strains, not more deadly. The only mitigating factors would be if a virus was deliberately designed or engineered to mutate in an unnatural manner.

If a virus is designed to mutate into a vastly different and more deadly strain that can attack vaccinated persons then the vaccine was never useful to begin with, and forced vaccinations are pointless. Once again, if the vaccine is effective then there is simply no basis for the position that an unvaccinated person puts vaccinated people in danger.

The next argument by pro-forced vaccination people is to ask “why”? Why do you care if you are vaccinated? What do you have to worry about? Just go along to get along, right…?

This argument reminds me of a common anti-gun narrative: Why do you need to carry a gun? Why frighten other people? The chances you will need it are slim, right…?

The most important answer to the gun question is “Because it’s my right to carry and I plan to exercise it. Also, your fear of guns does not take precedence over my constitutional freedoms.” The same goes for forced vaccination: Because it is my right to refuse to have ANY pharmaceutical product injected into my body. Your fears of infection do not matter to my constitutional rights. If you want to take the vaccine then that is your choice. Leave me out of it.

And is there reason to be concerned about faulty vaccines? Absolutely. Mass vaccinations programs that were rushed to the public have a track record of harming people’s health.

With globalists like Bill Gates, an obsessive champion of depopulation at the forefront of the Covid-19 effort, I have no plans to accept any coronavirus vaccine. Bill Gates has funded numerous experimental vaccine trials through the World Health Organization, including Polio vaccination programs.  It was these same programs that led to viral outbreaks of polio in various countries and hundreds of paralyzed children. In fact, the vaccines caused more cases of Polio than the wild-type virus. This if VERIFIED FACT, admitted by the WHO and other mainstream sources, though numerous leftist media outlets continue to deny it.

At most, the WHO and Gates can claim that the infections were “accidental”. But if this is the case, it would still suggest that vaccines developed by Gates Foundation programs and the WHO should not be trusted.

In 1976 a swine flu scare enabled the initiation of a government funded mass vaccination program. The vaccine was faulty and was canceled in less than 10 weeks after causing hundreds of cases of Guillain-Barre syndrome, a rare neurological condition that leads to temporary paralysis and sometimes death.

In 2008, Swiss company Novartis tested a Bird Flu vaccine on the homeless and poor population of Poland. The vaccine trial paid participants $2, and they were told the inoculation was for the “normal flu”. According a homeless center in the area at least 21 people died right after they participated in the trial.

A GlaxoSmithKline executive by the name of Moncef Slaoui was recently tapped by Donald Trump to head up the government’s effort to develop a coronavirus vaccine. This appointment should be highly concerning to the public. Why? Because Glaxo has a dark history in vaccine development, including an incident in Argentina in 2007-2008 when they were fined after a pneumonia vaccine trial allegedly caused the deaths of at least 14 babies. Slaoui was in charge of Glaxo’s vaccine division at the time.

Statists that argue in favor of forced vaccination will dismiss all of these examples as mere “accidents” that are “rare”. Others will claim that fighting the pandemic is worth the risk of a “few deaths” due to some faulty vaccines. But this does not address the core issue of the battle against forced vaccination programs.  Does a minority of elites in government or even a majority of useful idiots in the general population have the right to declare ownership of your body in the name of an arbitrary “greater good”?  I say no, which is why I will NOT be conforming to any forced vaccine measures and I am willing to take extreme actions to defend myself from them if necessary. 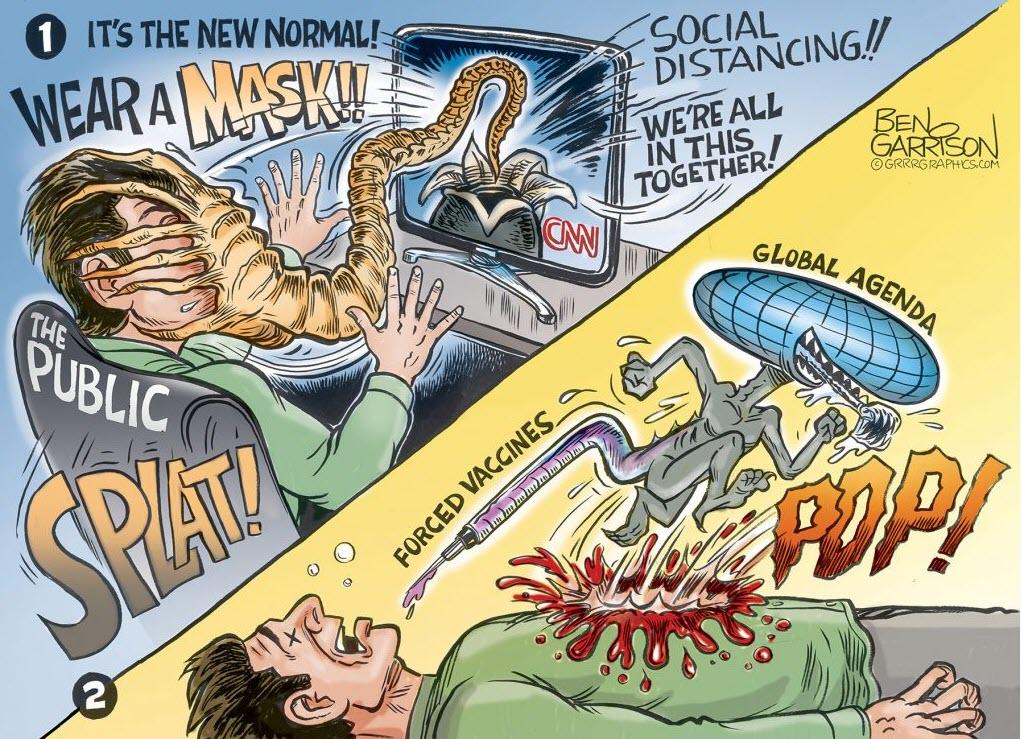 As mentioned above, if a vaccine works, then there is no need to force people to take it. It will protect those that want it and the only risk is to those that choose not to use it. Frankly, the people in charge of the vaccine effort are not to be trusted, they have open ideological agendas that are questionable to say the least. Allowing them to dictate what goes into our bodies is akin to slavery at best, and possible mass death at worst.

1 thought on “Smith: Why The Public Should Rebel Against Forced Vaccinations | Zero Hedge”