Authored by Daniele Pozzati via The Strategic Culture Foundation,

Surprise, surprise, the European Commission (EC) had a “Roadmap on Vaccination” ready months before the COVID-19 pandemic broke out. 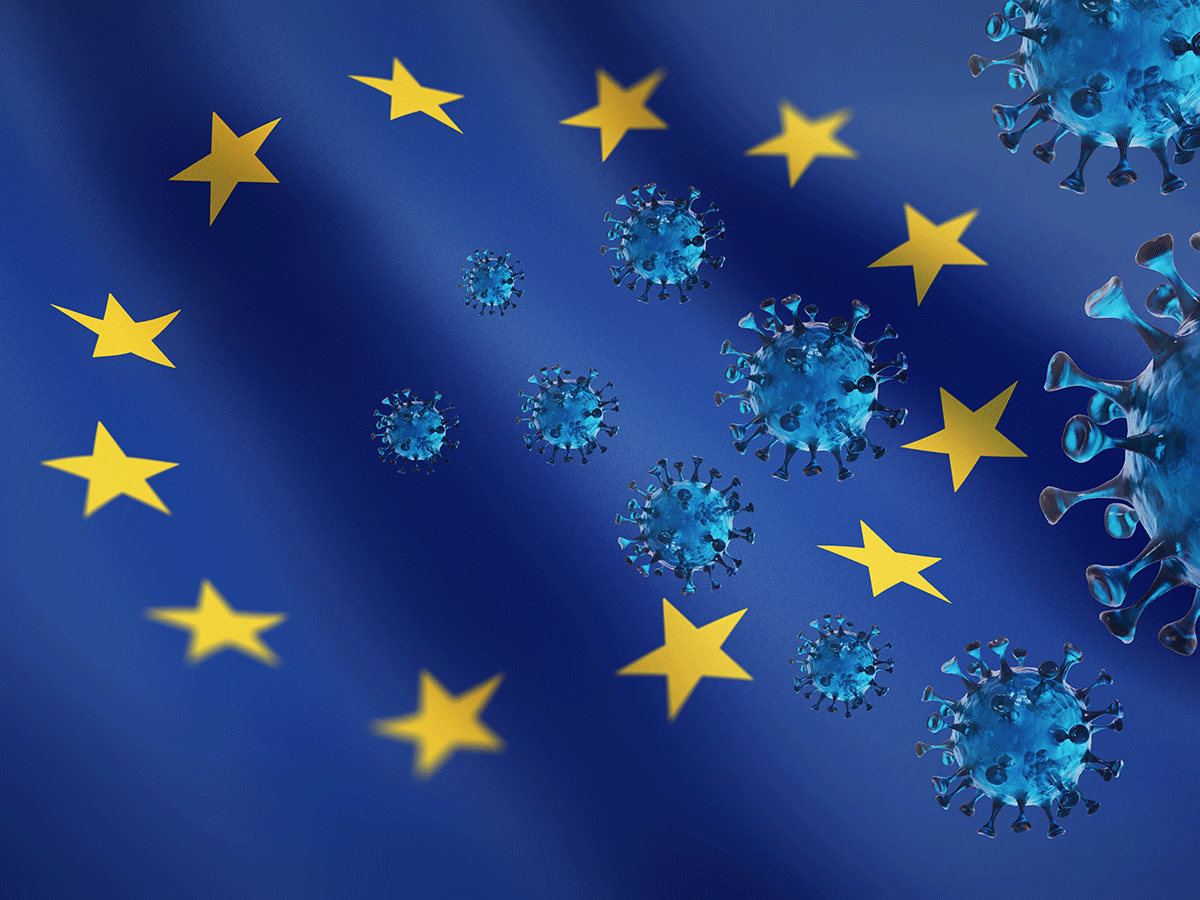 The Roadmap should lead to a “commission proposal for a common vaccination card / passport for EU citizens by 2022”.

Last updated during the third quarter of 2019, the 10-page document was followed, on September 12th, by a “global vaccination summit” jointly hosted by the EC and the World Health Organization (WHO).

Under the header “Ten Actions Towards Vaccination for All – Everyone should be able to benefit from the power of vaccination”, the summit manifesto laments that:

“Despite the availability of safe and effective vaccines, lack of access, vaccine shortages, misinformation, complacency towards disease risks, diminishing public confidence in the value of vaccines and disinvestments are harming vaccination rates worldwide.”

And with them, arguably, the pharmaceutical companies’ profits.

The global vaccination market is currently worth USD 27 billion a year. According to WHO estimates, it will reach USD 100 billion by 2025.

Since the EC-WHO global vaccination summit also discussed a renewed immunization agenda for 2030, the big pharma’s shareholders need not worry for the long-term performance of their stock.

One ought really not to “harm vaccination rates worldwide”.

The manifesto of the global vaccination summit goes on to list 10 “lessons (…) and actions needed towards vaccination for all”.

Each “lesson” is a gem of what the Italian neo-Marxist philosopher Diego Fusaro calls “the therapeutic capitalism”.

The wording is peremptory and leaves no room for nuance and debate. Adjectives such as “all” “everyone” “indisputably” abound. Statements in the conditional mood are absent.

More than a cautious, scientifically inspired and open-to-doubt plan of action, the tone – “to protect everyone everywhere”, “to leave no one behind” – is unsuitably messianic.

What about those who do not want to be “protected” that way? In Germany alone, roughly 10% of the whole population, or 8 million people, are strongly against a Corona vaccination.

But let’s look at what we can learn, so to speak, from these “lessons”.

Lesson 1 begins with: “Promote global political leadership and commitment to vaccination” – this seems what we are witnessing now, with governments worldwide suggesting that masks and social distancing will remain in place until a vaccine for Corona-Sars2 is found.

And what about those politicians who are against vaccinations?

Will their voters be told, as the EU budget commissioner Gunther Oettinger (in)famously did with Italian Lega voters in 2018, that “markets will teach them to vote for the right thing?”.

Will a new pandemic break out to teach people to vote for the right thing?

Lesson 4, “Tackle the root-causes of vaccine hesitancy, increasing confidence in vaccination,” looks like the blueprint for a major propaganda campaign, one that foresees – we read on the EU Roadmap on Vaccinations – the “development of e-learning training modules targeting GPs and primary healthcare providers focused on improving skills to address hesitant populations and promote behavioral change”.

Lesson 5, “Harness the power of digital technologies, so as to strengthen the monitoring of the performance of vaccination programs”, raises, in times of tracing apps and electronic wristbands, legitimate concerns over the further encroachment of technology in our lives – and bodies.

Which digital technologies are we talking about? Maybe a subcutaneous chip, like the one recently patented with the satanic-sounding number 060606 by the Bill and Melinda Gates Foundation?

Lesson 9 is, for the non-mainstream journalist, and for freedom of speech in general, the most threatening [the bolded type is mine]:

“Empower healthcare professionals at all levels as well as the media, to provide effective, transparent and objective information to the public and fight false and misleading information, including by engaging with social media platforms and technological companies.”

There we go: the fight against so-called Fake News is back. More work for Facebook’s self-appointed “Facts-Checkers”.

Fake News is of course Orwellian Newspeak for any non-aligned information, no matter its contents, origins and verifiability.

Indeed, the global vaccination manifesto provides no definition for “objective information”, or for “false and misleading information”.

If vaccines are as safe as the EU and WHO claim without offering any evidence, why then did the U.S. government create, already in the 1980’s, a body called National Vaccine Injury Compensation Program (VICP)?

To provide, we read in the VICP’s official website, “a no-fault alternative to the traditional legal system for resolving vaccine injury petitions.”

Quite successfully, it would seem.

But, as the Italian documentary-maker Massimo Mazzucco explains, the U.S. authorities did not stop there to protect Big Pharma from legal action.

“The Act eliminates manufacturer liability for a vaccines unavoidable, adverse side effects.”

“No vaccine manufacturer shall be liable in a civil action for damages arising from vaccine-related injury or death associated with the administration of a vaccine after Oct.1, 1988…

1988 was of course the year in which the National Vaccine Injury Compensation Program begun awarding compensations to the victims of vaccine injury – sparing legal headaches to Big Pharma in the process.

And now the EU and the Bill Gates-financed WHO go along with it.

“The government of the modern state,” Karl Marx famously wrote in his Communist Manifesto, “is but a committee for managing the common affairs of the whole bourgeoisie”.

Were Marx alive today, he might have concluded that governance by international organization is but a committee for managing the common affairs of the global elites.