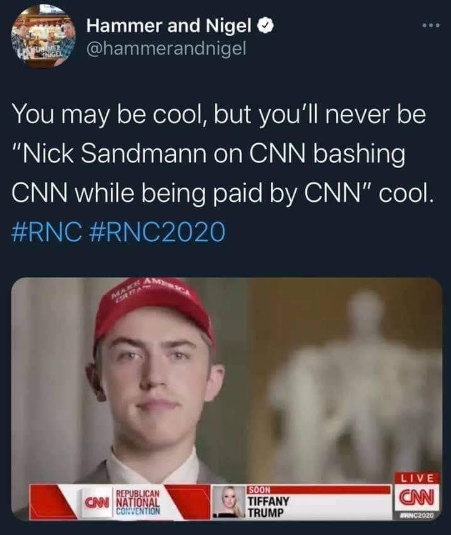 Do you remember Nick Sandmann? He is the pro-life high school student who was the victim of a dishonest smear campaign by leftists in the mainstream news media. He was able to win two cases against far-left extremist CNN and far-left extremist Washington Post. Other cases are still in progress. But he managed to get back on CNN cameras Tuesday night to tell his side of his story.

Daily Wire reported on his speech and on CNN’s response.

My life changed forever in that one moment. The full war machine of the mainstream media revved up into attack mode. They did so without ever researching the full video of the incident; without ever investigating Mr. Philips’ motives; or without ever asking me for my side of the story. And do you know why? Because the truth…