The fundamental transformation of America. That was the stated goal of an inspiring, silver-tongued, young, blank-slate presidential candidate in 2008 upon whom so many Americans projected their own vision of what a black president should look like. And transform America he did, but perhaps not in ways most Americans expected, nor would have approved, at the time. But here we are, and an important new book offers a brilliant retrospective look at the multifaceted ways in which Barack Obama achieved that fundamental transformation.

“Unmasking Obama: The Fight to Tell the True Story of a Failed Presidency” by journalist and bestselling author Jack Cashill adds an important new work to the Obama biographical collection. It explores the many advances the cultural left made on traditional American society during the Obama era, with Barack Obama as the figurehead, at least, leading the campaign, abetted by an equally determined leftist media that protected him as zealously as any Praetorian Guard. 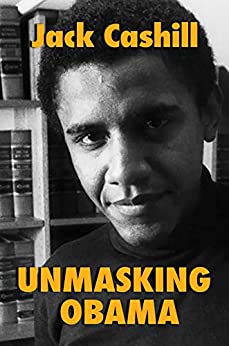 “Unmasking Obama” is a compelling dissection of the methods Obama and his handlers used, to great effect, in advancing so many aspects of the leftist agenda that would have been unthinkable just a decade earlier – from promoting the acceptance of men “identifying” as women, and vice versa, to destroying a half century of growing racial harmony in America through the malicious, cynical exploitation of tragic events like the death of Trayvon Martin, to national socialized medicine.

One of the most important aspects of “Unmasking Obama” is Cashill’s superb exposition of the malign force the mainstream media have become in American life. The Fourth Estate is truly an utterly corrupt and morally bankrupt institution in its corporate form, hell-bent on furthering the destruction of American culture, traditions and values.

But Cashill does offer up a protagonist. He calls it the samizdat, which is an homage to the intrepid, honest, independent journalists in the old Soviet Union who risked life and limb to reveal the truths in that decrepit and oppressive evil empire. Cashill’s American samizdat is that class of truth-seeking, typically conservative-leaning journalists who, unlike their peers in the mainstream media, are not leftist political activists seeking to hide the truth in furtherance of the progressive cause. America’s samizdat have been indispensable in exposing the fakery of phony narratives the leftist media have sought to perpetuate, like the “Hands up, don’t shoot!” mythology surrounding the death of strong-arm robber and would-be cop-killer Michael Brown in Ferguson, Missouri, or the utterly bogus Trayvon Martin-as-innocent-victim hoax pulled off through the use of a judicial impostor named Rachel Jeantel.

Cashill reveals truths about Obama that had largely remained hidden during his time in office, like his ruminations about homosexuality in his letter to his former girlfriend, Alex McNear, in which Obama said, “I make love to men daily, but in the imagination. My mind is androgynous to a great extent and I hope to make it more so.” While McNear herself had redacted that passage of the letter, thinking it “too explosive” to reveal during his political life, Obama biographer David Garrow eventually accessed the original, unredacted letter “with some difficulty” in 2016 at Emory University.

Cashill similarly gives attention to the explicit allegations made by Larry Sinclair in 2008 of a two-day sex-and-drug fueled homosexual romp that Sinclair alleged occurred between himself and then-state Sen. Barack Obama in 1999. (Sinclair even told his story at the National Press Club in 2008, available here.)

The tale is told not for its prurient value. Cashill’s larger point in relating Sinclair’s story is that leftist media flacks ostensibly reporting on Obama deftly sought to knock down Sinclair’s claims. They tried to discredit the man rather than investigate his explicit allegations through gumshoe reporting, despite being provided ample leads to pursue, such as the name of the hotel where the encounter took place, the dates it occurred and the name of the limo driver who brought them to the location of their tryst. Rather than acting as traditional reporters, Cashill tells us that the journalists assigned to cover Obama acted much like the “firemen” in the book Fahrenheit 451, whose job was to burn books that might reveal the dystopian truth, rather than putting out fires.

Cashill’s dissection of the “evolving” – one might say hypocritical – stances of the Democratic Party during the Obama years on a range of issues on which they’d previously stood largely with Republicans, is often humorous. One example he cites is the transformation of illegal aliens from, well, illegal aliens, into “undocumented immigrants.” Despite the potential offense to American blacks, the Democratic Party had no qualms about equating the “rights” of illegal aliens with those of African Americans during the Civil Rights Movement. They saw an opportunity to garner new voters, while assuming that blacks would always be a reliable Democratic voting bloc and never object to the appropriation of their legitimate historical grievances. Cashill writes: “No other rationale explains the Democratic Party’s dramatic, comprehensive shift on an issue that benefitted almost no Americans other than the owners of packing houses and swimming pools.”

Cashill’s wry wit reminds one of the famous anecdote in which Lincoln was asked how he could read and laugh at the humor of Petroleum Nash while there was a horrific civil war raging. Lincoln’s response was, “With the fearful strain that is on me night and day, if I did not laugh I should die.”

We should all learn to laugh at the absurdities of America’s political scene today. Humor helps keep us sane.

“Unmasking Obama: The Fight to Tell the True Story of a Failed Presidency” was released on Aug. 18. It is an indispensable addition to the growing body of Obama biographical literature.

William F. Marshall has been an intelligence analyst and investigator in the government, private, and nonprofit sectors for more than 33 years. He is a senior investigator for Judicial Watch, Inc., and a contributor to Townhall, American Thinker, and The Federalist. Follow him on Parler and Twitter at @BillMarshallDC1. (The views expressed are the author’s alone, and not necessarily those of Judicial Watch.)