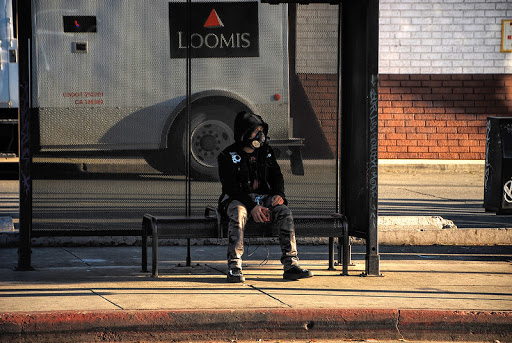 The destruction of our economy, the climate of fear, and the lives lost to the shutdown . . . well, let’s just say it was another failed Democrat policy.

Without the Wuhan virus, the Democrats have no meaningful opposition to Trump. Not only have the Democrats weaponized the Wuhan virus to destroy the economies under their aegis, but they’ve also repeatedly claimed that Trump killed 161,000 Americans. However, new CDC data shows that, of those Americans who died in the past seven months, only 6% died from the virus alone. The other 94% had serious comorbidities that (sadly) put them at a higher risk of death from anything that came along – and certainly from having sick people funneled into their nursing homes.

Bronson Stocking has broken down the CDC’s data:

The Centers for Disease Control and Prevention (CDC) website disclosed the shockingly small number of people who died from only the Wuhan coronavirus, with no other cause of death mentioned. Hold on to your hat because here it is: out of the 161,392 deaths in the CDC data, just six percent, about 9,700 deaths, were attributed to the coronavirus alone. According to the CDC, the other 94 percent had an average of 2.6 additional conditions or causes of deaths, such as heart disease, diabetes, and sepsis.

Instead of protecting the vulnerable – the elderly in nursing homes and those with comorbidities – health “experts” recommended locking everyone up and prescribing for Americans a wide range of ailments such as depression, suicide, missed early cancer screenings, unemployment, substance abuse, and poverty.

BKnight makes the important point, as well, that the above analysis doesn’t even take into account the way that medical reporters threw into the Wuhan virus column deaths that had nothing to do with the virus:

Besides, we’ve always known that the numbers have been skewed upwards by the perverse incentive of paying healthcare providers extra for Wuhan virus diagnoses:

What the Wuhan virus did was attack people who were already at high risk – which is what all viruses do. In ordinary times, we deal with that problem by sequestering high-risk people.

My mother spent several years in a nursing home. She’d periodically call and tell me not to come, whether because the home was worried about the flu in the greater community or because a norovirus (i.e., stomach flu) was working its way through the home, requiring that the residents stay in their rooms to protect themselves. What her nursing home did not do was require that anyone in the greater community who had the norovirus head to the nursing home.

When the dust settles on the year 2020, we will finally accept that the United States shut down the greatest economy in the world, that the governors in the worst-hit states issued executive orders turning their nursing homes into death traps, and that we significantly increased deaths from otherwise treatable illnesses – all because of a bad flu.

It’s understandable that, in the beginning, as the ugly scenes from Wuhan province emerged, we may have panicked and, in retrospect, overreacted. And thinking back to the early days, the plan was not to overreact. It was, instead, to have a limited, two-week lockdown to flattening the curve. Six months later, Democrats states are still flattening that curve without letup.

The fact is that, once America flattened the curve, learned how to treat the virus, and discovered that most people were less vulnerable than initially thought, we should all have returned to normal. Instead, as weeks have dragged into months, months dragged into the greater part of a year, and Democrat-run states have remained shut down, it’s become apparent that the main reason those states haven’t put the brakes on the Wuhan panic is that opportunistic people are using the panic for political purposes.