The recent rise in tensions between the US and Russia over continued simmering conflict in Ukraine seemed to correspond with the Biden administration entering the White House. Many pundits have commented that on a foreign policy front things are eerily feeling like a throwback to the Obama years of 2014 or 2015, whether its the Ukraine and Crimea crises, or Syria returning to headlines again (including Biden’s ordered airstrikes on the country in February), or the growing Russia-NATO standoff.

This past weekend we were among the very few to take notice of the Pentagon’s latest large military equipment delivery to Ukraine’s army via the port of Odessa, following Biden earlier pledging that “Crimea is Ukraine” and that he’d work to thwart Russian aims in the region.

And now this week the US European Command (EUCOM) has issued a notification of a raised ‘threat level’ in Europe. The designation has been officially raised to one of “potential imminent crisis” this week. It comes just as The New York Times and others are reporting a serious escalation in fighting in Eastern Ukraine, which has signaled the collapse of yet another cease-fire. 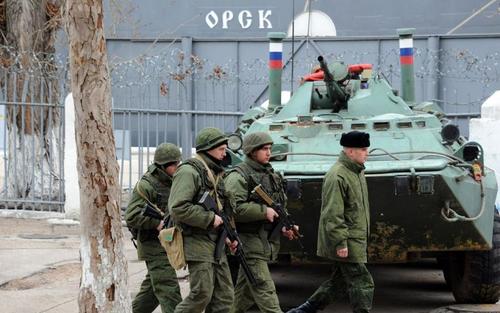 The raised threat level centers on Ukraine’s commander-in-chief of national armed forces alleging that Russia has amassed more troops on its border this week, and further that “pro-Moscow separatists were systematically violating a ceasefire in eastern Ukraine,” according to Reuters.

Kiev’s parliament followed by announcing a sharp “escalation” in the east – a contested region which has seen 14,000 deaths going back to 2014.

The NY Times had linked the raised alert status by EUCOM specifically to Ukraine, writing “the U.S. military’s European Command raised its watch level from possible crisis to potential imminent crisis — the highest level — in response to the deployment of the additional Russian troops.” 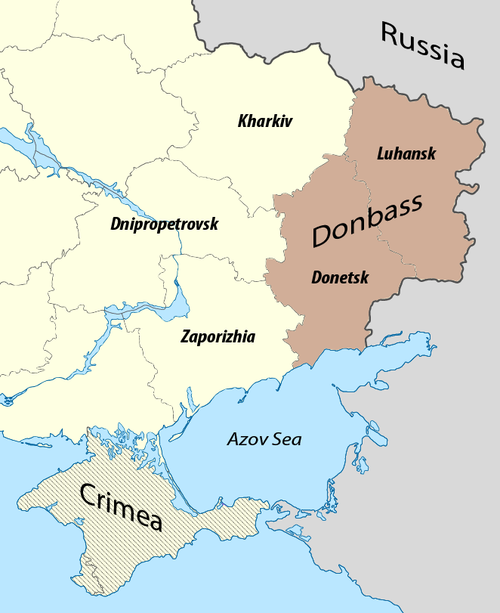 The report also described the infusion of new Russian military equipment to the Kremlin-backed rebels, something which the latest follow-up statement by Kremlin spokesman Dmitry Peskov downplayed, charging that it is the Ukrainian side now taking “provocative actions that would lead to war”.

The Times report cited a US official who estimated that some 4,000 additional Russian troops remained behind along the Ukraine border region following the end of recent military drills, something which one retired Army general said could just be “posturing” designed to test the Biden administration.

Despite long ago falling out of daily and weekly headlines, the war in the Donbass region has remained a ‘low-simmering conflict’ which has never stopped. Battle lines and disputed fronts, along with rival checkpoints, have been consistently manned.

The usual military exercises that take place this time of year, or larger than usual troop build-up?

Russian forces are deploying massive amounts of military hardware into #Crimea. One of the largest deployments I’ve seen in recent memory. pic.twitter.com/KKZnGzS7y1

However, as the NYT noted, “Four Ukrainian soldiers were killed and another seriously wounded in a battle against Russian-backed separatists in the Donetsk Region” on Tuesday, suggesting a severe flare-up on the horizon which could once again draw in external Western forces, especially as Biden has lately vowed to get “tough” on Putin’s Russia.