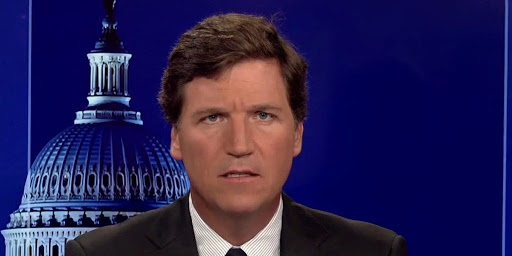 “Tucker Carlson Tonight” explores the potential side effects of taking the COVID-19 vaccine, and asks why no one seems to care

Biden’s mask theater is the crudest kind of propaganda, designed for a population they think is stupid and weak

Tucker: How many Americans have died after taking COVID vaccines?

How many Americans have died after taking the COVID vaccines? Not Americans who’ve been killed by the virus, that’s a huge number, but how many Americans have died after getting the vaccines designed to prevent the virus? Do you know the answer to that question? Do you know anything about the downside? We know a lot about the upside of the vaccine. We’ve been completely in favor of vulnerable people taking vaccines.

But what about the potential risks? You’d think you would know more about that than you do. We talk about vaccines constantly, not just on this show, but in this country. Joe Biden was on TV yesterday talking about vaccines. He wants you to get one. Everyone in authority wants you to get one. In fact, you’ve probably already had your shot, and good for you. If you haven’t had your shot, you’re under enormous pressure to get your shot. You understand that soon you may not be able to fly on commercial airplanes or go to work at the office or send your children to school if you don’t have the shot. Meanwhile, the social pressure is enormous. Friends may have already informed you that you’re not welcome at their parties or weddings if you haven’t been vaccinated. There is a lot of pressure to comply. At some point, you probably will comply. It’s just too difficult not be to vaccinated in this country.

But before you make the appointment: do you know anything about the potential risks? Probably you don’t know much. We all assume the risks are negligible. Vaccines aren’t dangerous. That’s not a guess, we know that pretty conclusively from the official numbers. Every flu season, we give influenza shots to more than 160 million Americans. Every year, a relatively small number of people seem to die after getting those shots. To be precise, in 2019, that number was 203 people. The year before, it was 119. In 2017, a total of 85 people died from the flu shot.

Every death is tragic, but big picture, we don’t consider those numbers disqualifying. We keep giving flu shots, and very few people complain about it. So the question is how do those numbers compare to the death rate from the coronavirus vaccines now being distributed across the country? That’s worth knowing.

We checked today. Here’s the answer, which comes from the same set of government numbers that we just listed: Between late December of 2020, and last month, a total of 3,362 people apparently died after getting the COVID vaccines in the United States. Three thousand, three hundred and sixty-two — that’s an average of 30 people every day. So, what does that add up to? By the way, that reporting period ended on April 23. We don’t have numbers past that, we’re not quite up to date. But we can assume that another 360 people have died in the 12 days since. That is a total of 3,722 deaths. Almost four thousand people died after getting the COVID vaccines. The actual number is almost certainly much higher than that — perhaps vastly higher.