The social justice movement may not feel like a revolution, but it surely is and we are right smack in the middle of it. 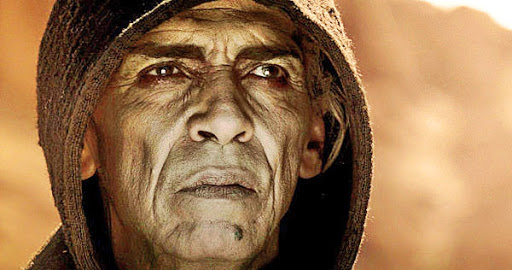 When I think of black liberation theology, I think of the Rev. Jeremiah Wright, then-presidential candidate Barack Obama’s longtime pastor who Obama conveniently threw under the bus when it was necessary to save his 2008 campaign.

The Daily Wire’s Jon Brown recently interviewed black theologian Voddie Baucham, an American-born pastor who now lives in Zambia where he serves as the dean of theology at African Christian University.

“I’ve come back three or four times a year for speaking tours and it’s always interesting to be an American expat looking back at the U.S.,” Baucham told The Daily Wire. The theologian said he’s able to “sense the temperature change” in the racial climate on each visit he makes.

In his new book, entitled “Fault Lines: The Social Justice Movement and Evangelicalism’s Looming Catastrophe,” Baucham discusses the divisions and the deterioration he’s observed during his recent trips to America.

“I think that’s one of the reasons that I just became so keenly aware and so passionate about writing this book, because it was really noticeable to me that things were shifting quickly and deteriorating quickly,” he explained to The Daily Wire. “And I’m watching families be divided, churches be divided, institutions and schools and denominations be divided over this thing. Being an expat coming back and seeing that, it was just alarming to me.”

Baucham was born in 1969 in Los Angeles to a single mother. In his freshman year of college, he became a Christian, which forced him to make a choice between “find[ing] his identity primarily in his race or his faith,” according to Brown.

In his book, Baucham writes, “The question of the proper order of faith and ethnicity is critical to understanding the various positions people take in the broader social-justice debate — one with which all people must wrestle, regardless of their ethnicity. However, for black Christians, this concept has often been difficult to embrace for several reasons.”

Before becoming a Christian, he’d been attracted to the teachings of Malcolm X, who “denounced Christianity as a religion designed for slaves,” according to Brown. The theologian explained that such a worldview was incompatible with Christianity. But it was the exposure to those ideas gave him keen insight into “the nature of CRT and other ideologies that seek to politically weaponize race and undermine faith,” as Brown noted.

Describing the book, Brown said Baucham devotes several chapters to the ways that “CRT and the social justice movement twist traditional religious categories into a means by which to assert power. Characterizing the battles facing the U.S. as fundamentally spiritual, he deftly traces such philosophies to their origin in what he describes as the ‘demonic ideology’ of Karl Marx, Antonio Gramsci, and their neo-Marxist successors in the Frankfurt School.”

Regarding Baucham’s opinion on the antiracism theories of Ibram X. Kendi (whom I consider to be a fraud, for reasons I discussed here), he called it “a religion without grace” in a May Op-Ed published by the New York Post.

Brown pointed out that Baucham’s ancestors were slaves, and he addresses this in his book. Baucham writes, “The most powerful weapon in our arsenal is not calling for reparations: it is forgiveness. Antiracism knows nothing of forgiveness because it knows nothing of the Gospel. Instead, antiracism offers endless penance, judgment, and fear.”

“So I think there’s a sinister aspect to the religious nature of this movement in that it’s those religious terms and that religious ideology that it tapped into that has really led people astray.”

But he sees a darker side to these movements. Regarding Black Lives Matter, he writes in his book, “The organization is Marxist, revolutionary, feminist, misandrous, pro-LGBTQIA+, pro-abortion, and anti-family, with roots in the occult. It is unacceptable for Christians to partner with, celebrate, identify with or promote this organization.”

Baucham also opposes the practice of witchcraft by BLM co-founders.

Baucham told Brown he’d been “worried for a while that we’re moving toward a race war. I don’t see that now.”

“I see a pushback against Critical Race Theory and some of these other things, and so I’m excited about that. The other thing is, I feel like this is running out of steam. There’s only so much guilt and self-flagellation that people can go through before they finally say, ‘You know what, I’m tired.’ I think we’re at that point now.”

“Also, the emperor has no clothes and there are people out there who are screaming that from the rooftops,” Baucham added. “I’m trying to do that in my book to basically say, ‘Listen, this ideology is bankrupt.’ I’m hopeful that people are beginning to wake up and become aware. I think we’re beginning to turn a corner, but there’s a lot of damage that’s been done. And there are a lot of people who are still entrenched in this, because ultimately this is about power.”

“The whole idea of critical theory is that you assume those categories and then work your way toward this revolutionary overthrow of the oppressor by the oppressed,” he explained. “So that’s still there and there are a number of people who are committed to it, mainly because of the power that it gives them. And people will ride that all the way to positions in Fortune 500 companies, or positions in the government, or whatever else is available to them.”

“So there are those people who are going to hold onto it for dear life,” he said. “But I’m hopeful because people’s eyes are opening.”

Brown asked Baucham what we can do to fight this growing ideology. The theologian replied, “You’ve got to be informed. And I think a lot of people have just decided to curl up and not engage this because they haven’t been informed.”

I must say I don’t share Baucham’s optimism that critical race theory, and all that goes with it, is running out of steam. As I see it, it’s still in its rapid growth stage.

But, yes, Baucham’s distance does provide him with a perspective that those of us who live here and follow the news cycle every day might easily miss. Baucham gets a “snapshot” of the situation four times a year which makes it easier to spot changes.

Most significantly, we’re seeing parents take the fight to their local school boards. Perhaps the most compelling case of all was made by Xi Van Fleet, who was 6 years old at the start of the Chinese Cultural Revolution. She warned Loudoun County Public Schools board members and parents of the striking similarities between the left’s fevered campaign to force critical race theory into the U.S. educational system and her childhood experiences. She told the group she is watching a replay of the Maoist Revolution and she is terrified.

“I’ve been very alarmed about what’s going on in our schools. You are now teaching, training our children to be social justice warriors and to loathe our country and our history. Growing up in Mao’s China, all this seems very familiar. The communist regime used the same critical theory to divide people. The only difference is they used class instead of race.”

Watch a brave parent who grew up in Mao’s China point out all of the identical traits b/n the Cultural Revolution and what LCPS, and really every school system, are doing through the use of CRT. pic.twitter.com/zH7XuyBmW6

The current social justice movement may not feel like a revolution, but it surely is, and we are right smack in the middle of it. We must never give in to this dangerous and divisive ideology.

Our willingness to fight it, tooth and nail, will determine the future of our country.