Authored by Mark Glennon via Wirepoints.org,

Stories across Illinois and most of America now report furious parents standing up against what’s bundled under the term “Critical Race Theory,” or CRT, widely taught in K-12 schools.

Those who know what CRT is don’t like it. A new Economist/YouGov poll found opposition beating support by 58% to 38%. And opponents feel strongly. Those with “very unfavorable” views of CRT outnumber those with “very favorable” views” by 53% to 25%. Opposition is even more intense when specific tenets of CRT are polled. 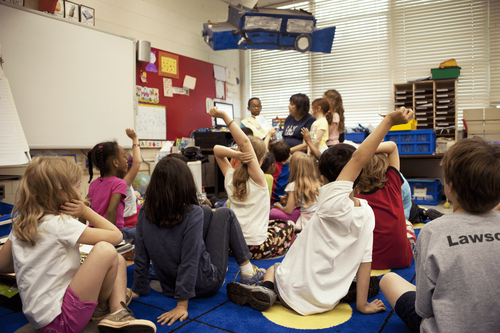 What is CRT? Why the intense opposition? Does only the “right wing” oppose its teachings, as Gov. JB Pritzker claimed on Wednesday?

Call it “antiracism,” “culturally responsive teaching,” “equity” or “wokeness” if you want; dissecting the differences would be quibbling.

Here are the specific teachings they have mostly in common that are generating the rage:

That’s probably enough to insult the core values and common sense of most Americans, but three overarching themes in CRT add to the fury.

“And this is why — crucially — it will suppress any other way of seeing the world — because any other way, by definition, is merely perpetuating oppression,” Sullivan wrote. “As Kendi constantly reminds us, it is either/or. An antiracist cannot exist with a liberalism that perpetuates racism. And it’s always the liberalism that has to go.”

Second, it is Marxist in its roots and a broad assault on most everything about classical liberalism.

Their standard claim is that opposition means refusal to recognize racism and the history of slavery. There would be no controversy if that were true, and the polls demolish claims like Pritzker’s that only the “right wing” is opposed, or “ultra-conservatives” as NBC and many others have claimed.

The Illinois State Board of Education was particularly deceitful in defending its “culturally responsive” teaching standards. “The standards do not impact teachers licensure or evaluation,” it wrote, yet that’s precisely the object of its new rule. And its standards aren’t about curriculum, ISBE falsely claimed.

The national press, as you’d expect, suppresses opinion opposed to CRT. Take a look at the ever-growing compendium of black scholars and activists who hold different views, compiled at FreeBlackThought.com. They are dead to the world as most of the MSM sees things.

Illinois is where the first skirmish occurred in a school in what is now a national battle. Four years ago, a rather small group of parents objected to the narrow, radical curriculum of New Trier High School’s “Seminar Day” on race – “Racial Indoctrination Day,” as the Wall Street Journal called it. That was before terms like “woke” became a thing and before Critical Race Theory became the commonly used label, but the issues were largely the same as today: Dissenting parents objected to what they saw as authoritarianism in the school’s exclusion of alternate viewpoints.

The parents lost. New Trier refused to include those alternate viewpoints.

They lost, in part, because many angry parents were afraid to speak up. They feared retribution from those who labeled all critics as racists.

But national coverage of that story and more alarming ones ensued. Having seen the reality of what CRT means to classrooms, its critics are now the majority.

Gone is any excuse for silence. CRT is in our schools due only to a loud and aggressive minority concentrated in today’s political, educational and media establishments. It will be driven into the obscurity it deserves if the majority continues to speak up.