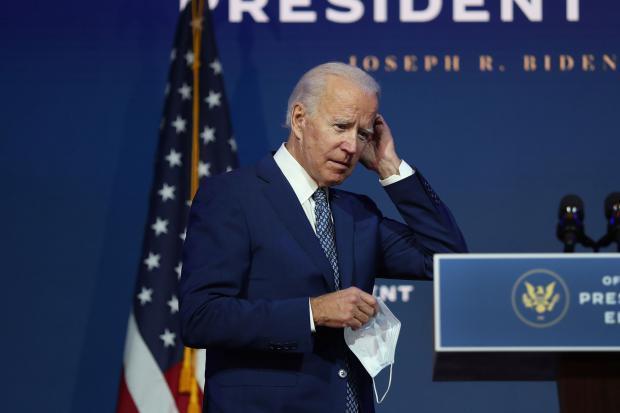 Sadly for him, those tiny little pathogens don’t pay taxes, don’t vote, don’t have Social Security numbers, can’t be drafted, and don’t answer phone calls from poll takers, which is to say that he and his agencies cannot really control them. That must be frustrating, poor man.

Instead his plan is to control what he can control: people, and, most immediately, federal workers and the employees of large regulated companies. For him, the key to crushing the virus is the vaccine. Not enough people are obeying his demand for near-universal vaccination.

In a maniacal move of wild desperation – or as an excuse to try out the most extreme powers of his office – he is using every weapon that he believes he has to assure compliance with his dream of injecting as many arms as possible. Only then will we crush the virus, all thanks to his leadership, all the complaints about “freedom” be damned – and never mind that the realization of his dream did not work in Israel or the UK.

What are the immediate problems here? At least five:

1. The Biden mandate pretends that the only immunity is injected, not natural. And so it has been from the beginning of this pandemic, even though all science for at least a year – actually you can say centuries – contradicts that. Indeed, we’ve known about natural immunity since 400 B.C when Thucydides first wrote of the great Athens plague that revealed that “they knew the course of the disease and were themselves free from apprehension.” Biden’s mandate could affect 80 million people but far more than that have likely been exposed and gained robust immunity regardless of vaccination status.