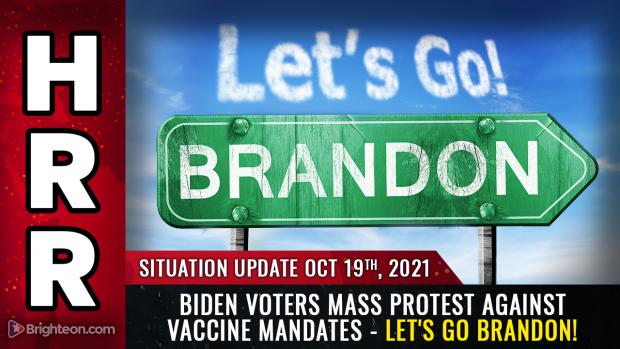 “‘We will not comply’: protests against vaccine mandates erupt in progressive Seattle,” reports the Post Millennial.

Seattle saw protests on Monday after the city and state terminated fired an unprecedented number of workers who refused to comply with Governor Jay Inslee’s vaccine mandate. The requirement went into effect at midnight on Oct. 18, by which time most people would have had to receive their first shot.

The rally hosted by March For Freedom Washington brought out firefighters, law enforcement officers, nurses, teachers, and bus drivers to Seattle City Hall. The crowd met around noon and people gave their heartbreaking testimonies as to why they chose not to get vaccinated.