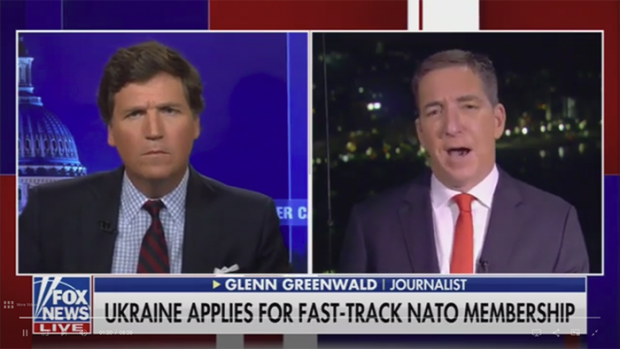 Journalist Glenn Greenwald noted Monday that talks to deescalate or end the conflict in Ukraine are virtually nonexistent because the legacy media and political elites have nurtured an atmosphere where to do so is considered ‘unpatriotic’.

Speaking to Tucker Carlson, Greenwald stated “There is a very real threat of a nuclear exchange, or even a direct confrontation with Russia and the United States. And over what? Over who governs and rules, not even Ukraine, but the Donbas, the eastern region in Ukraine, where a majority of people actually identify as ethnic Russians and want to be part of Russia.”

Greenwald continued, “Yet there’s almost no debate about whether we should be sending huge amounts of money there and risking the lives of American citizens through the possibility of a nuclear war.”

1 thought on “Greenwald: No One Talks About Ending Ukraine War For Fear Of Being Labeled A ‘Traitor’ | ZeroHedge”