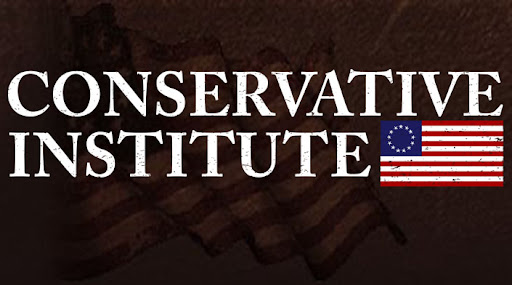 Protests against the draconian zero-COVID policies of the ruling communist party in China are spreading across all cities. The Chinese people haven’t stood up to their government in this fashion since 1989, which ended with brutality as communists drove tanks in and crushed the protestors. A generation later, China returns to that boiling point, and it’s hard to figure out what happens next.

Protestors take the streets of China.

The videos coming out of China show people protesting the zero-COVID policies. China has kept people locked down as COVID-19 cases spike again. One of the flash points is the FIFA World Cup – Chinese citizens can watch those matches and see everyone else in the world maskless and having a good time. Meanwhile, they’re in total lockdown. The images are so powerful that Chinese censors are cutting out crowd shots from the soccer stadiums in Qatar.

People are getting locked and welded into their apartments, unable to leave. One viral story out of China was of a four-year-old girl calling for emergency help because a fire broke out in her house. She could not leave the burning house because authorities had forcibly locked her and her family in the building.

That girl was lucky; another group of people who had the same situation got no help – they died. Protestors are incensed an apartment fire killed many people, and COVID lockdown rules prevented any of those trapped from escaping. China denies this allegation, but you can take that with all the grains of salt in the world.

Chinese police even detained and beat a BBC reporter for recording footage of the scene of protests. In a statement, the BBC said:

“During his arrest, he was beaten and kicked by the police. This happened while he was working as an accredited journalist. It is very worrying that one of our journalists was attacked in this way whilst carrying out his duties.”

“We have had no official explanation or apology from the Chinese authorities, beyond a claim by the officials who later released him that they had arrested him for his own good in case he caught Covid from the crowd. We do not consider this a credible explanation.”

These are not the actions of a confident government. Arresting foreign press in the middle of a much broader protest by your own people is a sign that the communists are getting desperate.

What the Chinese people are doing here is heroic in every sense. They know the consequences of protesting. In 1989, the Chinese Communist Party rolled in tanks and the military to crush pro-freedom protests. Hundreds, if not thousands, of people were killed as a result of the communists cracking down on any dissent.

Since then, China has massively expanded its domestic surveillance programs. Every citizen is tracked, new technology is used to find dissidents, and people vanish without a trace if the regime disapproves of them. The modern Chinese surveillance state is all the worst parts described in George Orwell’s novel “1984,” but with all the technological advances we’ve had in the computer and internet age.

And yet, the Chinese people are protesting anyway.

Protestors are using several creative tactics to evade censorship from the Chinese Communist Party. One tactic involves “students at universities in cities including Nanjing and Beijing holding up blank sheets of paper in silent protest, a tactic used in part to evade censorship or arrest.”

Perhaps the most intelligent protest method involves math. Nathan Law tweeted, “Students from the elite school Tsinghua University protested with Friedmann equation. I have no idea what this equation means, but it does not matter. It’s the pronunciation: it’s similar to “free的man” (free man)—a spectacular and creative way to express, with intelligence.”

Beyond that, and the most dangerous part of these protests, people are explicitly calling for Xi Jinping to step down. “In Shanghai, protesters early Sunday morning chanted ‘Xi Jinping! Step down! CCP! Step down!’ while standing on a road named for the city of Urumqi, a rare show of defiance of the country’s leader”

These are more than just protests against COVID-19 policies; these Chinese protestors are demanding something new. Here in America, we’re beyond COVID-19 as an issue. In China, COVID-19 emerged in November/December of 2019, which means they’re hitting the three-year mark with this pandemic, with no end in sight.

The Chinese Communist Party failed the pandemic worse than any other government. Their lockdown policies have failed, they can’t handle the hospital loads, China’s vaccine is no good, and they can’t deal with any pandemic fallout. Now, people are starving, tired of being locked in their homes, and dying because of these policies.