27 Then Peter said to Him, “Behold, we have left everything and followed You; what then will there be for us?” 28 And Jesus said to them, “Truly I say to you, that you who have followed Me, in the regeneration when the Son of Man will sit on His glorious throne, you also shall sit upon twelve thrones, judging the twelve tribes of Israel. Matthew 19:27-30 (NASB)  Read verses 29-30 on the site.

God awoke this believer from a spiritual stupor in 2004. From my rebirth in January 1986 through the end of 2003 I rode a roller coaster of faithfulness and backsliding to the point that I despaired of ever being able to be consistent in my walk….

What always amazed me during that period is how God still used the spiritual gifts He had given me despite my own sorry spiritual state. It did not help that I was also suffering from depression after the Oklahoma City Federal Building bombing in 1995. I confess that from April 19, 1995 through 2003 I was a very angry, resentful person. Then God drew me to Himself in January 2004 in such a way that ‘reversed it all and changed it all.’ It took 8 months of drawing closer and closer to Him, but He did a wonderful work in this heart.  View article →

Ezra 1:1 – Most kings don’t liberate their subjects – like Rehoboam they tend to up the ante (1 Kings 12:11), but Cyrus brought in a unique policy. It was so unique that many people doubted that such a king would fund the construction of a foreign deity’s temple…. until something showed up in London that had been unearthed in Babylon 130 years ago.

In the British Museum you can see the Cyrus Cylinder, that features a similar proclamation to other people groups. (Some people may say that this cylinder contradicts Ezra in that Ezra appears to be exclusively Jewish liberation. Ezra does not say no other peoples were liberated – similar to Ross Perot’s On Wings of Eagles, sometimes to free one person from jail, one has to free everyone from the jail).

…whose sanctuaries had been abandoned for a long time, I returned the images of the gods, who had resided there [i.e., in Babylon], to their places and I let them dwell in eternal abodes. I gathered all their inhabitants and returned to them their dwellings….

Ezra 2:64-65 – The seventy years of captivity are over (Jeremiah 25:11-12). We’ve just read the list of the almost 50,000 heroic pilgrims who left the big cities of Babylon to return to Canaan. In a similar trek that Abraham took, leaving Ur of the Chaldees for Hebron, these pilgrims leave Babylon for Jerusalem, following the Lord’s command (Jeremiah 29:10). Not the beautiful city of the past, but the burned out, overgrown capitol with destruction where was the temple.

1 Corinthians 1:18 – What kind of message is it to tell people established in an affluent cosmopolitan city to abandon it for a place that God has supposedly told you? It sounds like foolishness. The message today is we’re leaving our impressive cities and comforts for a home up in the sky! We are to abandon laying up treasures on earth and start laying up treasures in heaven (Matthew 6:19-20). Our friends think we’ve lost 100% of the money that we’ve given to the Lord, but we’re offered a 100-fold return (Mark 10:30).

Psalm 27:9 – Where do we find our salvation? In God who will take us in when our earthly parents believe we have embraced foolishness (Psalm 27:10). Yes, if we want His blessings we need to seek Him (Psalm 27:8).

Proverbs 20:22 – Speaking of waiting on the Lord, Proverbs reminds us again!

The founder of the Hillsong megachurch, Brian Houston, has been charged with allegedly concealing his father’s sexual abuse of a child in the 1970s.

COVID could eventually mutate into a “ultimate” variant 600 times more infectious than the original from Wuhan, experts have claimed.

A study which plotted future outcomes for the virus, flagged a worrying – although rare – possibility it could truly outfox vaccines and lockdown attempts. 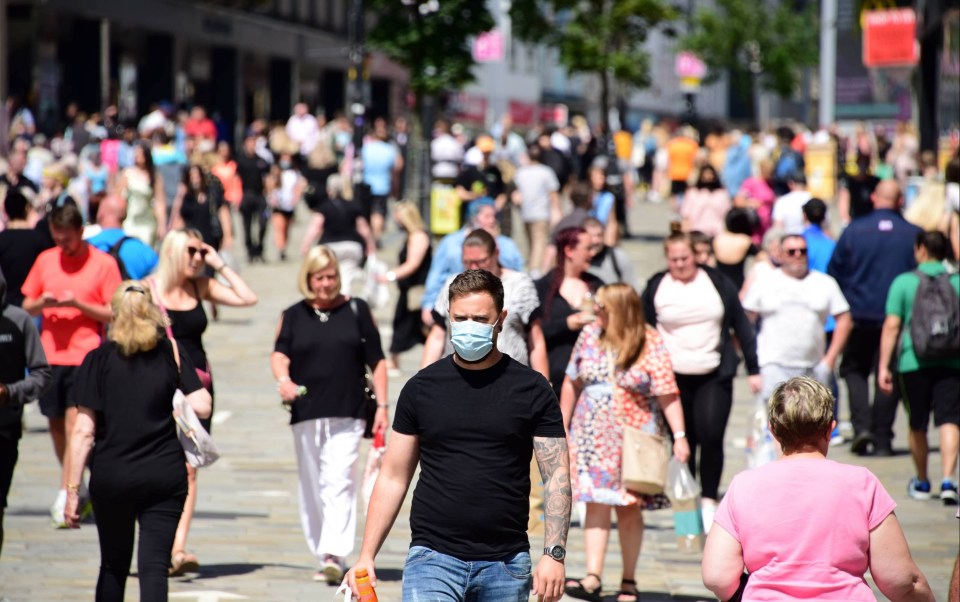 A lab in Israel found there is a way Covid could spread much faster, if the right mutation happened.

Led by scientist Gideon Schreiber, the research broke down the virus’ spike protein “hook”, which it uses to break into human cells, into it’s most basic parts.

It then used those to try and work out all the possible combinations that could be made through virus mutations.

One of which was 600 times better at infecting humans than the original strain – evading vaccine antibody defences and with increased transmissibility.

“These findings suggest the need for close monitoring of the efficiency of drugs and vaccines for current and future mutations.”

Dr Stuart Turville said the study was a “glimpse into the future of what this virus can become”, with the “ultimate mutation” seen in a “sped-up evolution.

He told news.com.au: “We’ve done an experiment where we’ve looked at the full virus spike protein with that particular receptor binding.

“To cut a long story short, yes, it transmits much better than Delta.”

The World Health Organisation director of emergencies, Michael Ryan, warned worse could follow Delta as the virus continues to change.

He said: “Delta is a warning — it’s a warning that the virus is evolving, but it is also a call to action that we need to move now before more dangerous variants emerge.

“The game plan still works, but we need to implement and execute our game plan much more efficiently and much more effectively than we’ve ever done before.”

The Delta variant rampaged across the UK after first being seen in India. It was first flagged up in Britain in mid-April.

It was one of three from India that arrived on British soil around the same, but took off at a much more rapid rate.

Its biological advantage of being able to spread faster than any other variant allowed it to become rampant even with some restrictions still in place.

It has now spread across the world, with the US and China among the latest countries hit with the infectious variant.

Dr Fauci warned that the Delta surge in the US will send Covid cases soaring to more than 200k per day before plummeting, like in the UK.

Richard Neher, an evolutionary biologist at Switzerland’s University of Basel told Newsweek the variant threat is “the pandemic within the pandemic.”

“Having billions of people infected presents a breeding ground for variants unlike anything we’ve ever seen with these sorts of viruses,” another biologist, Jonathan Eisen, warned.

In this special episode, Dinesh has an in-depth conversation with Dr. Neil Frank, the legendary meteorologist who was former director of the National Hurricane Center and is considered one of the greatest living experts on hurricanes and weather phenomena. Frank’s expertise is in climate and climate change, and he and Dinesh will examine several critical questions: Is the earth warming? If so, are humans primarily responsible? Are severe weather events from storms to hurricanes the result of man-made climate change? If the science does not support climate change, what’s the real agenda of this activist community?

Hoover Institution senior fellow Victor Davis Hanson on the rise of ‘wokeness’ and its impact on U.S. companies.

Eric Bolling slams the Cuomo brothers and their ‘tv shenanigans,’ his refusal to resign and more – via Newsmax’s ‘Eric Bolling The Balance’

Lebanon witnessed massive ceremonies and protests on Wednesday, with thousands of Lebanese marching through the streets of Beirut to commemorate the grim anniversary of an infamous 2020 explosion that killed 214 people and injured thousands more. There has been little to no accountability and the economic and political situation in the country has only continued to deteriorate. Former Pentagon official Michael Maloof joins to share his insights on the tense political situation still simmering in Lebanon. He also weighs in on worrying new friction between Lebanon and neighboring Israel. (5:00)

Then RT America’s Natasha Sweatte reports on New York Gov. Andrew Cuomo’s increasingly precarious fight against mounting scandal and disgrace as calls for his resignation or impeachment intensify and those accusing him of sexual assault and harassment continue their pressure. (10:31)

And later, former Georgia state Rep. LaDawn Jones and Ned Ryun of American Majority join RT America’s John Huddy to weigh in on controversies facing Governors DeSantis and Cuomo over the former’s condemnation of the media for fanning COVID-19 hysteria and the ever-greater exposure of the latter’s history of alleged sexual assault and harassment at his office. (15:19)

Plus, author and former athlete Ed Rush joins to discuss the interwoven nature of political activism and athletics at the Olympic Games unfolding in Tokyo. He says he’s “thrilled with our athletes” and was pleased that political disruption didn’t steal the spotlight, as many feared it might. (20:42) 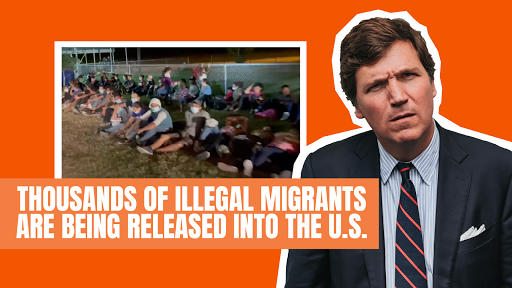 When the borders become totally overwhelmed with record-breaking numbers of illegal crossings, what do you do? Well, here’s the current “solution.”

Congressional staffer Jennifer Massey weighs in on Twitter’s enlistment of Associative Press and Reuters to serve as fact checkers, which she argues will accelerate Twitter’s fondness for censorship.

Critics allege that Twitter’s frequent manipulation of media narratives on its platform springs from partisan bias.

Seth Dillon, CEO of popular satire brand The Babylon Bee, comments on his war against ‘trolls’ and ‘fact-checkers’ who disagree with his perspective, and shares some of his recent joke headlines about the scathing report regarding alleged misconduct by New York Governor Andrew Cuomo.