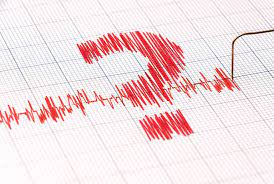 Elon Musk has not actually changed the “content moderation” policies at Twitter yet, but President Joe Biden went on a virtual rave on Friday over the prospect of free speech breaking out on a single social media site. As a type of censor-in-chief, Biden has led calls for censorship on social media, which have been largely heeded by companies like Facebook and Twitter. Now Biden is accusing Twitter of “spewing lies all across the world” by seeking to reduce one of the largest censorship systems in history. The President lamented that the influence of the media will be “de minimus.” He is a bit late on that front.

President Biden has previously accused social media companies of “killing people” by refusing to impose robust censorship over a wide range of subjects. Many of those banned or censored were doctors with opposing views on the data and the science related to the pandemic.

Some of those doctors were the co-authors of the Great Barrington Declaration, which advocated for a more focused Covid response that targeted the most vulnerable population rather than widespread lockdowns and mandates. Many are now questioning the efficacy and cost of the massive lockdown as well as the real value of masks or the rejection of natural immunities as an alternative to vaccination. Yet, these experts and others were attacked for such views just a year ago. Some found themselves censored on social media for challenging claims of Dr. Fauci and others.

The Great Barrington Declaration was not the only viewpoint deemed dangerous. Those who alleged that the virus may have begun in a lab in China were widely denounced and the views barred from being uttered on social media platforms. It was later learned that a number of leading experts raised this theory with Fauci and others early in the pandemic.

1 thought on “The Ron Paul Institute for Peace and Prosperity : ‘How Do People Know the Truth?’: Biden Unleashes Tirade Over Musk Restoring Free Speech Protections on Twitter”